February 16 2018
31
Millions of people were left without electricity as a result of shelling by terrorists of the city of Mhard in Hama. The population of Aleppo came to the rally, demanding the US to leave the UAR. Reports about it FAN with reference to Syrian sources. 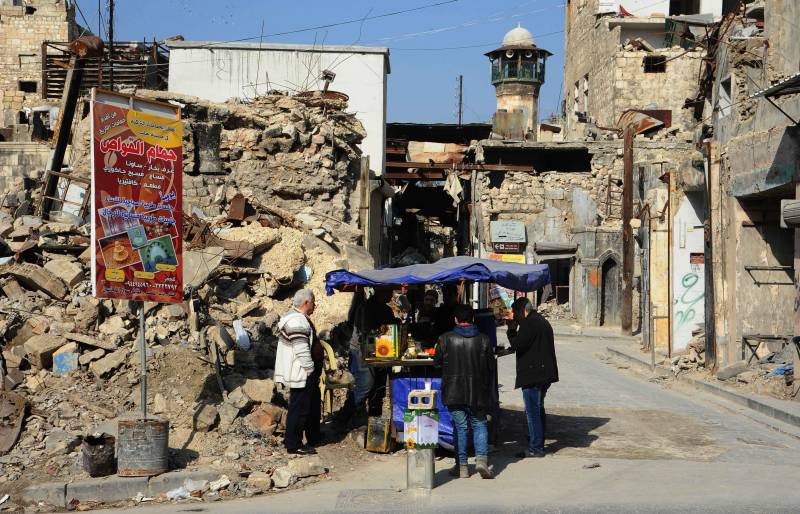 In the past 24 hours, it became known that the militants of the IG (grouping banned in the Russian Federation) succeeded in clashes with the Islamists of Dzhebhat al-Nusra (banned in the Russian Federation) south of Damascus. As a result of the fighting, most of the Al-Yarmuk camp was under the control of the Igilovs. The skirmishes in Eastern Gut were again noted. The strongholds of the radicals came under fire from the government army, as well as the air strikes of the Syrian air force in the vicinity of the cities of Irbin and Duma. In the afternoon, reinforcements were sent to the northeast of Damascus.

In the provincial capital of Tartus, an unexpected attack on three commanders of the Syrian Arab Army (CAA) occurred. An unknown gunman opened fire on cars in which military personnel were stationed. Although the attacker failed to achieve the intended goal, the commanders were injured. It is not known which of the terrorist groups is responsible for the attack, however, according to reports by local activists, an al-Nusra militants stationed in the northern part of Homs province probably snuck into the region.

In the north-west of Syria, fierce fighting continued between the Popular Self-Defense Detachments (YPG) and the forces of the Syrian Free Army (FSA), supported by the Turkish Armed Forces. Clashes were noted in the north of the Afrin Canton near the city of Bulbul. The settlements of Durga and Durakli (Aleppo Province) came under the control of the pro-Turkish detachments. Later, the SSA detachments also captured the villages of Sharbanli, Juqaly Tahtani, Kharab Suluk and Kara and a number of heights near them. Residents of the capital of the region went to rallies, condemning the US military presence in the SAR. People are demanding that Washington withdraw its troops from Syria, since the United States is acting illegally in the SAR. 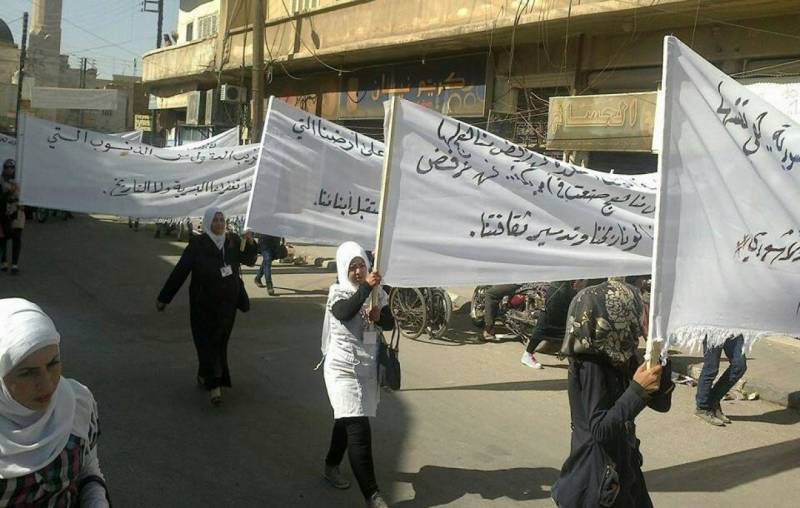 In the southern part of Idlib, close to the border with neighboring Hama, there were armed clashes between the terrorist alliance, led by an-Nusra, and government forces supported by Russian videoconferencing. Recall that the Syrian Arab Army (CAA) halted a large-scale offensive in the region after taking the settlement of Abu Duhur. During the day, UAR troops conducted artillery preparation for Islamist positions. At the same time, military aircraft of the Russian Aerospace Forces hit the military sites of the radicals in the vicinity of the city of Khan Sheikhun and the military airport "Taftanaz".

On the eve of "en-Nusra", once again fired on the Christian city of Mharda and put the power station out of operation. This led to the fact that millions of Syrian citizens in Hama, Tartus and Latakia were left without light. Moreover, for a few more hours the repair crews could not get close to the station due to the incessant fire of the radicals. Militants also attacked the city of Salhab. In response, the aircraft of the VKS of the Russian Federation carried out combat missions in the zones of deployment of troops and military equipment of terrorists near the settlements of Al-Latamin, Deir Sanbul, Sukhyan and Jebal Shahshabu. In turn, the divisions of ATS held back attacks from Islamist strongholds.

Ctrl Enter
Noticed oshЫbku Highlight text and press. Ctrl + Enter
We are
Summary of the situation in the DPR from the military officer "Mag"Donbass Weekly Summary
Military Reviewin Yandex News
Military Reviewin Google News
31 comment
Information
Dear reader, to leave comments on the publication, you must sign in.