Syrian puzzle: CAA goes to the aid of the Kurdish detachments in Afrin

February 16 2018
61
RIA News with reference to (quote) "an informed source" reports that in the coming days, the Syrian government army will enter Afrin. Recall that at the approaches to this city in the north of the SAR now Turkish troops and pro-Turkish forces of the so-called “free army” are fighting with the Kurdish militia. We are talking about the operation "Olive Branch". 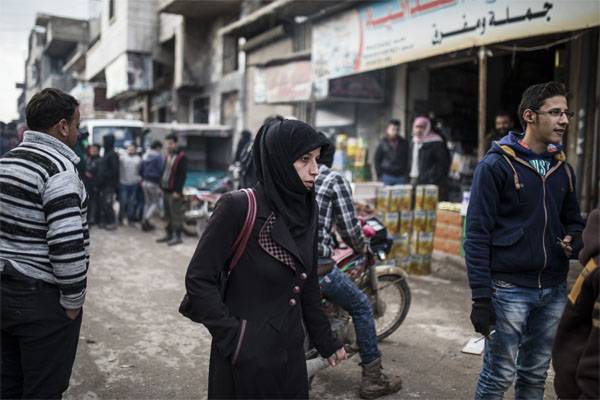 If you believe the "informed source" RIA News, the CAA is ready to enter Afrin after the agreement that was recently reached between official Damascus and the command of the Syrian government units.

The Pentagon currently refrains from official comments on this subject, while continuing to recognize the fact of support for Kurdish troops in northern Syria. Recall that the Turkish leadership considers the Kurdish YPG units linked to the Kurdistan Workers Party, which is recognized by Ankara as a terrorist organization.

Ctrl Enter
Noticed oshЫbku Highlight text and press. Ctrl + Enter
We are
Reports from the militia of New Russia for 27-28 September 2014 of the year
Military Reviewin Yandex News
Military Reviewin Google News
61 comment
Information
Dear reader, to leave comments on the publication, you must sign in.