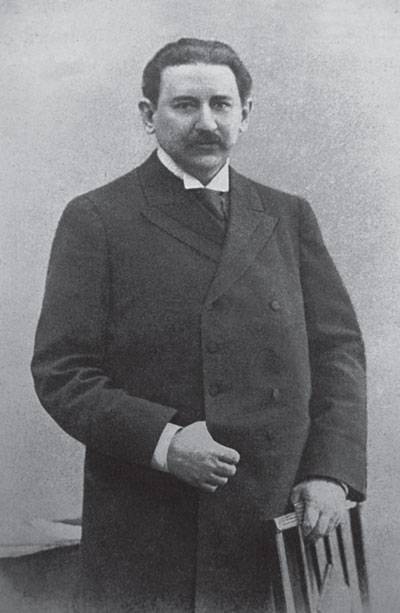 In 1914, in the Russian Empire, there were 53 commercial joint-stock banks that had 778 branches. 5 of the largest banks (Russian-Asian, St. Petersburg International, Russian for foreign trade, the Azov-Don and Russian commercial and industrial banks) concentrated up to half of the resources of all Russian commercial banks in the hands of the First World War.

B. A. Kamenka in 1910 - 1917 - Chairman of the Board of the Azov-Don Commercial Bank. The capital of the latter approached the sum of the assets of the St. Petersburg International Bank, the largest in that period (20000000 rubles of share capital and 12200000 rubles of reserve capital). By current accounts and deposits, the Azov-Don Bank even overtook the leader (84100000 rubles).

During the five years before the war, the bank's share capital reached an impressive figure of 50000000 rubles, and current accounts and deposits - 211600000 rubles. The volume of bank operations increased by more than 1,5 times, and the volume of bill loans of the Azov-Don Bank exceeded those of the St. Petersburg International.

The bank under the leadership of B. A. Kamenka became the fourth largest commercial bank in Russia.

Since 1911, its shares have been listed on the Paris Stock Exchange. Materials of registration of Russian securities in France in 1919 showed the presence of shares of this bank (at par) in the amount of 19500000 rubles. Shares of the bank with 1910 were quoted on the Berlin Stock Exchange.

B. A. Kamenka was actively involved in banking and personally worked with major shareholders. So, at a meeting of shareholders 27. 03. 1914, most of the shares for which the Bank Für Handel und Industry issued certificates, were represented by B. A. Kamenka. R. Michon, the former consul of France in Russia, was introduced to the Board of the Bank on the initiative of B. A. Kamenka.

The following fact testifies how much BA Kamenka valued in the foreign banking sphere. When at the beginning of 1914, Boris Abramovich was elected to the administrative board of the Bank dei Peyi du Nord, the Council, urging shareholders to ratify the appointment of B. A. Kamenka, reminded of the links with the Azov-Don bank, calling the latter’s chairman the board. The help from B.A. Kamenka was called as “precious”.

B. A. Kamenka was also the chairman of the boards of a number of organizations - for example, the Society of United Cement Plants, the Taganrog Metallurgical Society and the Russian Society Siemens-Schuckert.

By providing loans to industrial enterprises, the bank, under the leadership of B. A. Kamenka, sought to establish control over them. But it was not a control for the sake of siphoning off resources — but a control for increasing the profitability of enterprises. For example, in 1911 - 1912. The Azov-Don Bank carried out the financial reorganization of the Sulina Metallurgical Company. In 1912, acquiring the Kerch Metallurgical Plant from the State Bank, B. A. Kamenka combined it with the Taganrog plant - as a result, the Taganrog society, having acquired its own blast furnace production, became one of the most profitable metallurgical industries in the south of Russia.

On the eve of the First World Azov-Don Bank began to be active in the field of oil industry.

The war seriously changed the situation in the banking sector - the transfer of heavy industry (and later key branches of light industry) to serving military needs led to the fact that the most important industrial clientele of banks went to state financing (military supplies were financed by the State Treasury). Accordingly, commercial banks direct their main resources to finance military spending. At the same time, banking control over various enterprises grew - and by 1917 it spread to 468 enterprises (44% of Russian share capital).

B. A. Kamenka did not forget about his belonging to the Jewish community.

In 1917, a respected specialist B. A. Kamenka becomes an adviser to the Provisional Government. He was in charge of financial matters.

In the revolutionary year, he did not stay aloof from politics - B. A. Kamenka sponsored the Cadet newspaper Rech. Although in terms of “freedom of speech” 1917, as an eyewitness recalled, “... the newspaper did not keep pace with bankers and chauvinists such as Kamenka and Milyukov. But she did not keep up with the Bolsheviks. "

Supporting the activities of the People’s Freedom Party and its organ, the Rech newspaper, B. A. Kamenka acted through A. I. Kamenka (a relative and member of the Council of the Azov-Don Bank) - a member of the Central Committee of the Cadet Party.

As noted by a contemporary, everyone knew that Rech was published using bank funds.

After 1917, Mr. B. A. Kamenka left Soviet Russia, but did not participate in the Civil War. In 1920, he rejects P. N. Wrangel’s proposal to become finance minister in the Crimean government.

After 1920, Mr. B. A. Kamenka emigrated, but continued to be active abroad. So, he participated in the creation of the Russian Trade and Industry Union, established in Paris in 1921 by Russian entrepreneurs. In the same year at the Paris congress of representatives of Russian industry, he delivered a report. In 1923, Mr. B. A. Kamenka becomes Chairman of the Paris Russian Insurance Society. He did not forget about the publishing activity - he participated in the publication of the Berlin cadet newspaper "Rul".

As recalled by a man who knew the entrepreneur closely, B. A. Kamenka was, by all accounts, one of the most talented financiers of his time and at the same time one of the cleanest in the banking sector. He noted that this "not expansive, handsome Jew" closed in the framework of banking operations. And, although Kamenka became a cadet banker, he did not distribute seats to the cadets and did not use their influence on the affairs of the bank. And in exile, he remained an authority in banking.