February 19 2018
10
At one time, when writing a work about the Russian General P. A. Plehve, we were interested in the actions of the 17 Army Corps of the 5 Army at the first stage of the Tomaszewski battle - in the battle of Tarnoshin. After all, it was precisely the penalty in this compound that put the 5 Army in a difficult position - which, at the cost of incredible efforts, had to be rectified. But what are the reasons, the details of the failure of 17-second army?


So, 7 August 1914 g. 4 army of the Russian South-Western Front, deployed on the Austrian-Russian border, launched an offensive. The front was assigned an operational task: "defeat the Austrian troops, with the intention of preventing the withdrawal of significant forces south to the Dniester and west to Krakow." 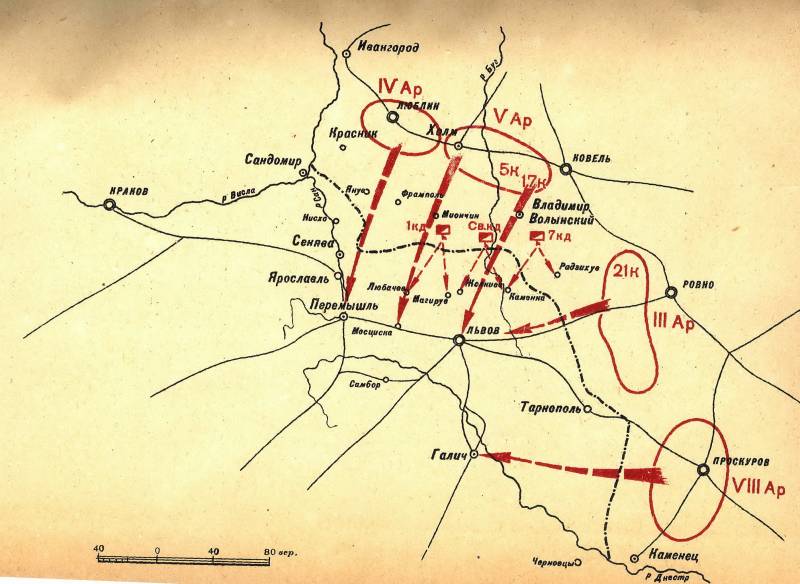 The 5 Army, which included the 17 Corps, was taken by train to the Kovel-Kholm region and advancing in the direction of Mostsisk-Lviv. To the west, the 4 Army was advancing - in the general direction of Przemysl. To the south, covering Galicia with a half-ring, the 3-I army was advancing from Rivne, also to Lviv, and further to the south, from the Proskurov region, the 8-I army — to Galich.

On August 10, the front-right front army got involved in stubborn battles on the Krasnik, Yanov, Frampol line, and by the evening of 12, the situation became threatening - she was forced to withdraw one shift to the north. In order for the first failure not to be crushed, the front command ordered the 5 Army to stop advancing into Lviv and turn to the aid of the 4 Army with its Western corps. In this regard, the 25 and 19 corps of the 5 army received an order to turn to the west, and 5 and 17, not yet having a new task, were stopped by a day for August.

17 Army Corps was commanded by Infantry General Pyotr Petrovich Yakovlev, who was once a battalion commander in the 12 Grenadier Astrakhan Regiment and later commander of the 3 Grenadier Division. 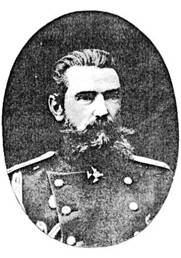 The compound included: 3-I (located in Jary) and 35-I (located in 12 km south of Sokal) infantry divisions. The 61 Division, also assigned to the corps, had not yet arrived fully at the theater: its two avant-garde regiments with three batteries had already joined the corps (the remaining units were just arriving by train to Vladimir-Volynsky). The 7 th cavalry division attacked the corps during the operation, advancing between the 5 and 3 armies. The neighbors of the 17 Corps were: to the west - the 5 Corps of the 5 Army, which was located in the Novoselka area; To the south, 21 Corps of the 3 Army operated, which was located in 40 km from 17. The right-flank division of the 21 corps (69-I) was in constant contact with the 35 division of the 17 corps - the contact was provided by the actions of the motorcyclists. 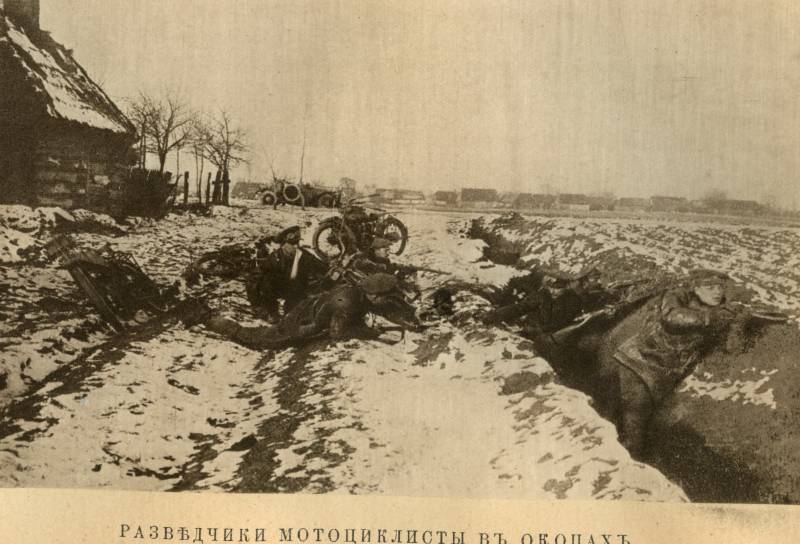 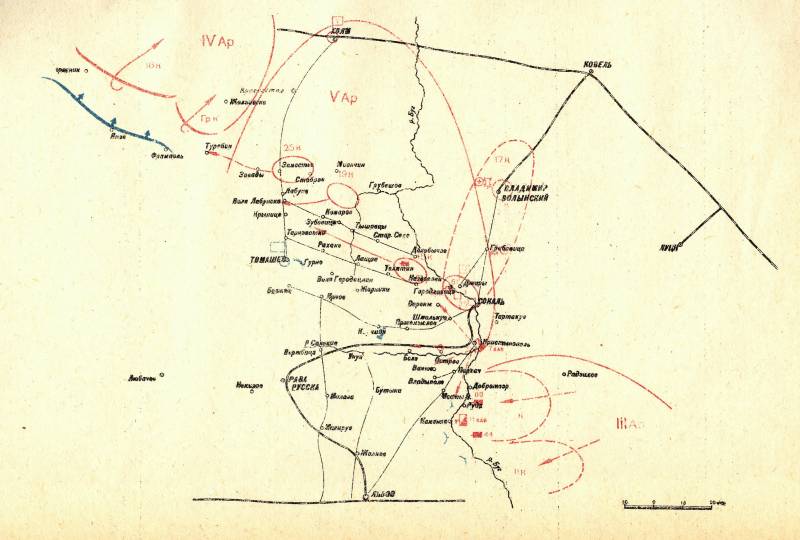 Before the front of the 17 Corps, the 7 Cavalry Division conducted reconnaissance. And on August 12, the corps headquarters received a report that, after encountering small enemy forces, she captured Kristynopol and settled down for the night - in close contact with the enemy, whose forces were evaluated in the 3 cavalry squad with the support of 2 of the Landshtourmists. The sector between the 5 and 3 armies was captured by intelligence, and in the morning of August 10, information about the enemy began to arrive from patrols. One of the hussar patrols at Kristynopol even entered into a serious battle with the enemy - with the support of the equestrian artillery division.

The general conclusion was that the Austrian cavalry unfolded before the front of the corps on the line south of Belz - Ostrov, Ostrov - Kristynopole to a brigade supported by landscapeisturists who had previously occupied the border (on many sectors of the Russian-Austrian front, enemy concentration was placed on the enemy forces) .

Special attention was paid to communication.

During the day the connection worked satisfactorily. But where the corps (as was the case with all corps of the 5 army, except for the 17 corps) moved away from the telegraph lines carried out in peacetime, the corps communication with the army headquarters was disrupted. Army commander P. A. Plehve, in a number of orders, reminded of the need to take decisive measures to maintain high-quality communications during the implementation of the army maneuver.

The hull was provided with all kinds of transportable stocks for the 9-day period. But not all logistical establishments of the army arrived in the area of ​​concentration, in particular, not all bakeries arrived. But this could not have an impact on the actions of the 17 corps, since the connection was no further than the 4 - 5 junctions from the Vladimir-Volynsky railway station.

On August 13, when the 17 Corps stood for a day in the Jary area, Sokal, its headquarters received the following directive from the commander-5: “The task of the army is to strike the flank and rear of the enemy advancing on the 4 army at the front of Krasnostau, Frampol. For the initial support of the 4 Army, the 25 Corps was sent from the Zamoć region, Stabrov to the front Zholkievka, Turbin. The 19 Corps must be affirmed behind the Tomaszewski highway on the front of Labun-Krynice. To accomplish this task, I intend to move the 19 body to the left of the 25 body with a ledge. Wrap the left shoulder of 5 and 17 bodies forward and advance in a westerly direction, in the lane between Dolobychev, Old Village, Tyshovry, Mosquitoes, Volya Labunska and Novoselki, Telyatin, Laschev, Rakhan, Tarnovatka roads. The 17 Corps is advancing in a lane south of this road. The 5 Corps reach the Tomashevskoe highway in the Volya section of Aabunska, Tarnovatka. The 17 Corps is located in the Volya Gorodetskaya, Yarchov, Zherniki area ”.

The commander informed the commander of the 17 corps that the 7 Cavalry Division submits to him for the time of the flank march and "must follow the outer flank in the general direction to the west, in accordance with the needs of the most active intelligence and maintaining the most active communication with the 3 army."

The commander of the 17 Corps made a decision and gave orders to conduct a maneuver. 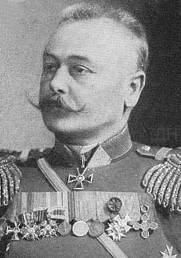 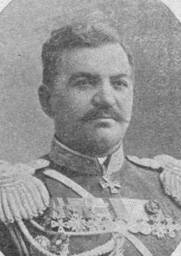 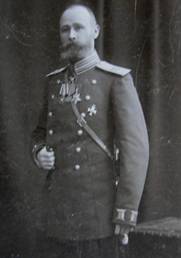 The 7 Cavalry Division of Lieutenant General M. S. Tyulin was to conduct reconnaissance in a southerly direction. In addition to this order, the corps commander instructed the 7 th cavalry to act. 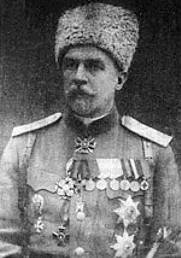 Repeating the orientation of the enemy, the new task of the corps and the organization of the march on 14 August, P. P. Yakovlev formulated the cavalry mission: “During the flank march of the corps of your division, cover its left flank from the south, for which you should be the core of the division in Belz , Unuv, Grebenne (on the highway Rava-Russka, Lyubych) and reach the Belz area south of the railway ... You should maintain the closest connection with the 3 army, whose right flank will reach Kamenka. ”

Thus, in accordance with the order of P. A. Plehve, the commander turned his units to the west and sent them to Tomashev in order to strike the enemy on the flank and rear.

The corps command's mistake was ignoring the measures that ensured the quick seizure of the forest groups Varenzh, Shmilkuv. This affected during the battle of 15 August.

Neither air nor mounted reconnaissance detected any large enemy forces in the direction of movement. But only in three crossings behind the enemy’s curtain there was a large railway junction - Lviv, capable of delivering up to 100 trains per day. What happened in the area was unknown. It would seem that the Commissar should: 1) ask the commander to find out (by air and undercover intelligence) what is being done in Lviv; 2) move the enemy's curtain to the south - at a distance that ensures the operational safety of the hull. Moreover, the terrain on the southern flank was peculiar: the flank of the compound was covered by a swampy valley of the r. Solokia 2 - 4 km wide with crossings no closer than 5 - 10 km from each other (the occupation of these crossings would seriously guarantee the tactical security of the march), and, moreover, the area south of the river. Solokiya and almost to the city itself was full of extensive forests, which gave an excellent disguise to the Austrian troops.

But P. P. Yakovlev provided the flank of the corps (and at the same time the army) of the cavalry division - indicating the route for the movement of its main forces in 5 km south of the 35 infantry division. At the same time, he provided at her discretion the choice of the method of reconnaissance on the southern bank of the r. Solokia. The cavalry chose the form of reconnaissance — patrols, which only the front edge of the enemy’s curtain could see and deprived (due to numerical weakness) of the opportunity to force the enemy to show whether there was anything behind this curtain that is relevant to the upcoming corps battle. The cavalry was not reinforced.

On the other hand, the commander drew attention to the tactical guarding of the southern flank of the corps: the 35 Infantry Division was ordered to have a side vanguard, and a battalion was put forward at night for the most important crossing. These measures did guarantee the tactical security of the southern flank of the corps, but did not ensure the flank as a whole.

In addition, the marching order of the corps, if necessary, turning to the south turned out to be very weak at the most sensitive point - on the extreme left flank. When deploying the battlefield to the west, the 61 Infantry Division was hidden to the very depth of the battle order, and, on the contrary, when deploying the corps to the south it appeared on the open flank of the corps and the army — and the success of the battle depended on it.

PP Yakovlev sought to ensure the management of his body on the march. He ordered the telegraph company to continue the telegraph line from Dzhary to Varenzh, ensuring uninterrupted communication with the army headquarters.

We see that in organizing the march of his unit, P. P. Yakovlev formally fulfilled all the requirements of the Field Regulations: reconnaissance was organized in both operational directions (to Tomashev and Lviv), the march order was adjusted and ensured entry into battle; there was security; communication was established.

But, in essence, the main issues on which the success of the impending battle depended remained unresolved: intelligence did not provide the information that was needed for an expedient entry into the battle; marching order made inevitable a linear, uniform front-line engagement; the guard of the march did not provide from operational surprise from the Lvov direction. Finally, the management of subordinates (7 Cavalry Division) by setting tasks and allowing them to choose their own methods of execution led to the fact that reconnaissance of the cavalry division was organized in such a way that made it impossible to timely receive information that was crucial not only for 17 corps, but also for the entire 5 army.

By the evening of August 13, at the headquarters of the army, it became clear that the battle at the front of the 4 army and those corps of the 5 army that were in a hurry to help her was unsuccessful. The 25 Corps (3-I Grenadier and 46-I Infantry Divisions), changing the front to the west, he himself suffered a blow from the superior forces of the enemy at Zamosty. The 19 Corps, consisting of the 17 Corps and 38 Infantry Divisions, was stepped behind the 25 Corps to Tarnovatka. Although the 17 Infantry Division won a major victory north of Tarnovatka, capturing several hundred prisoners, the 38 Infantry Division moving on Rahan was overtaken by the enemy from the south and began to retreat. The 19 body was in a difficult situation and could not help the neighbor to the right - the 25 body. The commander, summing up the day, sent P. Yakovlev a decree: to increase the transitions in order to concentrate all army corps as soon as possible.

Ctrl Enter
Noticed oshЫbku Highlight text and press. Ctrl + Enter
We are
Day of the complete liberation of Leningrad from the fascist blockadeStalingrad "boiler"
Military Reviewin Yandex News
Military Reviewin Google News
10 comments
Information
Dear reader, to leave comments on the publication, you must sign in.