February 15 2018
27
Shooting of the prototype arctic anti-aircraft missile system "Tor-М2ДТ" was successfully completed at the Kapustin Yar testing ground in the Astrakhan region, the Defense Ministry of the Russian Federation reported on Thursday. 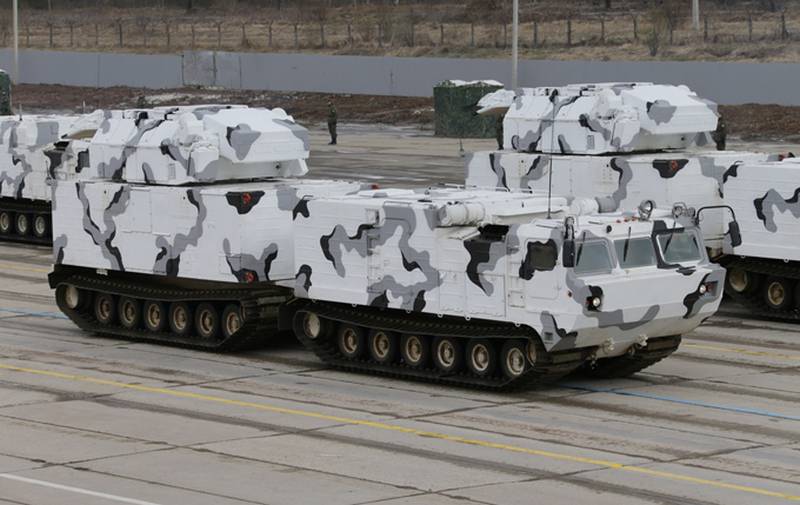 Today, at the Kapustin Yar test site, shooting tests of a prototype Tor-M2DT air defense missile system developed on the chassis of a two-link tractor for use in the Arctic and the Far North have been successfully completed. Shooting was done to assess the accuracy of targeting missiles at two targets when firing a burst. Combat shooting was carried out by a single combat vehicle in a difficult target situation, under interference conditions simultaneously on two targets in the air imitating cruise missiles
- stated in the military.

According to the Ministry of Defense, "the complex will have to go through environmental tests and test the possibility of transporting the product by air."


Upon completion of state tests and adoption, the delivery of the first divisional set will be made to one of the North fleet
- stressed in the Ministry of Defense.

the military department noted that the personnel of the anti-aircraft missile division will have to undergo retraining, conduct combat coordination and carry out combat docking.

After successful implementation of all these activities, the division will be ready to perform tasks for the purpose in the difficult conditions of the Arctic and the Far North
- added to the Ministry of Defense

Ctrl Enter
Noticed oshЫbku Highlight text and press. Ctrl + Enter
We are
The Ministry of Defense announced the final stage of state testing of the Arctic version of the Tor-M2 complexThe defenselessness of "Thors" and "Pantsiray" before the "blow to the crown" is preserved! Important "signals" exercises of the Air Force of South Korea
Military Reviewin Yandex News
Military Reviewin Google News
27 comments
Information
Dear reader, to leave comments on the publication, you must sign in.