And the weather: cold war frosts

February 16 2018
25
On the eve of the former Italian Prime Minister Silvio Berlusconi said that he is one of the architects of the world after the end of the Cold War. According to 81-year-old Silvio, he is saddened to see how the foundations of the international cooperation that has been built up and suffered, which fully began with the signing of a partnership agreement between Russia and NATO in Italy in 2002, are crumbling. It was this year that the former, and multiple, Italian Premier (1994-1995), (2001-2006), (2008-2011) called the year the real end of the Cold War and the start of a full-fledged dialogue between Russia and the United States.


Now Berlusconi is concerned about the growing degree of confrontation, which results not only in enormous economic losses, but also in an increase in the level of mistrust both between the United States and Russia, and between the countries of the “united” Europe. Berlusconi believes that it is absolutely foolish to try to reduce contact with each other exclusively in the sanction plane.

After such statements, the rating of Silvio Berlusconi, whose party Forza Italia, in alliance with the Industrial North League, is going to the polls, has once again crept up, making it clear that in Italy there are a lot of those who are not ready for the final departure from the dialogue with Russia and the slide into the abyss of the new Cold War. Today, public opinion analysis services in Italy unanimously give first place to the alliance in the coming elections on the Apennine Peninsula to the alliance led by 81-year-old Silvio Berlusconi.

Such statistics lead NATO partners into the very present rabies. After all, after 4 March (namely, on this day) elections will be held in Italy, the regiment of European “Putinists” may arrive ... And therefore already familiar statements of a group of Euro-Atlanticists are coming that Russia is interfering in the Italian elections. In general, the Euro-Atlantic formula dependence is extremely simple: if, anywhere, a politician utters the word "Russia" even in a neutral context, then Russia has definitely intervened ...

It is noteworthy that several days before Silvio Berlusconi’s statement in the Russian Foreign Ministry noted a clear tendency in the United States for an even greater confrontation with Russia. The official representative of the country's foreign affairs agency, Maria Zakharova, noted that one of the forms of increasing confrontation is the arrest of Russian citizens in foreign countries - at the request of the United States. Moreover, many of these countries are totally dependent on Washington, and therefore, in fact, they are deprived of the opportunity to send at least some independent justice. The Washington car puts pressure on any judicial system in the world, be it the Maldives, Colombia or the Netherlands.

By the way, it was the Netherlands that in 2013, in fact, violating its own legislation on extradition and deportation, issued to the US intelligence services two Russian citizens, who were recently convicted by the New Jersey court of hacking. Vladimir Drinkman, accused of stealing personal data of bank card holders, and Dmitry Smilyants, accused of involvement in hacking activities, were sentenced to 12 years and 4 years 4 months of imprisonment, respectively. At the same time, Smilyants had to be released directly in the courtroom, since he had already “served” his entire term in prison during the investigation.

And in this context it makes no sense to even consider the very question of the guilt or innocence of the Russians. If they are guilty, then the United States has something to do with it? .. And despite the fact that the US jurisdiction for some time extends to any territories where the word "dollar" sounded in a whisper ... And ever since the United States declared itself winners in the cold war.

And forgive me, but we can all together resent as much as the behavior of the United States and hope for the triumph of justice even in Europe “in the person of Berlusconi”, but in fact they treat us as they do with the defeated. This, of course, is extremely disgusting to realize, but for Washington we are a defeated state, whose power and people can think anything of themselves, but this does not change the fact.

While this, unfortunately, manifests itself very, very much. From the oddities of continuing stubborn investment in the American economy (and this against the background of the fact that the US Congress will push the Trump administration to introduce a new portion of sanctions as soon as possible to freeze those or other assets) to the oddity of virtually no response to the state, which Russia is the enemy.

Our diplomats are being searched in the United States almost to his underpants, they break locks and ceilings in diplomatic property, are denied an interview with the head of the embassy, ​​since he is “under sanctions”. At the same time, the ambassador of “His Majesty” the American himself strips down to his underwear and goes “to penetrate the Russian soulfulness” - to plunge into the baptismal ice-hole.

Our journalists are openly harassed by calling propagandists and fakekomotami, and American and British journalists here become the main characters of the endless series of talk shows that "how bad things are in Ukraine and how the West is rotting."

Our Olympians mix with some kind of dirt, sorry, inadequate, and we all try to shout that he is wrong, that he, he says, has a certificate. And to us here it is quite fair - the question in the face of the face: why didn't you know that he had a certificate? If they were put to a high position, it means that they themselves confirmed that everything was fine with ...

And what is there, in fact, you say. Is that hope for universal justice ...

And in general: we are trying to convince whom? The US-British system, for which each of us is a cog in a hostile mechanism trying to somehow interfere with American hegemony? .. Do we still believe that this system will be able to partner on an equal footing? Never, let us at least make up our desire to demonstrate that “we don’t want to answer” and that “we are above all of this”. This romanticism and this humanistic philosophy will completely go down for works of art, but they are at war with us - a real war, continuing to make every effort to make the country crumble, like the USSR used to do. And we are still trying to find and read their rules of the game. Yes, there are no rules! What rules can there be when an opponent on the chessboard has eight queens, five more pockets in his pocket, and this is called "fair play"? 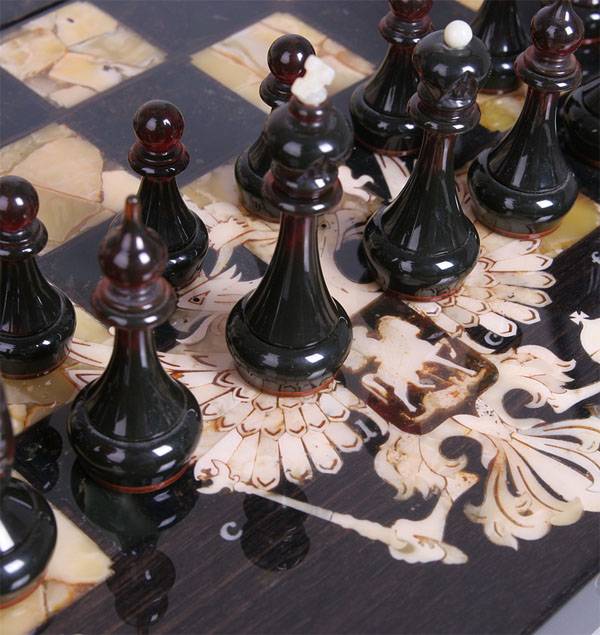 And the “rule” for Russia itself can be only one thing: if you do not develop respect for your own citizens, if you do not defend the interests of citizens anywhere in the world and under any circumstances, then all that remains is to hope that 81-year-old Berlusconi will win in faraway Italy ...

Ctrl Enter
Noticed oshЫbku Highlight text and press. Ctrl + Enter
We are
Situational analysis of the death of the MH17 flight (Malaysian Boeing 777), made on the basis of engineering analysis from 15.08.2014Results of the week. “In our cooperative, the board is always agreed”
Military Reviewin Yandex News
Military Reviewin Google News
25 comments
Information
Dear reader, to leave comments on the publication, you must sign in.