February 16 2018
52
Sometime about the role of “jerk Rodchenkov” in the demise of the Olympic sport in its current form will write books, because the incompatible things have contacted: Grigory Rodchenkov and the International Olympic Committee (IOC). Our Gregory became a kind of former Gregory Rasputin for the IOC. “I learn from a fool, and I use a fool,” Kozma Prutkov would add today about how the IOC used Gregory Rodchenkov’s ravings. 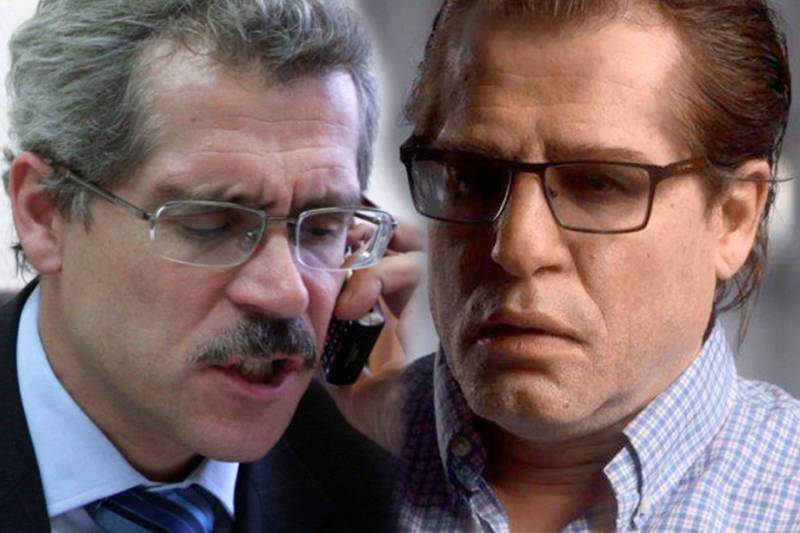 I think our responsible persons plunged into this unsportsmanlike historybecause they could not imagine that the mania and fantasies of the mentally unhealthy Gregory can be so used at the official level by the leadership of the IOC and personally by Thomas Bach. The fantastic doping picture of sports in Russia, which Rodchenkov drew, involving the participation of hundreds of athletes, coaches, doctors and ... Vladimir Putin as the main leader, in reality is simply impossible, if only because it cannot be kept secret because of the large number of participants.

Note that Rodchenkov’s writings are puzzling for all Russian athletes and coaches, they are unanimous in contempt for him. In Russia, as in other countries, there were, and, apparently, there will be further cases of doping by individual athletes - such is human nature, and so the Japanese athlete was caught right at the Olympics in South Korea, despite all the IOC doping fears. But to come up with such a doping novel ...

Therefore, the Arbitration Court of Sports in Lausanne (CAS) questioned Rodchenkov’s testimony, found the arguments of the IOC and WADA commissions unconvincing, did not find any evidence of the use of doping in the cases of the Russian athletes who applied to the court. All of them were acquitted by the court; with displeasure, American experts called it “the total victory of the Russians in court.” However, the IOC did not allow any of them to the Olympics in South Korea.

Richard Budget, a whole director of the IOC Medical Department, said that Russian athletes had been admitted to the Olympics, “for whom there was no suspicion,” that is, suspicions were the reason for removing athletes from the Olympics. This gives reason to suspect that the Badge is also a mentally ill person, like Rodchenkov. You can understand the patient Rodchenkov somewhere, who is also a writer, so he is eager for fame and has come up with a whole doping novel, but ... he also guessed to close him to Putin!

What is happening with the IOC, why did the IOC set it up like this? After all, he linked his reputation with the testimony of one Rodchenkov, WADA commissions, based on the same Rodchenkov, and hysteria in fake media. Their lies and phantasmagoria are already coming out, not only in the sports court in Lausanne, but also in the sports environment. IOC member René Fizel, president of the International Ice Hockey Federation, throws open charges: "Certain people wanted to humiliate Russia by punishing the athletes." That is, it is not only Rodchenkov ...

Elena Vyalbe, Olympic champion and president of the Russian Ski Racing Federation, said in an interview that she had known Rodchenkov for a long time that “Grigory himself had hardly thought of such a thing, he was told.” She also said what our functionaries are afraid to say: “Grigory Rodchenkov could have been recruited while working in Canada.”

This may very well be because Rodchenkov is now using the program of Gene Sharp, an employee of Senator John McCain and an American professor of color revolutions, as well as certain alleged human rights excesses. The recently departed Gene, began his activities in the field of the struggle for the bright Trotskyist future of mankind, which is suggestive of the origins of the methods of his struggle.

Objectively, Rodchenkov is led by the points of the well-known Gene Sharp Manual for non-violent actions leading to violent results. Recall its main provisions. To provoke a scandal, preferably with spicy details, and with universal accusations. Evidence is not important, the main thing is to accuse more loudly by connecting the world media (this is provided by the special services and the institutions of McCain’s “democracy”). We learn the beginning of Rodchenkov's doping novel.

Mandatory personification of the scandal in order to direct it to a specific person who needs to be discredited. This reinforces the protest, whipping up the emotions of the crowd, in comparison with the accusations of some faceless "system". Therefore, Rodchenkov is prompted by Vladimir Putin: he is the main goal of the campaign of the puppeteers Gregory, and not the “doping system in Russia”. Therefore, Putin almost personally gives instructions to Gregory. This is absurd, but the crowd readily believes in the absurd; a lie must be of enormous size, and it must be constantly repeated, ”Dr. Goebbels taught before Prof. Sharpe.

Therefore, in the color revolutions according to Gene Sharp, all their victims are always declared “dictators, bloody executioners, bloody butchers,” and so on, and the “colored” scum are always white and fluffy. Compare the “dictator Yanukovich” and the fighters with him, like the Nazi people's deputies Yarosh and Mosiychukov. And our Gregory, "with his snout in the same Kalashny series," declares on CNN that "Putin wants to kill him." And he puts on a vest before a visit to the studio: the crowd and the viewer need to throw food for emotions.

According to Sharp's training manual, the next step should be a “sacred sacrifice”, which should be hung up on a “bloody dictator” using fake media. In this case, Rodchenkov himself can become such a sacred victim. Because, in a strange way, he has no associates, other participants in his doping revolution. He is alone: ​​none of the famous Russian athletes supported him, he is supported only by functionaries of the IOC and WADA. Will the chairman of the WADA McLaren Commission be presented to Putin as a “sacred victim”?

Most likely, Rodchenkova. Because it becomes dangerous for the special services that use it because of inadequacy. He set them up at the Arbitration Sports Court, which “totally justified the Russians,” he drew the doping system already in 20 countries! “Ostap was carrying!” What else can we expect from him? - this is the imminent imminent failure of the whole operation of the "directors" of the IOC! And Rodchenkov himself announces on CNN about his possible "murder by Putin", despite the bulletproof vest ... However, Sharpe's training manual suggests that his friends could be the "lawyer" McLaren.

In all this history, it is important that Russia did not officially recognize the existence of a doping system in the country, the main accusation of WADA, insisted on what the head of the commission McLaren insisted on, agreeing with certain doping violations that exist in all countries, and it remains to be seen where they are more, where they are put on a "therapeutic stream". " Therefore, Russia retains the opportunity for counterplay against the IOC, WADA, their “directors”, which it can use after the end of the Games in South Korea.

The IOC has become a tool in the hands of American intelligence, a cover for trying to discredit the Russian president. A spokesman, Dmitry Peskov, reported on the position with which the Kremlin could oppose the IOC in connection with Rodchenkov’s testimony: “These are insinuations of a person who suffers from mental problems.”