Military topographers: “Without us, war will not start!”

February 15 2018
16
Humor, of course. But nevertheless, it is difficult to imagine a modern army without topographic maps. No, all these GPS, GLONASS is, of course, great. But for tablets, smartphones and other electronics, two things are needed, which in the case of a real batch may not be at hand. This is, first of all, electricity, the second - the signal of these same satellites.


What can happen with the orbital grouping of spacecraft, we have already told, the essence is the same: you can stay without a signal, and without receivers of this signal.

But the map is still a serious and reliable topic today. Slightly more 200 years already. 206, to be exact.

We attended the work of military cartographers who specified maps of the Pogonovo test site.

The most interesting thing is that the work of a military topographer over 200 years of existence, if it has changed, is very slight. The essence is the same - work first with feet, then with head. 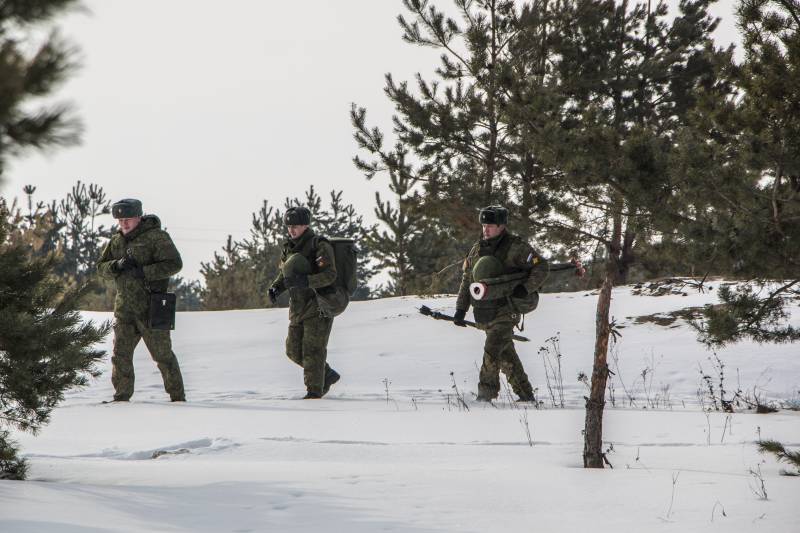 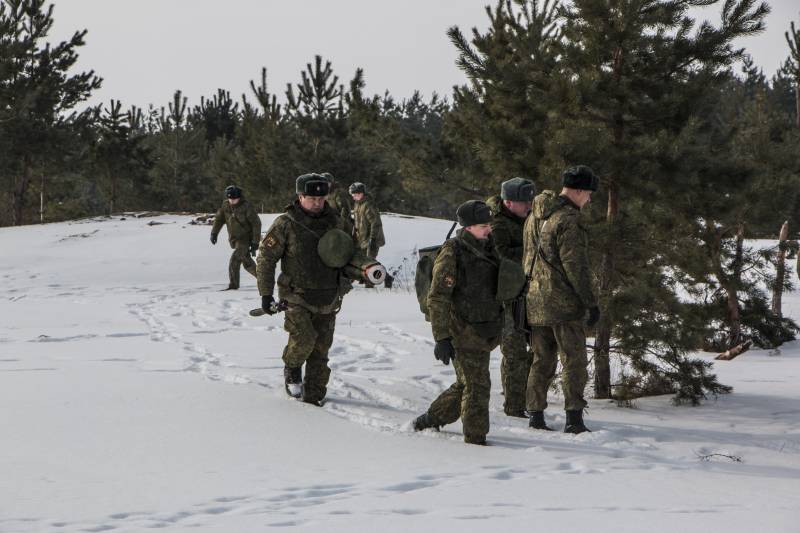 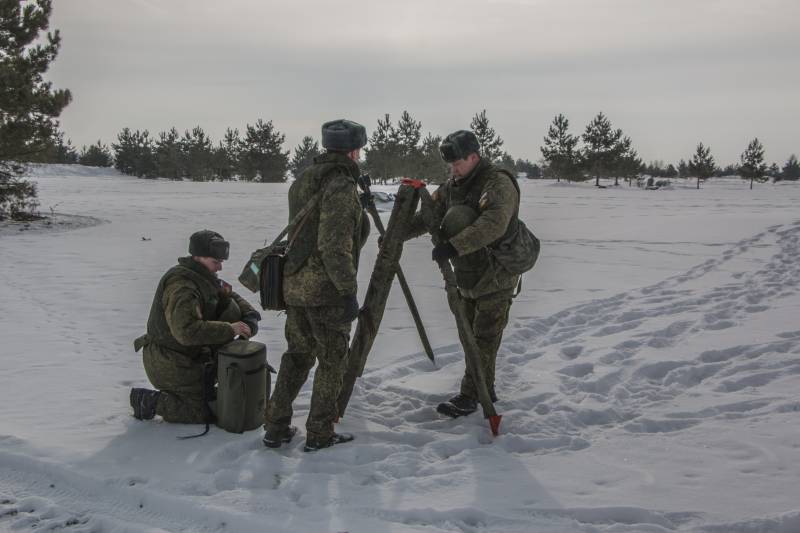 Exit to the specified area, installation and calibration of equipment. 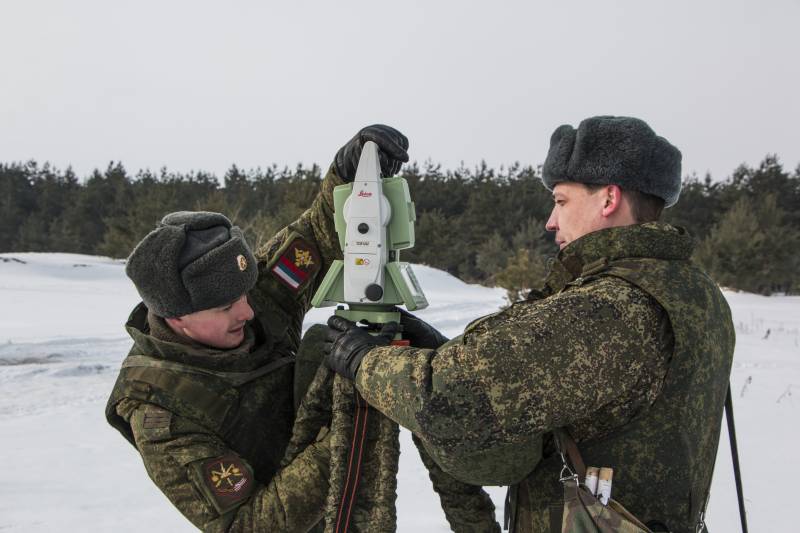 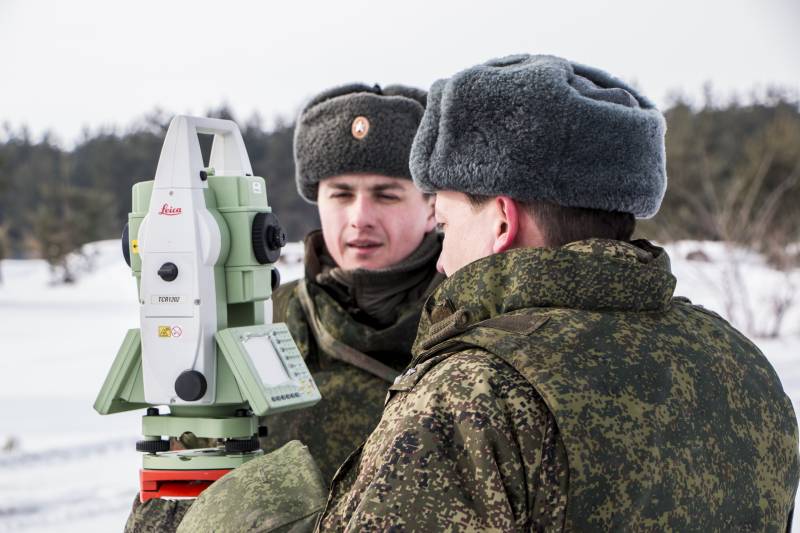 The modernity of the equipment is felt. 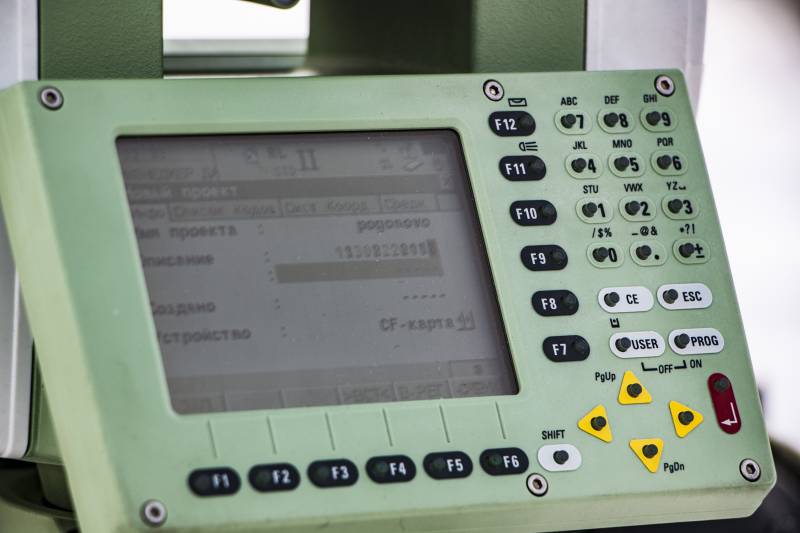 On the other hand, yes, 21 century, flying drones, tracked, satellites with their shooting, and so on. And yet, the picture is the same as 100 years ago: 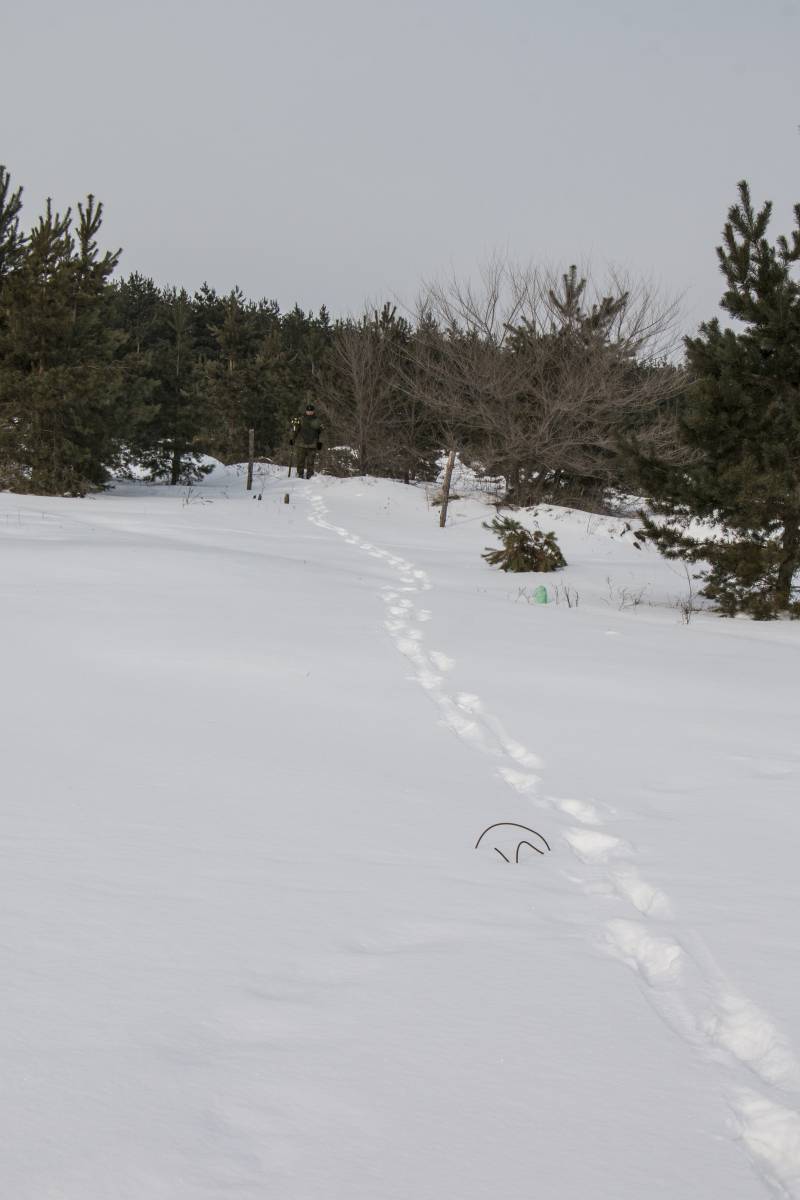 On the question of satellite imagery and modern phenomena such as GLONASS, experts said unequivocally: the accuracy is not the same. It would be nice, of course, if a drone with a mirror could fly a day or two. But in reality, all the same legs are faster and more passable. 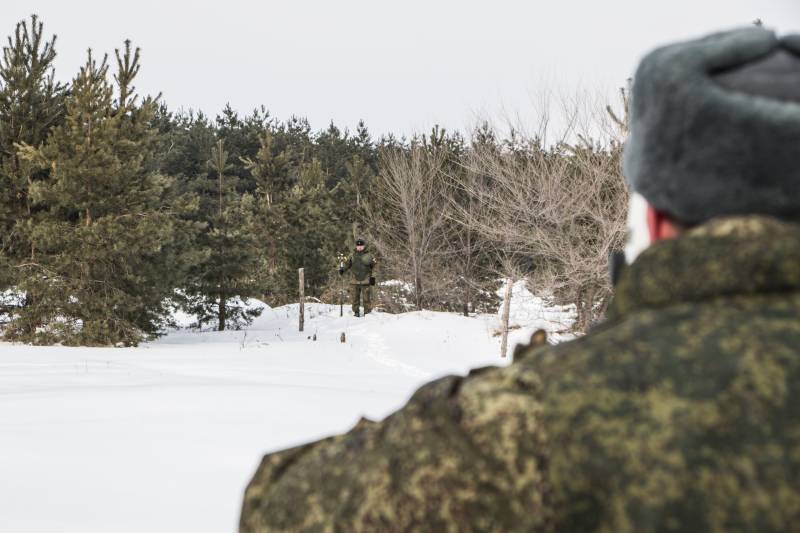 Surprised, frankly, a manufacturer of modern equipment for geographic surveys. No, "watering", of course, the company is known. The only question is the relevance of the presence in the Russian army. 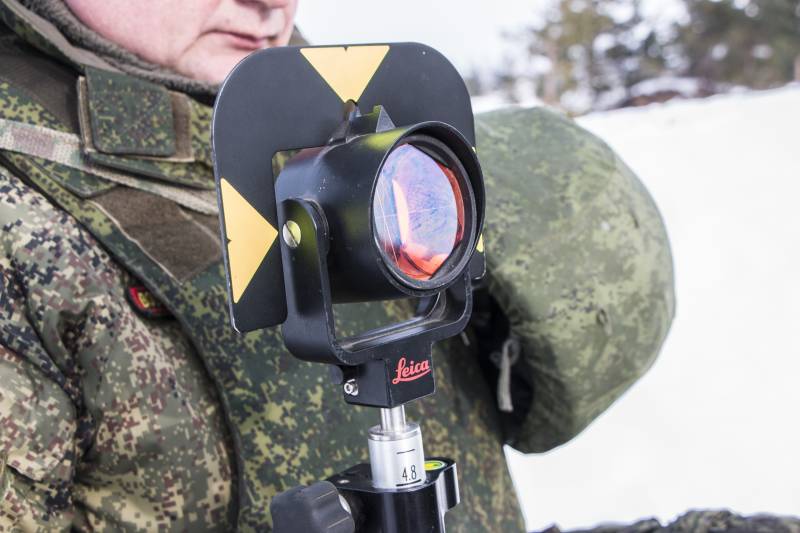 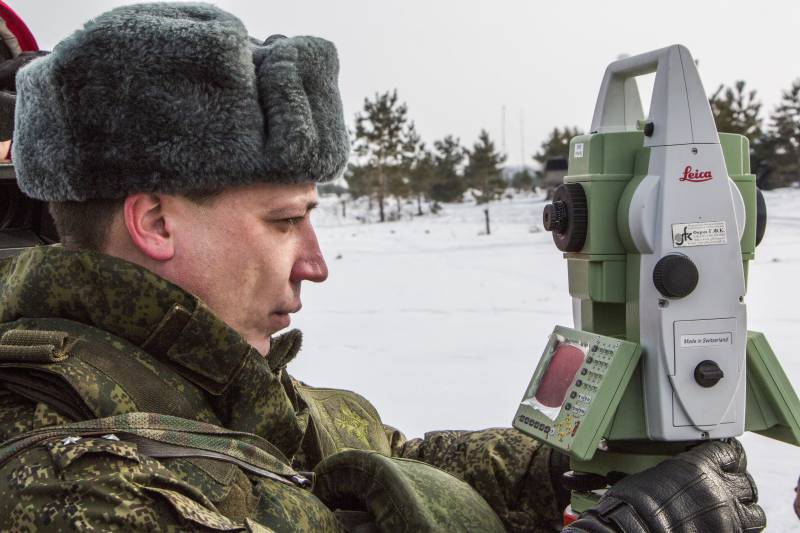 When the calculations were walking enough around the landfill, it was time to process the data. We occupied a tent during this part of the work, and topographers were waiting there near the stove. 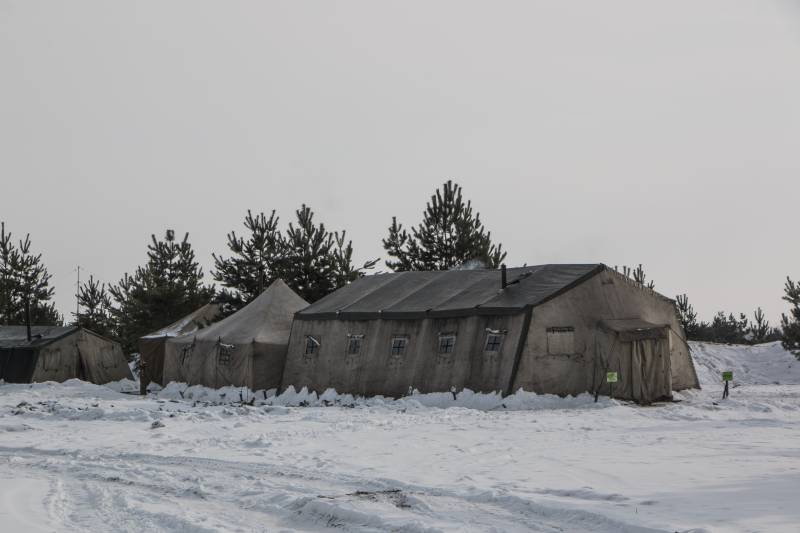 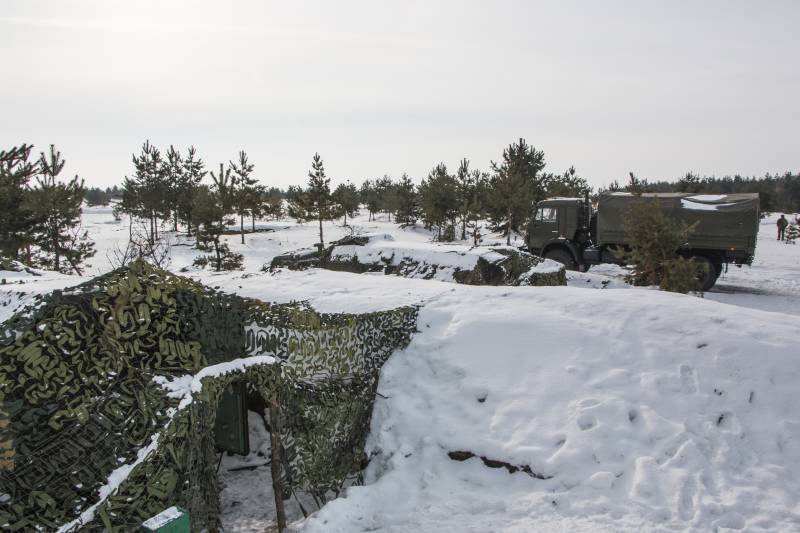 Inside is nothing special. A couple of jobs with computers and places for more or less comfortable movement of calculations. 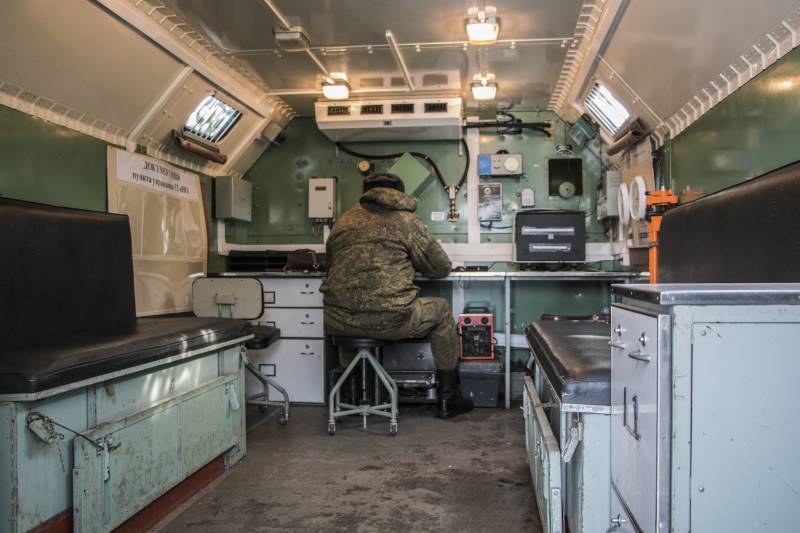 The survey data is immediately entered into the working computer and the boundaries of the landfill are clarified and everything else that was needed. 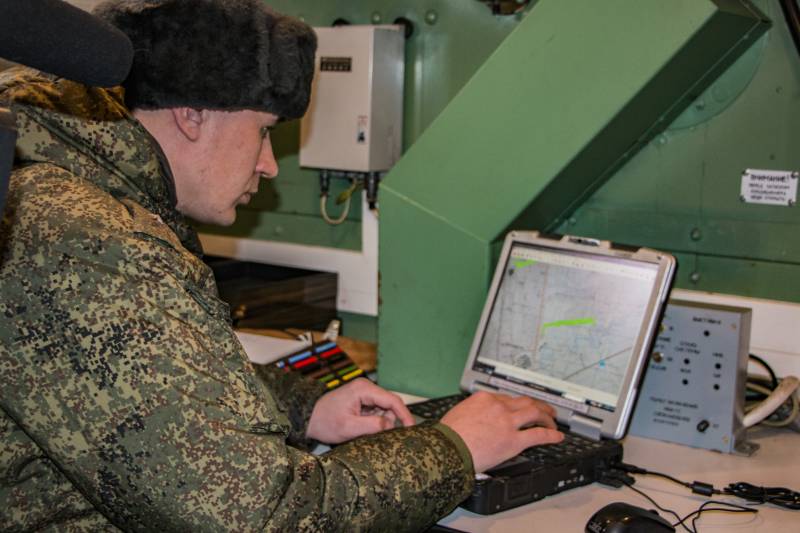 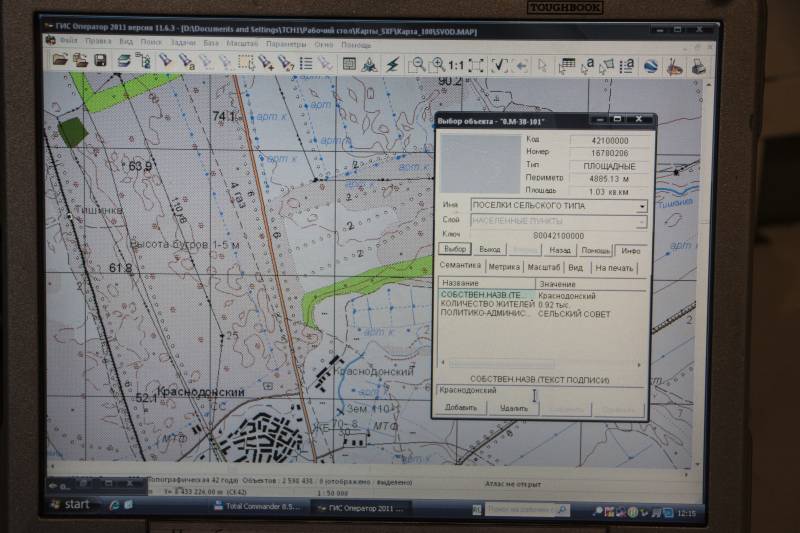 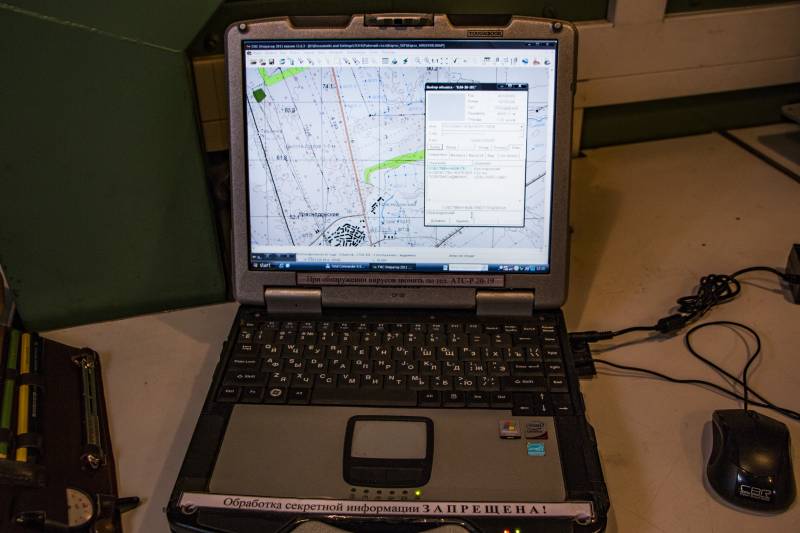 Further, the communications operators come in, who transmit data through the AAS via an encrypted channel to another unit. 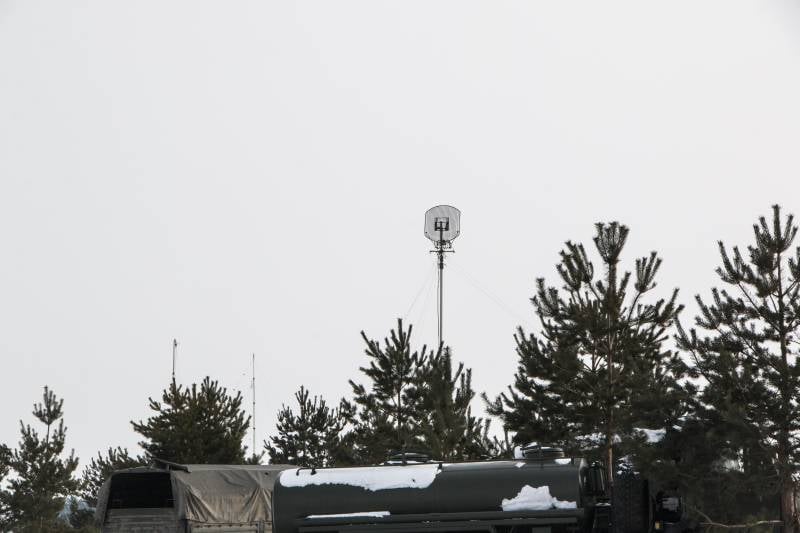 We had to ride to this car, because it took a position, or rather, just stood at some distance from the landfill. This was a new installation for the rapid printing of maps. Previously, such a printing house was located on four trucks. Today, in accordance with the implemented concept of the Russian army "We shall all push into one kung" - on one machine. 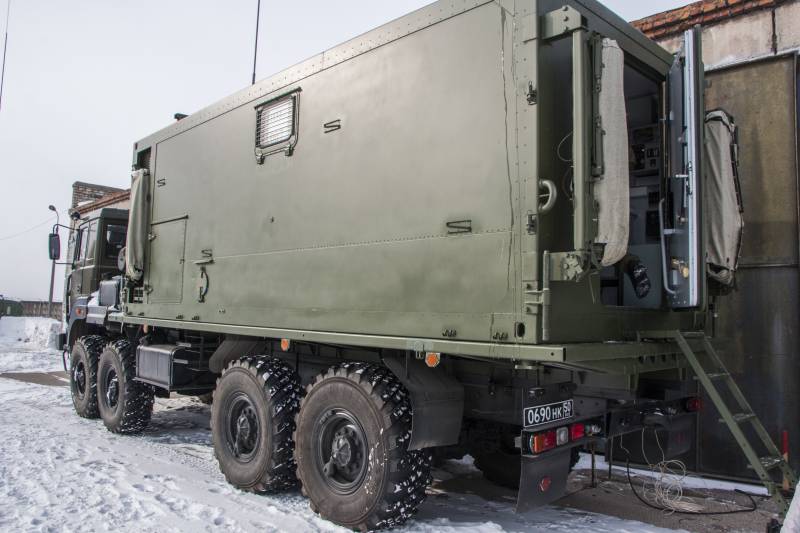 The car really just arrived from the factory. Even the tool has not been updated yet. 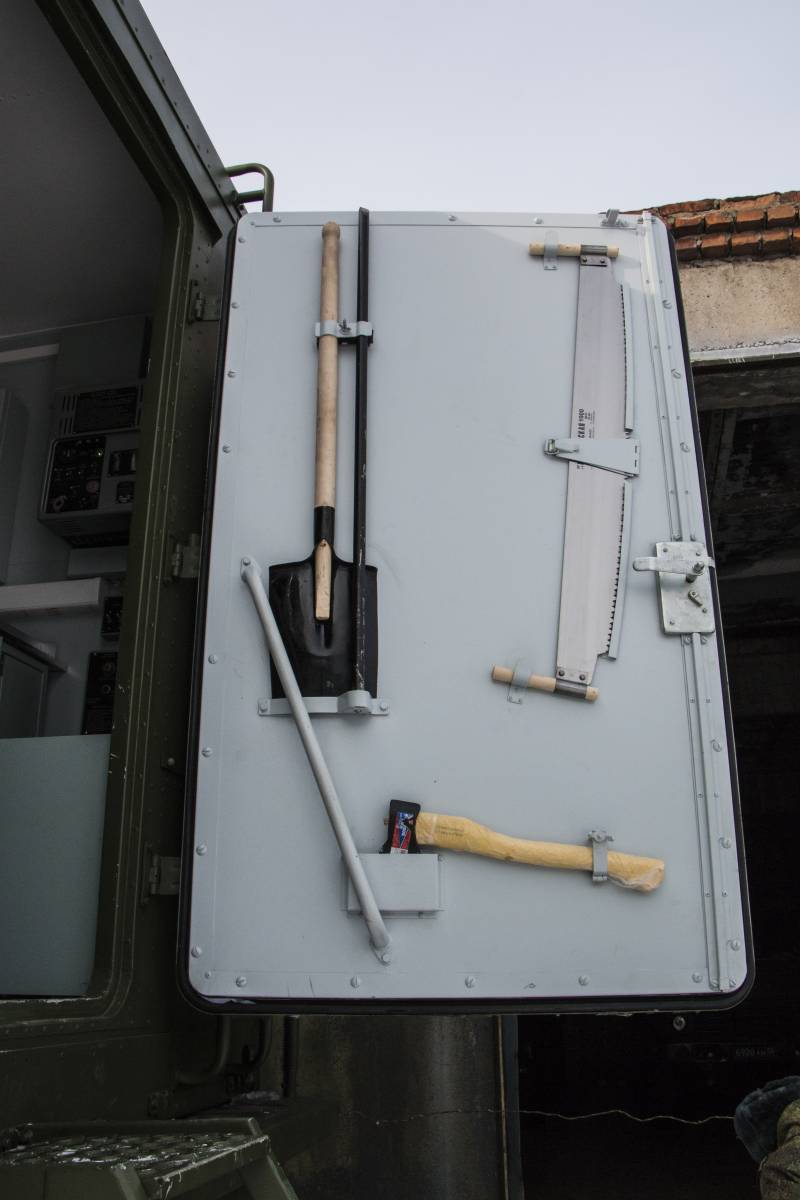 Inside there are two workplaces with computers, a paper cutting machine and, of course, the highlight of the program: a printing unit. 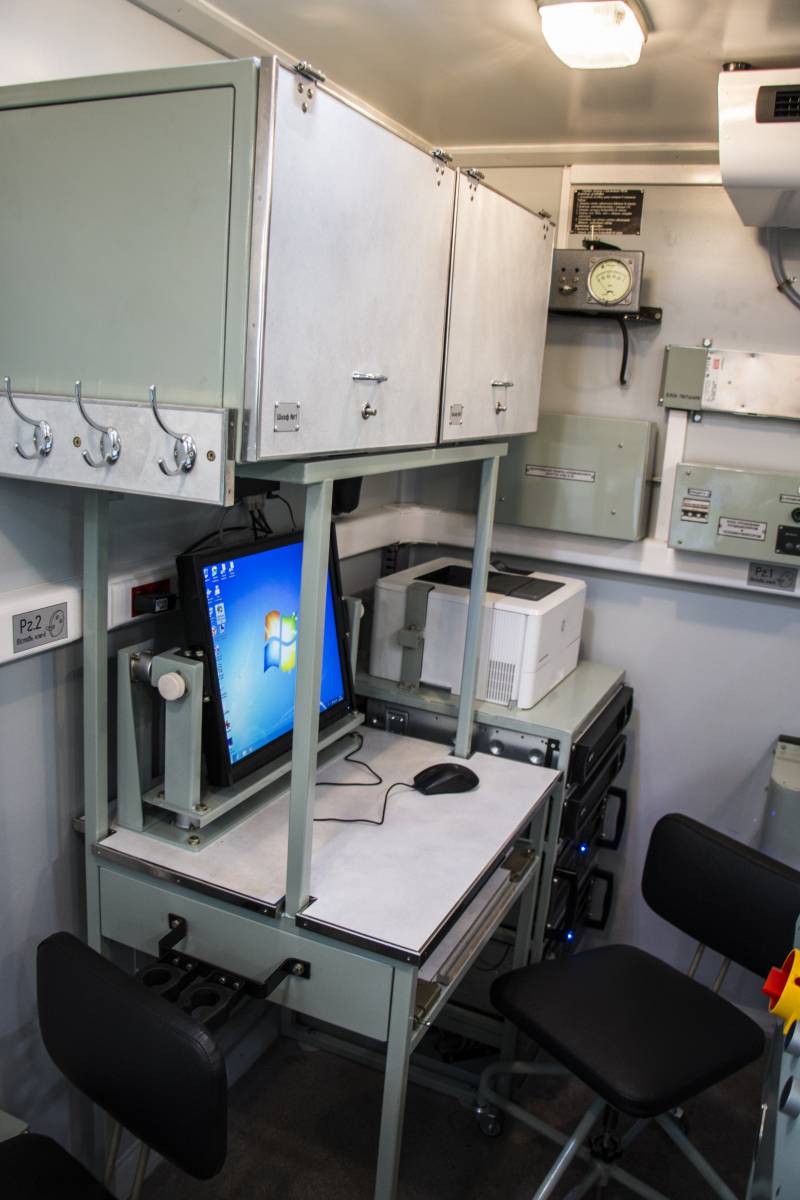 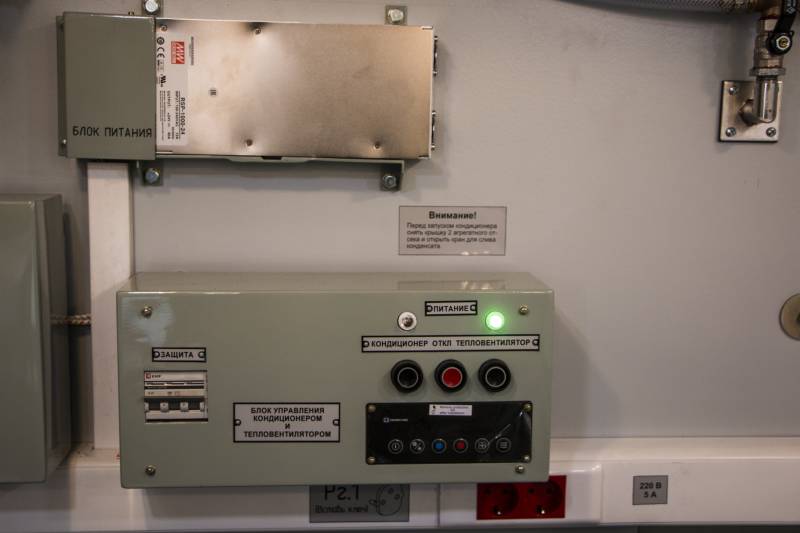 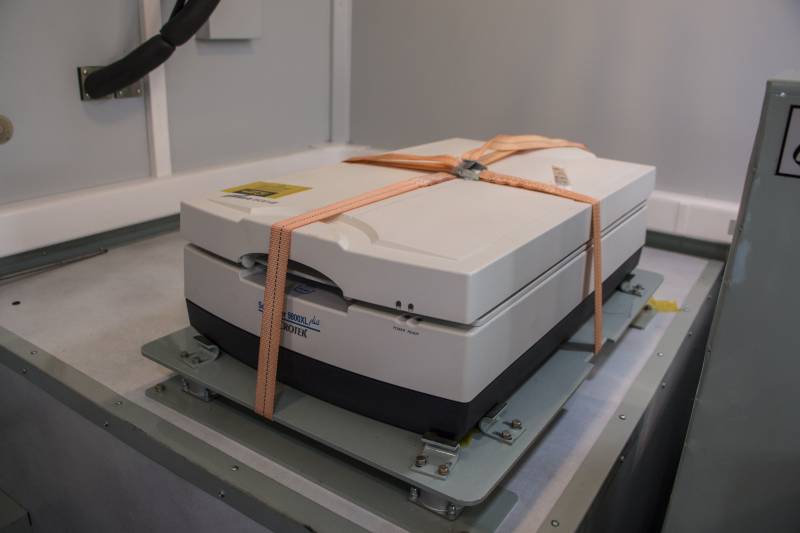 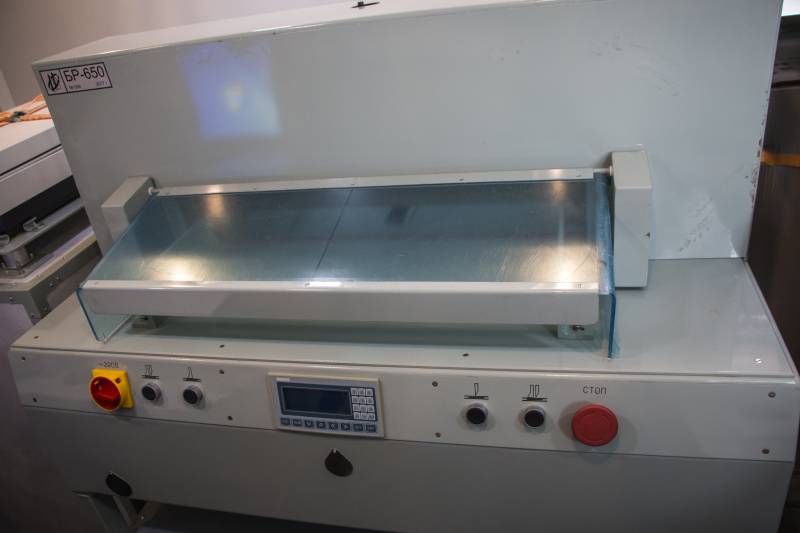 The map with the updates was loaded into the bowels of the installation, and after a while it was printed. 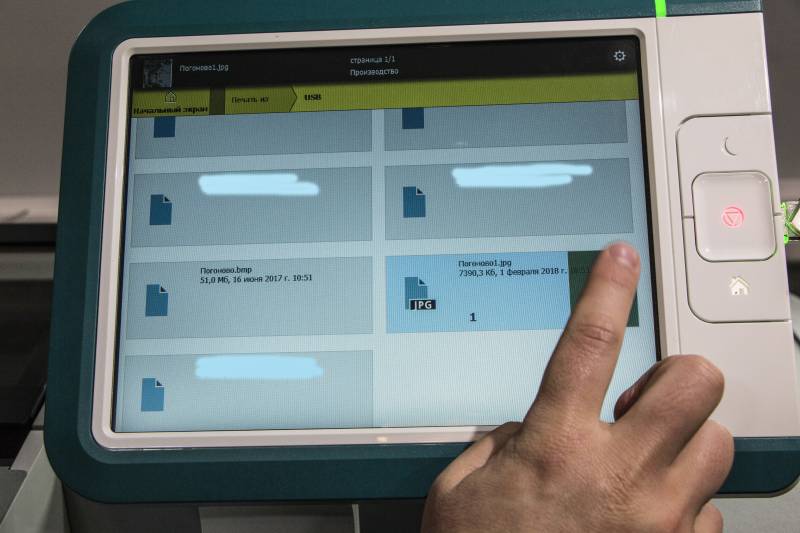 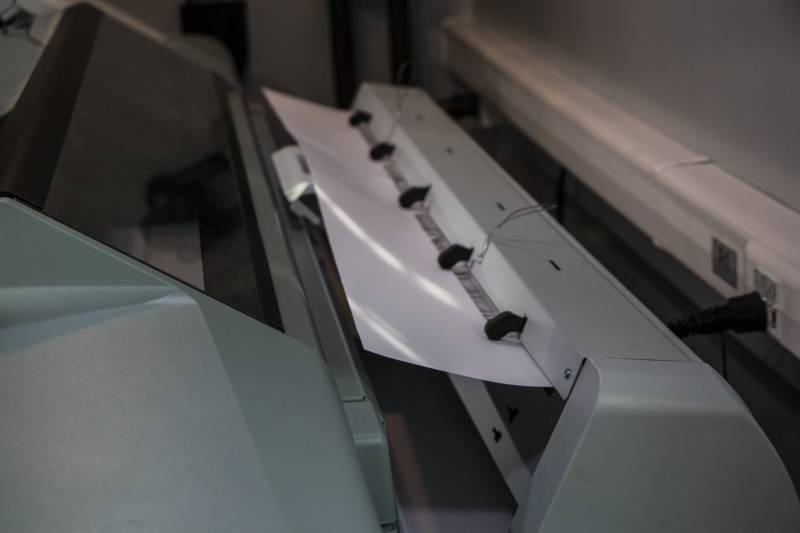 That's all. The calculations have completed their task, the information has been collected, the specifications have been made, new maps will be printed in the required quantity.

An inconspicuous such and unhurried service. But if you think hard - no cartographer anywhere. Even in our time, all sorts of technical gizmos.

Ctrl Enter
Noticed oshЫbku Highlight text and press. Ctrl + Enter
We are
Day of the military topographer. With a map on the frontChinese GPS is open for civilian use.
Military Reviewin Yandex News
Military Reviewin Google News
16 comments
Information
Dear reader, to leave comments on the publication, you must sign in.