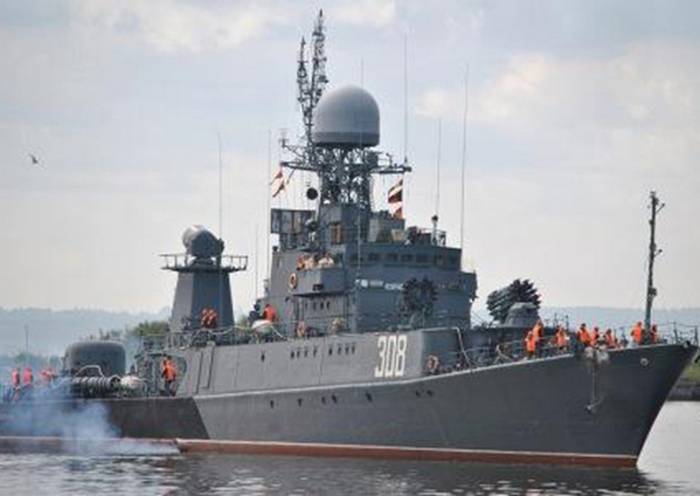 In the course of the exercise, the crew of the Kabardino-Balkaria MPK in the test site located in the Baltic Sea, conducted artillery firing at a target simulating a conditional enemy ship
- he said.

The towed shipboard was used as a target. Practical shooting was carried out from the six-barreled 30-mm artillery installation AK-630, which is in service with the ship, said Martov.

During this sea trip, the Kabardino-Balkaria naval crews also worked out actions to repel attacks of small targets, on air defense, and conduct electronic warfare exercises.
- concluded the representative of the fleet.

Ctrl Enter
Noticed oshЫbku Highlight text and press. Ctrl + Enter
We are
Sudden verification of the combat readiness of the Northern Fleet, ZVO and Airborne TroopsThe teachings of the troops of the Western Military District
Military Reviewin Yandex News
Military Reviewin Google News
7 comments
Information
Dear reader, to leave comments on the publication, you must sign in.