Lockheed Martin supplied the customer with the 400 Super Hercules 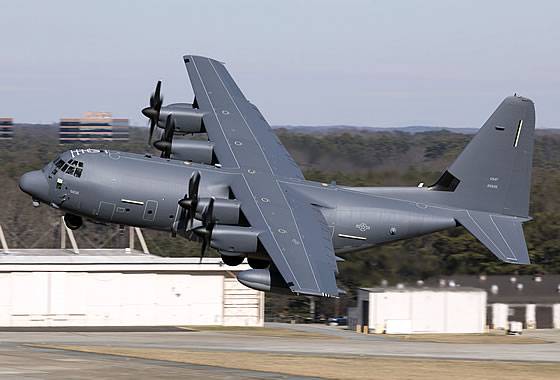 They became the plane for the Special Forces Force USAF (AFSOC).

The C-130J Super Hercules is the most advanced version of the Hercules family, delivered to customers from 17 countries. At present, the total flight time of the C-130J aircraft fleet exceeded 1,7 million hours.

It is reported that the transferred aircraft "is 13-th MC-130J, which will be converted to version AC-130J" Gostrayder ", equipped with a complex of precision weapons." The aircraft will be part of the 1 th special-wing air operations wing (Hurlbert Field, Florida).

The “AC” version is intended for “direct fire support, isolation of the combat area from the air and armed intelligence”.

Ctrl Enter
Noticed oshЫbku Highlight text and press. Ctrl + Enter
We are
Ganshipa: a stylish means of dealing with barmaleiArmament special forces. Overview of technology and products from a Western specialist (part of 2 from 2)
Military Reviewin Yandex News
Military Reviewin Google News
17 comments
Information
Dear reader, to leave comments on the publication, you must sign in.