As the newspaper notes, the Office of the adviser to the head of the US Defense Department for testing and diagnosing weapons in his report pointed out the unreliability of the electromagnetic catapults of the new development, the arrestor, the lifts weapons and radar. 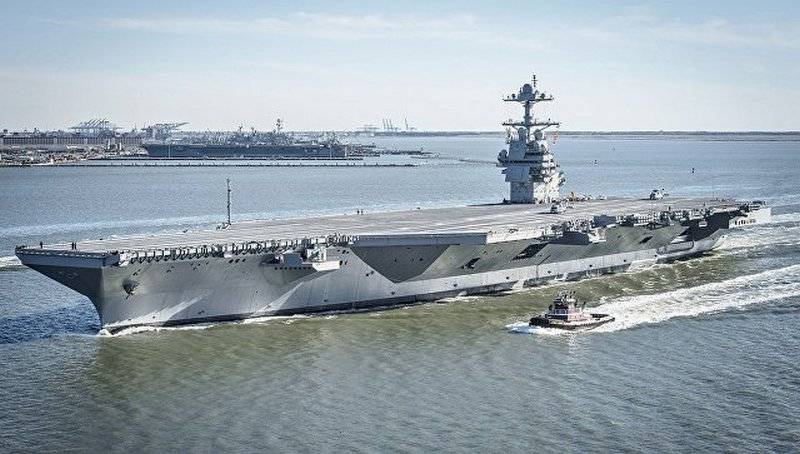 These systems are not high-tech, but if their work is not established, the ability of the courts to perform basic functions will be jeopardized.

This may affect the ability of the aircraft carrier to provide the necessary frequency of flights of aircraft, make the ship vulnerable and impose certain restrictions on routine operations. Poor or underestimated reliability of these critical subsystems is the biggest challenge for CVN-78
- it is spoken in the conclusion of experts.

Almost all new types of ships of the US Navy are subjected to impact tests; tests make it possible to assess the stability of ship systems to extreme combat loads.

The latest CVN-78 aircraft carrier Gerald R. Ford cost the United States a record $ 12,9 billion. The ship was laid in 2009 and delivered the fleet in 2017, RIA reports News