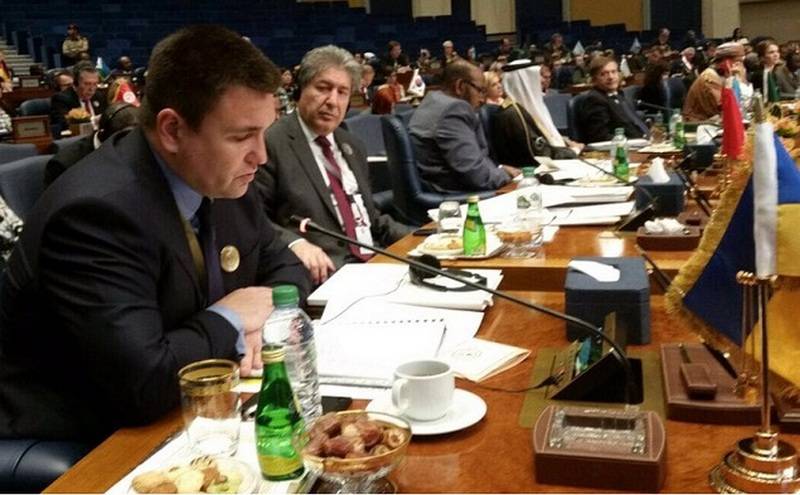 During his speech, Klimkin said that Ukraine, as a member of the coalition, fully shares its values ​​and principles, as well as its strategic goals for combating terrorism in all its forms and manifestations. Anticipating the fair question of what exactly is Kiev’s contribution to the fight against ISIS, the head of the Foreign Ministry explained everything in advance.

Ukraine continues to contribute to the fight against IS, in particular by taking an active part in the work of the working group on countering terrorism
- said Klimkin.

Before arriving in Kuwait, Klimkin said that Ukrainian achievements in the fight against the Islamic state could have been more significant if it had not been for Russia.

I fly to Kuwait at the ministerial meeting of the global coalition against LIH. Because of Russian aggression, our contribution is somewhat more modest than it could be, but worthy
- wrote a diplomat on Twitter.