February 14 2018
191
Foreign experts compare Putin with Brezhnev, and also hint that he looks like Andropov: after all, there are special services behind him. Several years ago, Putin said that the communist teachings doomed Russia to lag behind developed countries. However, communism in Russia is long gone, but what has changed in essence? Nothing. Western experts claim that today's Russia is lagging behind economically developed countries, but the president is doing nothing and has achieved only one thing: he has surpassed Comrade Brezhnev by the duration of his government. Moreover, other experts note, despite the fall of communism, the cold war continues, which does not give an autocratic Russia economic well-being, but, on the contrary, it takes away its strength. 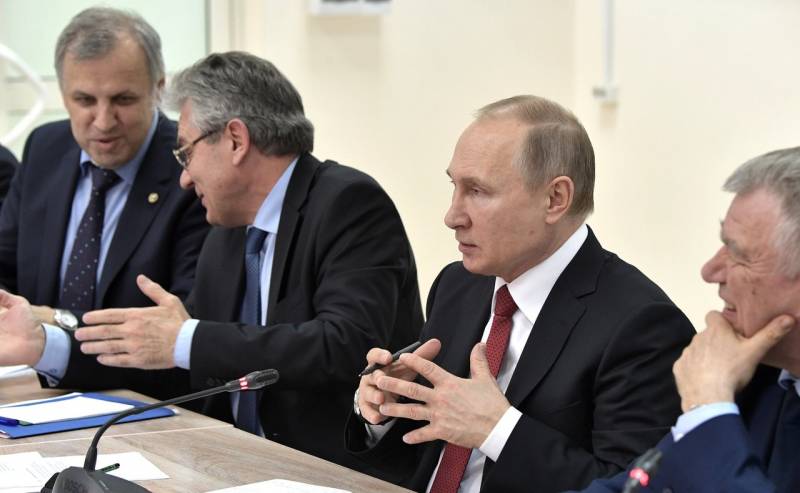 Chris Miller in a reputable edition "Foreign Policy" held many parallels between Putin and Brezhnev and between the lagging behind in the development of the communist West of the USSR and the current capitalist Russia, which also lags behind the developed countries.

As an argument, the author quotes the words of Putin himself.

Russian President Vladimir Putin in his address to the State Duma in 2012 said that the world knows “two absolutely famous historical experiment ": one - East Germany and West Germany, the second - North Korea and South Korea. Everyone can see the difference.

As a KGB officer in communist East Germany, the journalist writes further, Putin "knew what he was saying." As V. Putin later explained, communism turned out to be historically futile: "Communism and the power of the Soviets did not make Russia a prosperous country." The main legacy of communism, Putin added, "doomed our country to a constant lag behind economically developed countries." This "was a dead end."

However, Russia today "constantly lags behind" economically developed countries, Chris Miller sneers. In this connection, the President of Russia “does nothing”.

What are his achievements? Well, here is one of them: Putin recently overtook Leonid Brezhnev for the duration of his reign. And Putin's "economic record" (the so-called stability) has a direct connection with the Brezhnev stagnation. Therefore, Putin really “more and more resembles Brezhnev,” the journalist believes. 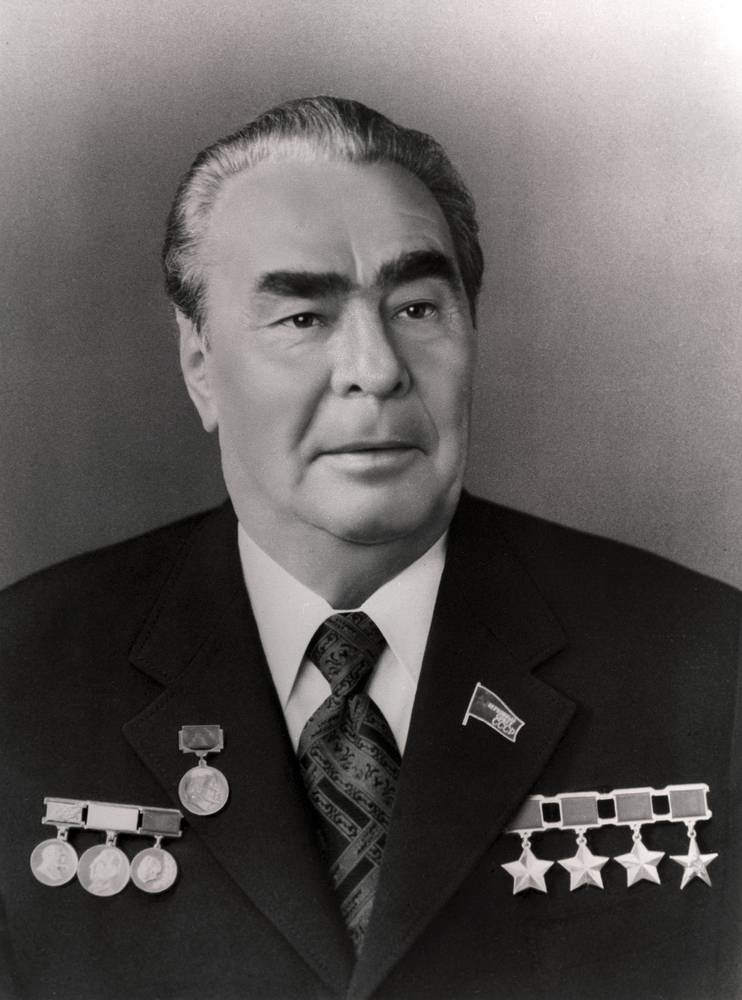 The last four years have proven: the Russian economy can still withstand the brutal upheavals, and even such as the sharp fall in oil prices in the 2014 year and Western sanctions imposed on Russian banks and energy companies. But four years have passed, and it became clear: a return to rapid economic growth in Russia is "unlikely."

Russia is "much poorer than its Western opponents," reminds the analyst, and therefore "it must grow much faster than they." However, at the end of last year, Russia showed the slowest growth among the countries of Central and Eastern Europe. It lags far behind both Poland and Romania. There is nothing to think about comparing Russia with Asian countries.

Ah, no, do not rush, wait for the election, but then! Some Russians, who stubbornly believe that Putin is holding some "tough, but necessary" economic reforms, say something like this. But he will be elected - and he will hold them.

Russian economists, politicians and businessmen are really putting forward "ambitious plans to revive the country's economy." There are two main schools of thought. The first relates to the former Minister of Finance of the Russian Federation, Alexei Kudrin, who has worked with Putin since their rapprochement in St. Petersburg in the 1990s. He puts forward "many proposals for the liberalization of the Russian economy and investment." Kudrin argues that the business climate in Russia, which is characterized by the fact that private firms have been "expropriated by the government and entrepreneurs associated with the bureaucracy", hinders the investments necessary for growth. And instead of spending money on the army and security services, Kudrin proposes to spend them on health and education. Being healthy and educated, Russian people could work longer and gain the skills they need to get jobs with higher salaries.

Alternative theory: the Russian government, on the contrary, should “invest more in itself”. For example, Russian politician Boris Titov called on the government to drastically lower interest rates so that firms could get cheaper loans. Also, the government should subsidize loans to corporations and directly invest in the industry. Titov's appeals for public investment are supported by many industrialists.

However, if such proposals are adopted, inflation is inevitable in Russia - the ruble will collapse. Kudrin's ideas on improving the business climate and investing in health care and education are "much more reasonable," the journalist concludes.

However, it makes no sense to talk about it. None of the proposals will be accepted because each of them contradicts the basic principle of Putinomics - the “aggregate of economic policies that have kept Putin in power for almost two decades.”

Putin’s economic “strategy”, which allows him to retain power, stands on three pillars.

First, Miller writes, Putin is ready to "maintain macroeconomic stability at any cost." It is important to low budget deficit, low debt and low inflation - even if due to growth.

Second, Putin’s social protection system is used to buy support from politically influential groups (primarily retirees), and not to invest in the future.

Third, Putin “tolerates private business” only in “non-strategic” industries, leaving the state control over those areas where business and politics intersect: for example, in the energy sector or the media.

At the same time, the Kremlin understands that maintaining the current policy will keep Russia in stability, but this stability will mean stagnation. The stagnation is caused by inadequate investment in human capital and in private business, as well as cost overruns for "wasteful and corrupt public companies."

Economic growth with such a “strategy” will be limited to less than two percent per year.

From the point of view of Putin, the journalist believes that economic stagnation is tolerable, because big changes in economic policy can arouse the anger of key support groups and weaken the Kremlin’s control over Russian policy. 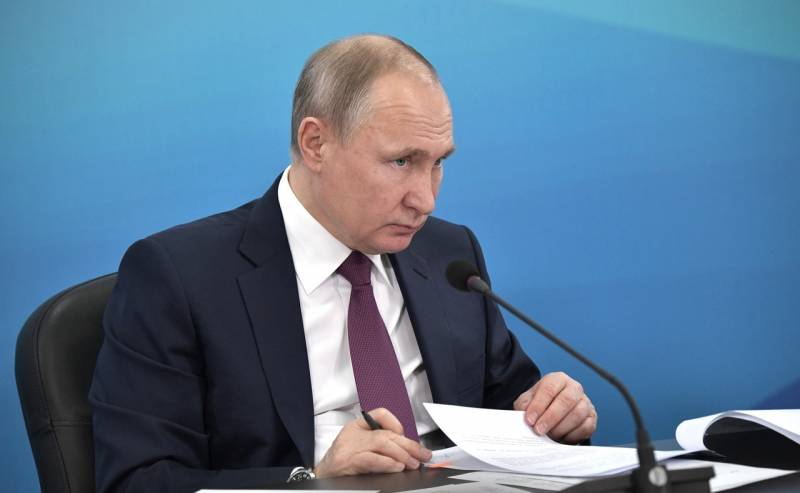 Mr. Titov’s proposals that the government or the central bank directly invest in the industry will not be accepted by Putin: Titov’s plans to increase government spending on industry through new debts or by launching a printing press will undermine this “doomed stability”.

Kudrin’s proposals to increase spending on health and education are associated with a reduction in the budgets of the security services. Putin’s political coalition will object to this. Putin maintains strong support from the security services, the military-industrial complex and state-owned companies, which now control about two-thirds of the Russian economy. Therefore, the implementation of Kudrin's proposal would damage the very basis of Putin’s coalition. In addition, "even if Russia decides to curtail its wars in Syria and in Ukraine, a reduction in military procurement budgets can lead to layoffs and social unrest in cities depending on defense spending."

As for “reducing corruption and increasing efficiency,” such Kudrin methods “would have hit the most influential supporters of Putin.” Therefore, one should not “expect much” from Putin’s election program, Miller speaks maliciously.

What awaits the Russian people after the election?

Probably, the people will face painful economic changes, but not the ones that Titov and Kudrin are talking about. The changes, according to Mr. Miller, will be the following "tax trips to individuals and individual enterprises." Reforms that would contribute to economic growth should not be expected. Putin’s political supporters will defend their position, which “will make impossible any changes in the corrupt state-owned companies of Russia” or in the “security apparatus”.

Bottom line: the Russian economy will continue to lag behind other emerging markets, while Putin’s Russia will increasingly resemble the “famous historical experiments” that Putin himself described in the Duma in 2012 year.

All this testifies to the fact that an inefficient economy that claims to autarky is doomed to a chronic lag. 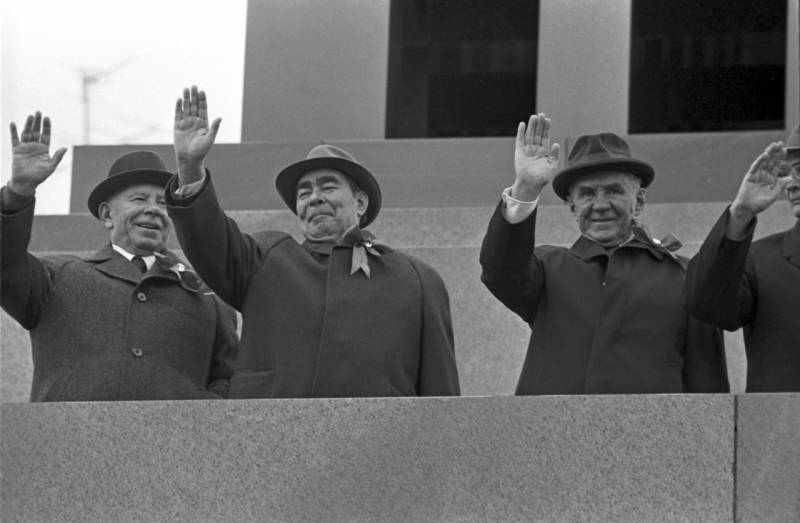 Another journalist, Odd Arne Westad (Odd Arne Westad), in a Swiss newspaper "Neue Zürcher Zeitung" notes that the cold war between communism and capitalism had not only negative aspects.

Plus, the author sees the following: today, few Europeans and residents of Southeast Asia declare their desire to live in a communist state, similar to those that once existed on their continent.

The cold war, we add, continues to this day, despite the death of communism and Russia's transition to a market economy (more precisely, wild capitalism) since the beginning of 1992. This does not prevent the West from accusing Russia of what the USSR was accused of: suppressing freedoms and human rights, authoritarianism, extermination of dissent, political prisoners and even an arms race, which was once attributed to the “evil empire” despite the fact that the US military budget has raised to unprecedented heights Reagan, propagandizing star wars.

The cold war would, in principle, be stopped only in one case: if Russia were economically at the same level as the United States, or at least approached. It is unthinkable to talk about the Cold War, say, between the United States and China. Washington will always put pressure on someone who is economically weaker. And there will be nothing for the weak to object. Only one way out - to become strong. But how to develop, if omnipotent comrade brezhnev Mr Putin - for stability?

Ctrl Enter
Noticed oshЫbku Highlight text and press. Ctrl + Enter
We are
Situational analysis of the death of the MH17 flight (Malaysian Boeing 777), made on the basis of engineering analysis from 15.08.2014Results of the week. “In our cooperative, the board is always agreed”
Military Reviewin Yandex News
Military Reviewin Google News
191 comment
Information
Dear reader, to leave comments on the publication, you must sign in.