February 14 2018
33
In Russia, the formation of a professional mobilization reserve begins. The "guerrillas" who signed the contract with the Ministry of Defense will receive wages and a number of compensations, but at the same time they will be obliged to attend special classes every month and pass military training annually. If necessary, the existing units will be equipped with reservists, and new ones will be formed. Creating a full-fledged professional mobilization reserve will have a positive effect on strengthening the state’s defense, military experts say.

It is worth noting that the mobilization reserve exists in the armies of many countries of the world, this is a very common practice. For example, in the US, the number of reservists is almost the same as the number of regular armed forces. Reserve components include reserves of all five types of armed forces, as well as ground forces and air forces of the US National Guard. At the same time, the US National Guard itself, whose military personnel combine combat training with work in the main specialty, is an organized reserve. There is also an unorganized (individual) reserve, which consists of persons with sufficient military training, that is, those who have recently completed military service and do not need to undergo additional training. 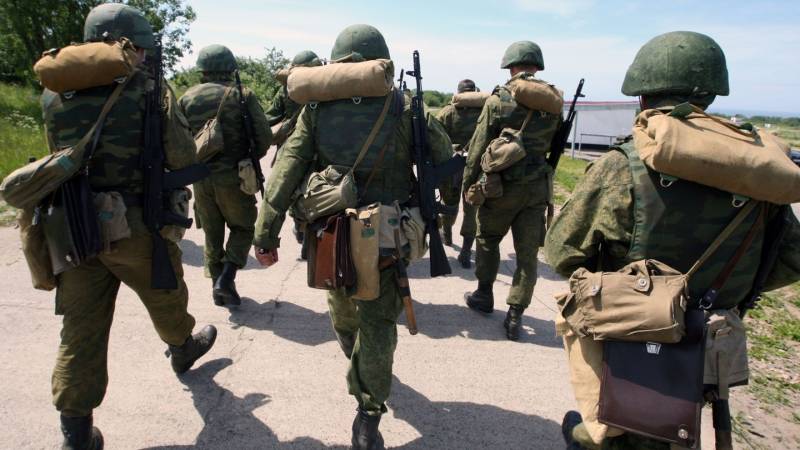 Previously, an experiment to form a new mobilization reserve took place in some regions of Russia. The Northern Fleet also participated in the experiment, which actively collaborated with the military commissariats of the Murmansk region. The purpose of the experiment, which started in the North navy in August 2015, there was an improvement in the existing system of training and accumulation of mobilization human resources. In an interview with the newspaper "A red star»The head of the organizational-mobilization department (WMD) of the Northern Fleet Headquarters, captain of the 1 rank, Vladimir Kondratov, said that the first contract in the mobilization reserve on a voluntary basis subscribes to the 3 of the year, subsequent contracts for up to 5 years. At the same time, there are age restrictions for reservists, they are for each category of citizens in the reserve. For example, soldiers, sailors, sergeants, warrant officers and ensigns can conclude the first contract to be in the mobilization reserve before the age of 42, junior officers - up to 47 years, senior officers - up to 57 years. 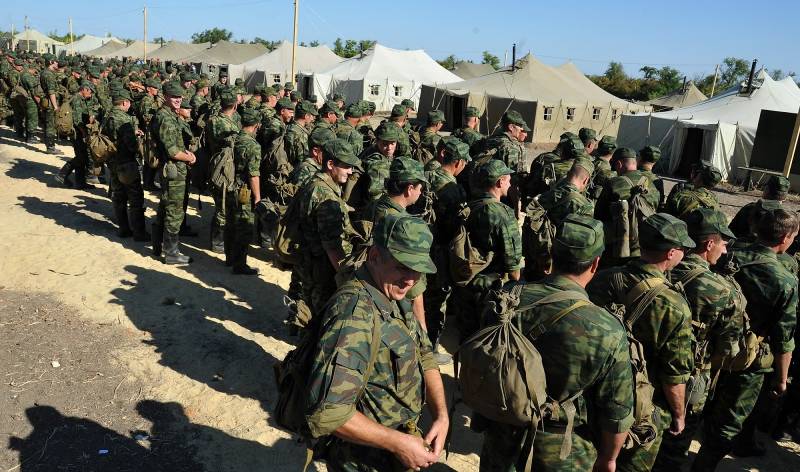 The new system of organized mobilization reserve will allow to prepare and then maintain highly qualified personnel in combat readiness, ensuring a quick transfer of personnel to different theaters of operations, which will require the deployment of new formations, but the local mobilization resource is not enough. According to military expert Viktor Murakhovsky, the new system for attracting personnel will increase the defense capability of the Far East. Parts of this region have technology, but there is a shortage of personnel.

According to Izvestia, soldiers and officers entering the mobilization reserve will receive a lump-sum payment when entering into a contract: for a three-year period - in the amount of salary, for 5 and more years - in 1,5 times more. The salary of a professional reservist will consist of his official salary, regional coefficient and payments for the title. For example, a platoon commander with the rank of senior lieutenant in the central part of the Russian Federation will receive 27,5 thousand rubles. The squad leader in the rank of sergeant in the Kemerovo region (there is a regional premium: "northern" - 30 percent) - 25,3 thousand rubles. However, in full, this amount of money will be paid only during the passage of military charges. During the rest of the year, that is, 11 months in a year, reservist contract servicemen will pay only 12 percent of their salary. In this case, the senior lieutenant from the Central part of Russia will receive 3,3 thousands of rubles a month, a sergeant in the Kemerovo region - 3,036 thousands of rubles. 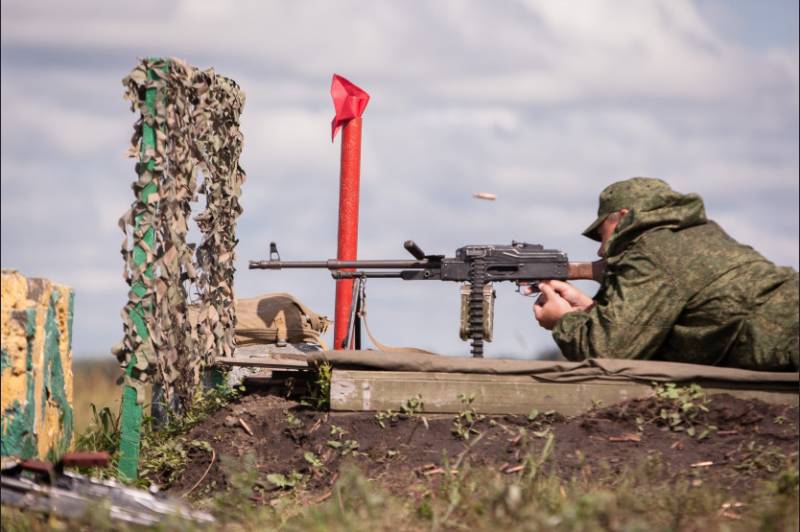 This payment procedure is stipulated by the Government of the Russian Federation Decree “On establishing the amount of the monthly salary of citizens of the Russian Federation staying in the mobilization reserve, with the exception of the period of military training” from December 23 of 2015. During the passage of fees, the state guarantees the reservist the preservation of the average salary or scholarship. In addition, it will take on all the costs of renting housing, travel fees for fees and return home, travel allowance.

How it will work

An important difference, which has already been mentioned above, will be that the reservist will be assigned to a specific military unit or to the MDRI - the Mobilization Deployment Support Center, where he will undergo charges. This is one of the main advantages of the personnel reserve. To create truly combat-ready and trained units, when the fighters are well acquainted with each other (at least at the level of offices and crews) and have real experience of interaction in the framework of studies and military training, is impossible due to the usual vaults that appear in the army at best once in many years of being in stock.

Military expert Vladislav Shurygin, commenting on the formation of a mobilization reserve to journalists of Izvestia, noted that there are such concepts as current and temporary shortages (TNK and VNK). For example, a soldier transferred to a new duty station, and no one has yet been appointed to replace him. This is a temporary shortage. And if a soldier is sick and can no longer perform his direct duties - this is the current shortage. Thus, TNK and KSS can significantly affect the combat capability of military units. For example, in a battalion, not only a few mechanic wrestlers and machine gunners, but also a company commander may be missed. Their absence will significantly affect the ability of this battalion to perform combat missions. There are also posts that are introduced only in the event of war, for example, an assistant machine gunner. In peacetime, such posts are not needed, but in combat conditions are necessary. TNK and VNK will be able to be replaced by contract reservists who have entered into a contract and are assigned to a specific military unit; their other task will be to compensate for losses in wartime. 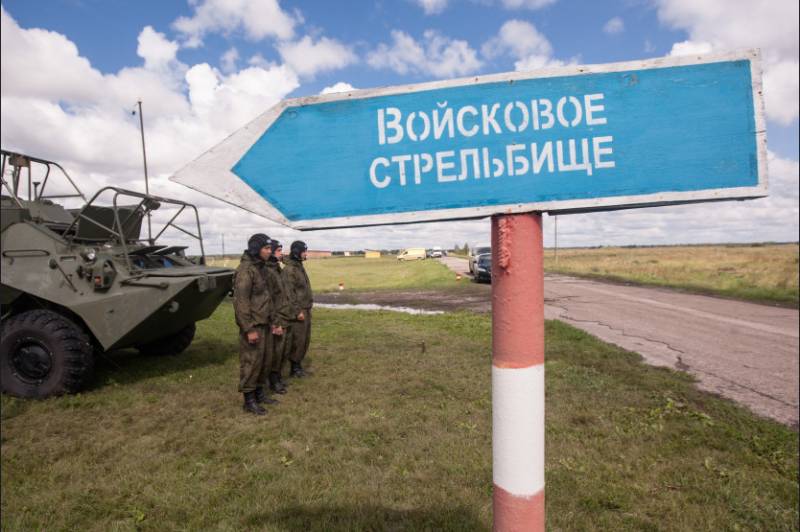 Separately, experts distinguish the fate of the bases for the storage and repair of military equipment (BHiRVT), which will be disbanded. Until recently, only in the Ground Forces there were more than 40 such bases (14 motorized rifle). At present, Russia is already in the process of reorganizing motorized rifle BHiRVT. About a third of them are closed. For the most part, they had previously only kept the equipment, while the staffing of such bases did not allow maintaining the stored equipment in proper technical condition. Now, in the TsOMR created on their basis, they will both store military equipment and train reservists. If necessary, such centers will be transformed into full-fledged units and military units.

It is known that a new modern infrastructure will be built for the MSC. So, back in 2016, the Russian Ministry of Defense signed a contract for the design of a new BHiRVT, located on Sakhalin. This project can be called an illustration of how the Center for mobilization deployment will look like. The planned military camp near the village of Dachnoye will be equipped with barracks to house the 521 soldier and sergeant, a staff and training building, a parking space of 700 thousand square meters, heated storage for 1,2 thousands of parking spaces, and warehouses for rocket artillery weapons and property. There will also be built special areas for storage and repair of equipment. This infrastructure will allow in the case of charges without any problems to take a whole battalion of reservists, to carry out with them the necessary exercises and work on the planned maintenance of military equipment.
Ctrl Enter
Noticed oshЫbku Highlight text and press. Ctrl + Enter
We are
Defense Ministry is looking for ways to reduce the facts of evasion by reservists from military trainingOn the launch of the new training system for reservists in Russia
Military Reviewin Yandex News
Military Reviewin Google News
33 comments
Information
Dear reader, to leave comments on the publication, you must sign in.