EUGAL: North Stream-2's younger brother and the last nail in the lid of an American gas coffin 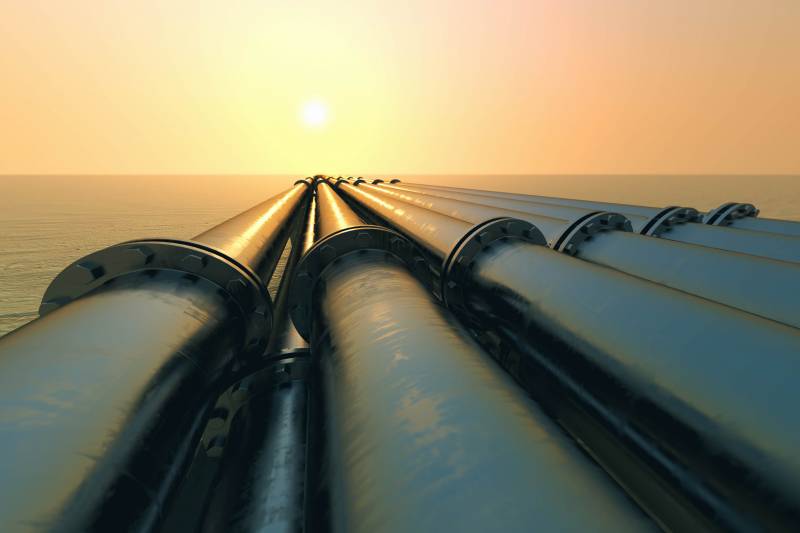 12 February 2018 of the German National Gas Transmission System Operators Association FNB Gas has announced the inclusion of the European Gas Pipeline Link (EUGAL) gas pipeline connecting the Nord Stream 2 gas pipeline and the gas hub in Olbernhau, located on the German-Czech border, into the German development plan gas network on 2018-2028

The operator of the gas pipeline will be Gascade Gastransport, owned by Russian Gazprom and Wintershall, which will receive 50,5%. The junior construction partners will be German Fluxys Deutschland, Gasunie Deutschland Transport Services and Ontras Gastransport, which will own the 16,5% of the new “pipe”.

Actually, the construction itself, which will cost 7 billion euros, is expected to begin in the second quarter of 2018. The gas pipeline length of 485 km will run parallel to the OPAL gas pipeline and will have a throughput of 55 billion cubic meters, that is exactly as much as the new Russian gas pipeline through the Baltic Sea that prevents Washington and Kiev from pumping into the German gas transmission system. 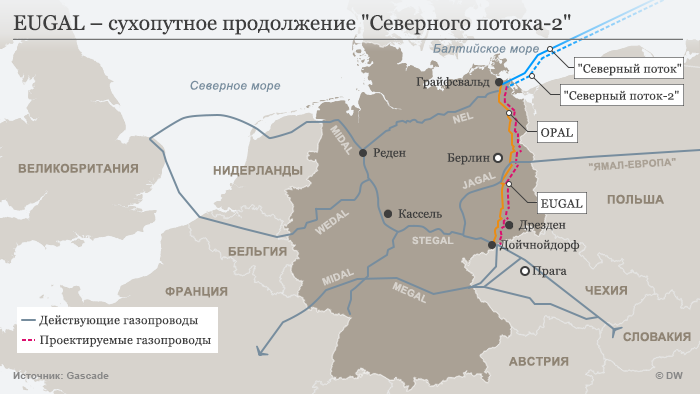 As we see, all of the Russian and German partners in this scheme are interconnected. Actually, both gas pipelines will be constructed almost simultaneously, and their launches should be fully synchronized in time.

Thus, Germany not only draws a line under the discussion of whether or not Nord Stream-2 will be built, but also shows all its neighbors and opponents that this decision is final and not subject to appeal.

In fact, the construction of a new gas pipeline has in fact already begun, since the first batch of pipes for it has already been shipped and delivered to storage sites in years. Lubmin, Dregeheide and Prenzlau.

Is it any wonder that, despite the seemingly anti-Russian rhetoric of Angela Merkel, the German side turned on the non-switching “green light” of the second part of the “Nord Stream”. Its operator, Nord Stream 2 AG, in November 2017, was given permission to work in the area of ​​Germany’s continental shelf. Further, at the end of January 2018, a permit was issued for the construction and operation of the offshore part of the Nord Stream-2 in the territorial waters of Germany, as well as in the land section of the gas pipeline in the Lubmin region near Greifswald.

This can put a big and fat point on stories gas confrontation between the US and the USSR / Russia and the energy war for the redistribution of the gas market in Europe ...

The redistribution of the gas market in Europe - a geopolitical issue 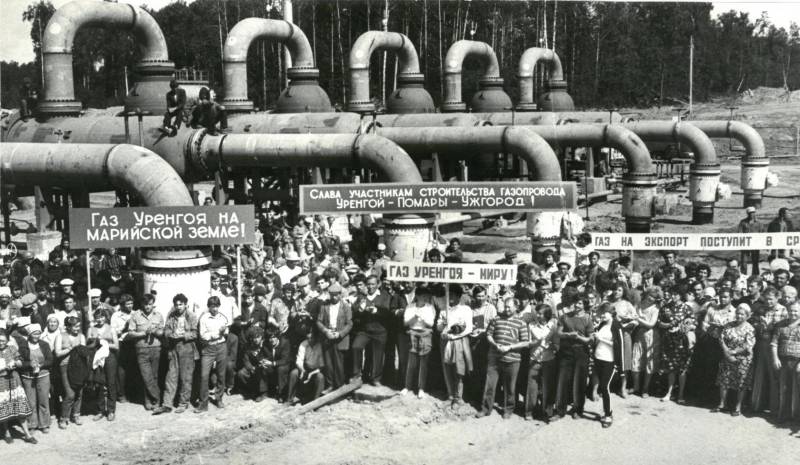 Gas is a convenient and environmentally friendly type of fuel and raw materials. The development of routes for its supply to the European market has always been a matter of changing the geopolitical influence of certain players. The construction of the first trans-European gas pipeline from the USSR to Western Europe, Urengoy-Pomary-Uzhgorod, was one of the main reasons for the sharp exacerbation of relations between Moscow, Washington and Berlin in the late 1970-x and early 1980-x. The Americans understood perfectly well that by launching “Russian gas” into Europe, they would lose some of their influence over it.

Today, nothing has changed in these geopolitical alignments. It is the degree of dependence of European countries on oil and gas supplies that shows how loyal allies of Washington will be their European partners. As we see today, in relations between Europe and the USA, not everything is rosy and this is partly due to the fact that, despite the collapse of the USSR and the temporary weakening of its position, Moscow was able to win the battle for Washington over the European energy market.

In the 1990 of the United States it seemed that a little bit more, and Russia would be finally destroyed and its wealth would be at their complete disposal. But by the middle of the 2000-s it became clear that these dreams were not destined to come true and the States needed to prepare for a new confrontation with this recalcitrant fragment of a great country. 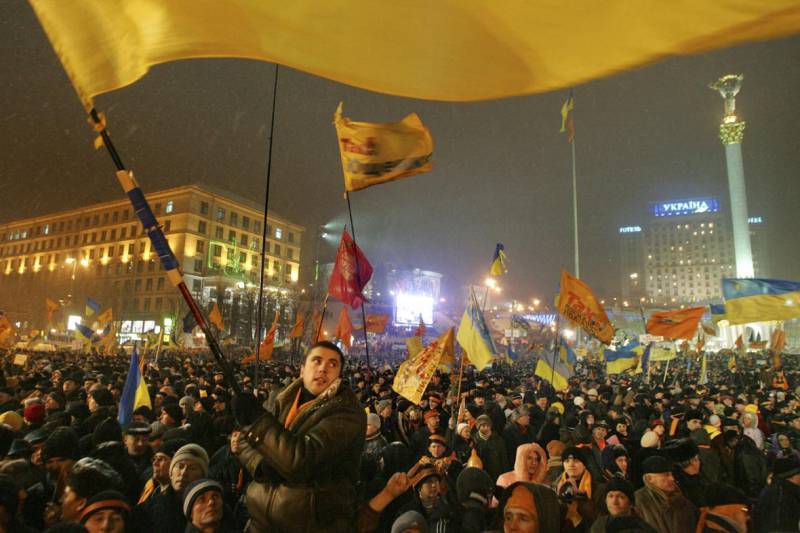 Initially, the problem did not seem difficult. The baseline for the attack on Russia was excellent. Moscow has not yet recovered from the consequences of the last Russian distemper, and it was a trivial task to straddle the transit routes of Russian energy resources to Europe.

The first Ukrainian Maidan, as we understand it, quite “accidentally” coincided with the start of the American attack on Gazprom’s European positions. Washington set the goal of at least halving (from 21% to about 10%) the presence of a Russian gas monopolist in the European market. We will not describe once again the vicissitudes of this titanic struggle. In summary, what seemed easy in the 2004 year was not only impracticable, but also marked the beginning of the collapse of Russia's entire containment strategy in Europe.

Today, after 13 years after the opening of hostilities against Russian gas, Gazprom controls 35-36% of the European gas market (instead of 21%) and seriously set out to take the 40% bar in the future. And this is a rout. The defeat of America and the important stage in building Greater Eurasia, this most dreadful dream of any American politician - from Barack Obama to Donald Trump.

Ctrl Enter
Noticed oshЫbku Highlight text and press. Ctrl + Enter
We are
On whose terms will Russian gas go to EuropeWar for sale. Leading private military companies of the world
Military Reviewin Yandex News
Military Reviewin Google News
69 comments
Information
Dear reader, to leave comments on the publication, you must sign in.