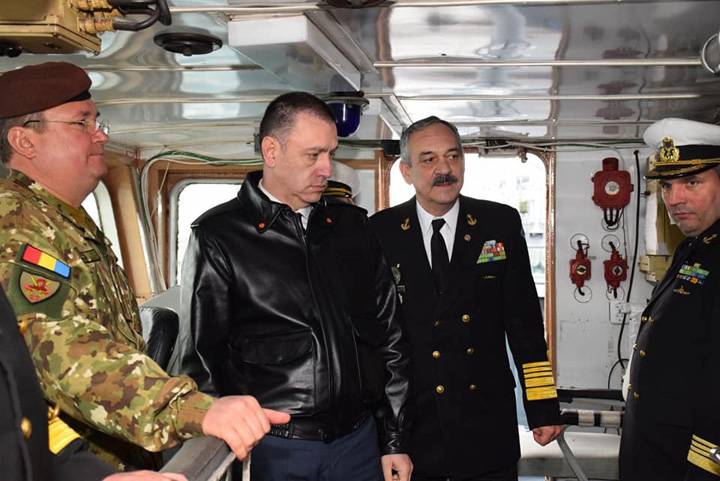 Romanian media reported that the Minister of Defense of Romania, Mihai Fifor, during a visit in early February of this year. the main Romanian naval base in Constance, announced its intention to acquire three non-nuclear submarines for the Romanian Navy.

“I know this may seem like a very ambitious project. But I am sure that this is a fully feasible plan. And we can build these boats in a Romanian shipyard. Now we are at the stage when the technical parameters for this type of submarine are being established, and we are ready to go to parliament to approve a new major funding program fleet»
Ministrul Apararii, Mihai Fifor: Fortele Navale se vor dota cu trei submarine. Programul putea incepe in 2020

According to the minister, in addition to the three submarines, the program will also include the acquisition of four multipurpose corvettes for the Romanian fleet, the allocation of funds for which was frozen in the 2016 year. The cost of the program is estimated at 1,6 billion euros. The construction of corvettes is also planned to be carried out at Romanian enterprises. 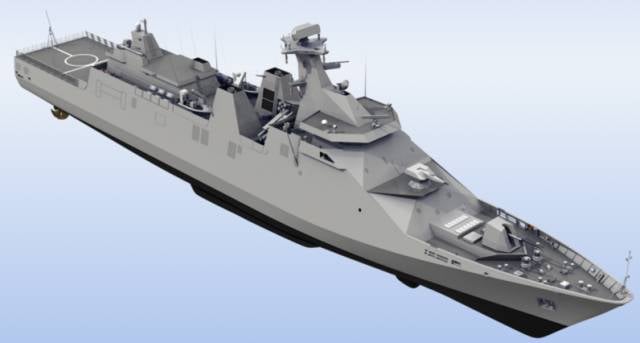 But that's not all. According to the Russian Internet edition of the BMPD, Fifor also announced plans to return to the modernization and equipping program of the two former British Broadsword frigates of the second series in the Romanian fleet. Both frigates were acquired from the British Navy in the 2003 year, almost without weapons, and are still operated in this form. After modernization, both frigates will be able to remain in service until the 2030 years.

Among other things, Romania, according to the minister, plans in 2018 to begin the program of acquiring for the Romanian Navy new coastal anti-ship missile systems to replace the old Soviet Rubezh-E complexes.

Thus, it can be stated that we are talking about the largest, since the “cold war”, program to build up naval forces of one of the Black Sea states. It is quite comparable in scale with the efforts of Russia to modernize its Black Sea fleet.
The survey suggests itself - what is behind all this? Why this small and by no means the richest country in south-eastern Europe suddenly needed to make such efforts to build a military fleet, the need for which for the military security of Romania itself is far from obvious.

For example, during the Second World War, the presence of relatively combat-ready naval forces on the Black Sea in Romania did not in any way help this country avoid a fatal military defeat on land. The fate of fascist Romania was decided in the course of the Red Army's powerful offensive in the summer of 1944.

Let me doubt that the current Romanian leaders have forgotten so much historythat allow themselves to step on the same military-strategic rake. Much more rational is the assumption that these decisions of Bucharest are dictated by no means by its national interests.

And here it will be worthwhile to recall that it was Romania that at present very tightly entered the role of the most faithful squire of the USA in southeastern Europe. Perhaps no country in this region has gone so far along the path of fully identifying its interests with the US, like Romania. Bucharest’s groveling level against Washington is best characterized by the fact that the country’s deployment (DeVéselou Air Force Base) of the strike element of the American advanced missile defense area. Which is extremely dangerous for the very existence of Romania in the event of any serious military confrontation between nuclear superpowers. Another striking indicator that Romania is not a mistress for itself is voluntary-compulsory purchases by Romanians for fabulous money of American grandfathers long to be scrapped aviation - F-16 fighters aged forty years.
A country whose rulers are ready for such extraordinary services to their newly appeared overseas “partners” can, of course, even simply have to take into account their wishes in other areas. Including - in the field of naval construction.

The fact is that the United States has long had a problem with the limited availability of the Black Sea basin for their naval forces. According to the Montreux Convention on the Black Sea Straits Regime of 1936, the US Navy, as a country that has no relationship to the Black Sea, is deprived of unrestricted access to this marine area. Not to mention the right to permanently base American ships here. They can come here no more than thirty days, and a very limited tonnage.

Americans who are accustomed to the unlimited possibilities of projecting their naval force to any part of the world do not like this at all. But they can not do anything. since, apart from the ancient convention, there are also Turkey and Russia, which are absolutely not interested in its abolition.

And now, it seems that the Pentagon has finally found a relatively acceptable way out. Due to the same Romania. I was urged to urgently upgrade my navy and at the same time multiply their combat power. Of course, this is not a completely equivalent replacement for American aircraft carriers and missile destroyers, but, as they say, for lack of stamped arms, they write in simple. In addition, it fits perfectly into the main American rule - to always carry chestnuts out of the fire by someone else's hands.

Why Romania is also understandable. Because there are no other options on the Black Sea. Turkey to America now looks like a wolf. And there will definitely not be a quarrel with Russia for the sake of American interests. Bulgaria struggles to distance itself from any serious confrontation with Moscow. For this, the Bulgarians even elected a Russophile-military pilot for themselves as president.

There are still Georgia and Ukraine. But if the first is too insignificant for imposing any serious military tasks on it (remember the outcome of the 8.08.08 war!), Then Ukraine is simply too dangerous for the United States. And its direct armament, including the sea, is just what is a red line for Russia.

So the American naval commanders still have one hope on the Black Sea - Romania. It is from here, in my opinion, that the legs of the present unprecedented Romanian naval boom grow. Which is needed in this country, like a hare stop signal. But Bucharest cannot deny America its very convincing "request". Gruzdev called himself get in the body! So, it seems, it is customary to say in such clinical cases.

Ctrl Enter
Noticed oshЫbku Highlight text and press. Ctrl + Enter
We are
Situational analysis of the death of the MH17 flight (Malaysian Boeing 777), made on the basis of engineering analysis from 15.08.2014Bashar al-Assad: In Syria, not the “revolution” that the enemies are talking about, but the revolution of the army and the people against terrorists
Military Reviewin Yandex News
Military Reviewin Google News
27 comments
Information
Dear reader, to leave comments on the publication, you must sign in.