The US State Department accused Russia of ignoring the Minsk agreements.

February 13 2018
55
The US State Department accused Russia of ignoring the Minsk agreements, and also said that sanctions against Moscow would not be lifted until "Russia returns the Crimean peninsula to Ukraine." This was stated by the official representative of the Foreign Ministry Heather Nauert. 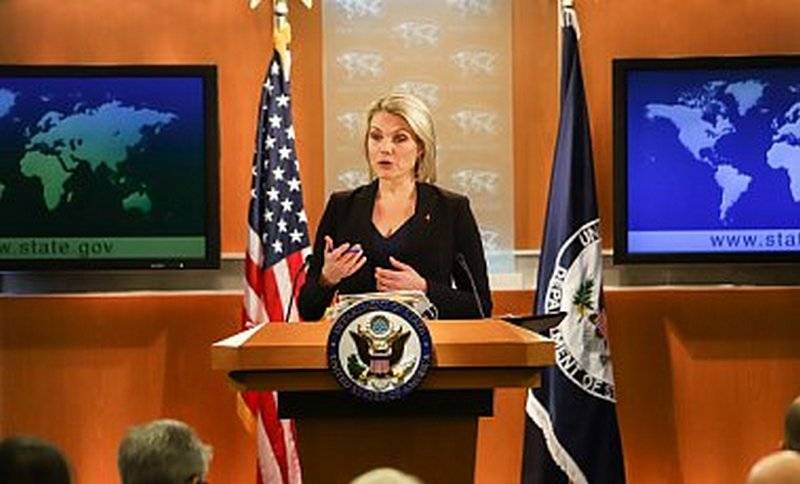 Unfortunately, Russia continues to ignore the Minsk agreements, fomenting a hot conflict in Ukraine ... Working together with France and Germany, the United States continues to urge the Russian government to stop the aggression against Ukraine
- said the agency.

Nauert noted that the sanctions will be maintained until "Russia does not fulfill its obligations under the Minsk agreements."

Our sanctions related to the Crimean issue will be in effect until Russia returns the peninsula to Ukraine
She declared.

Earlier it became known that the United States is ready to support the Minsk agreements in partnership with the Norman format.

Moscow has repeatedly stated that the Russian Federation is not a party to the conflict in Ukraine and acts as a mediator in resolving the crisis, therefore, as the presidential press secretary Dmitry Peskov pointed out earlier, Russia cannot implement the Minsk agreements, hence the attempts to link the sanctions to the implementation of the agreements "illogical and absurd," transmits RT
Ctrl Enter
Noticed oshЫbku Highlight text and press. Ctrl + Enter
We are
Military Reviewin Yandex News
Military Reviewin Google News
55 comments
Information
Dear reader, to leave comments on the publication, you must sign in.