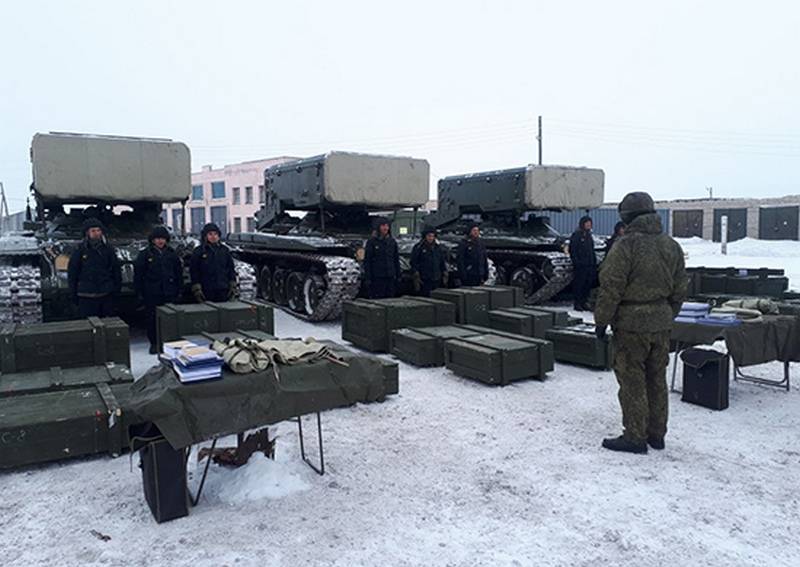 The crews of the "Solntsepek", staffed by contract servicemen, were trained in advance for new models of equipment
- said in a statement.

TOS-1A, created on the chassis tank T-72, can fire rockets in thermobaric and smoke ignition equipment. The system is intended for arson and destruction of structures and buildings, incapacitation of lightly armored and automotive vehicles of the enemy.