February 13 2018
43
The Council of the Duma decided not to transfer the contribution to the budget of the Parliamentary Assembly of the Council of Europe (PACE), said First Deputy Speaker of the State Duma Ivan Melnikov. 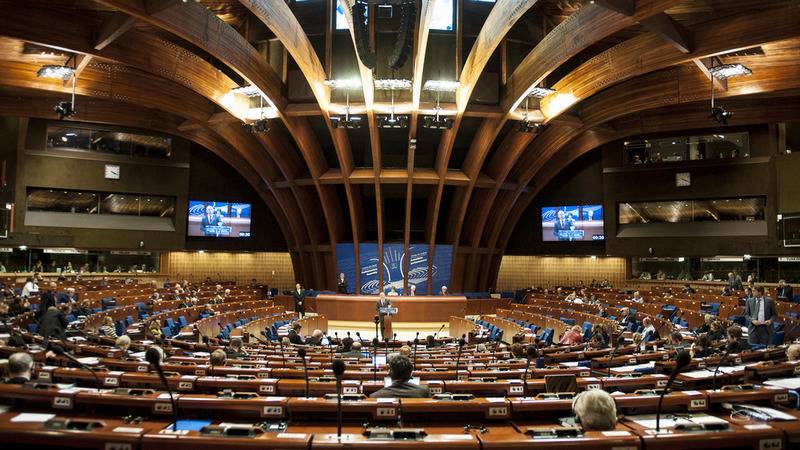 The Council of the Duma decided to pay contributions of the Russian Federation to 2018 for the budgets of international organizations.
- Melnikov said.

As you, probably, have noticed, among these organizations there is no PACE
- Melnikov said.

In turn, Leonid Slutsky, chairman of the State Duma’s international affairs committee, stated that because of the non-payment of Russia's contribution to PACE in 2018, the organization would have to cut important programs.

If suddenly the regulatory changes are prepared, made to the PACE regulations, then we will participate, respectively, we will consider the issue of our contribution, but not before
- Slutsky told reporters.

As the State Duma Speaker Vyacheslav Volodin said earlier, the Russian side proceeds from the consideration that it is necessary to pay the full amount only if the rights of the Russian delegation to PACE are restored in full. Therefore, the assembly should make changes to its regulations.

Ctrl Enter
Noticed oshЫbku Highlight text and press. Ctrl + Enter
We are
Long Russian minus in the budget PACE: how to reduce the balance of the office?"Fighting witches" in the European Parliamentary Assembly reached its highest point
Military Reviewin Yandex News
Military Reviewin Google News
43 comments
Information
Dear reader, to leave comments on the publication, you must sign in.