February 13 2018
12
The famous BRDM-2 began to return to the Iraqi army. A photo of a restored and modernized Soviet-made reconnaissance and patrol vehicle recently appeared on the Web, reports Rossiyskaya Gazeta. 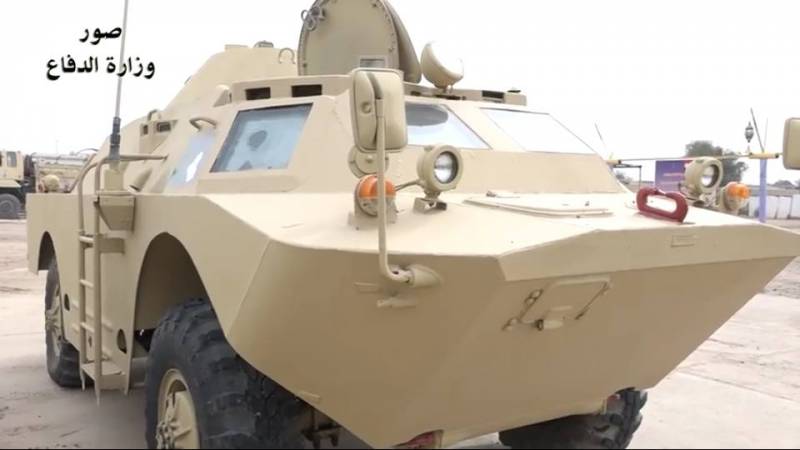 According to the newspaper, local engineers "installed armored glass on the car, removed four additional smaller wheels that were moving out from under the bottom, mounted side stairs and rear-view mirrors." Also BRDM are equipped with new engines and more advanced means of communication.

Armament, apparently, remained the same - two machine guns caliber 14,5 mm and 7,62-mm in a rotating turret. Not taken any measures to strengthen the armor protection. It remained at the same level, with the maximum thickness of armor in the frontal part of the 14 mm machine.

This is not the first attempt by Iraqis to improve the performance of an armored car. Back in the days of Saddam Hussein, an option with a 23 mm was demonstrated at the exhibition of the local defense industry in Baghdad aviation the gun. It was planned what weapon get most of the park BRDM-2.

However, the implementation of these plans was prevented by the Kuwaiti adventure - the invasion of a neighboring state, which ended with American intervention and complete defeat.

Ctrl Enter
Noticed oshЫbku Highlight text and press. Ctrl + Enter
We are
The Czech army prefers the Puma BMP and is looking for a replacement for the T-72 tank.Protection and booking systems. Challenges, opportunities and trends
Military Reviewin Yandex News
Military Reviewin Google News
12 comments
Information
Dear reader, to leave comments on the publication, you must sign in.