February 13 2018
49
On the involvement of the Germans in the war with the Russian argues analyst Marco Meier. He believes that the Germans need to prepare for a military conflict with the Russians. A certain personage with a “transatlantic orientation”, who in two years will replace Angela Merkel as chancellor, will drag Germany into the confrontation with Russia. 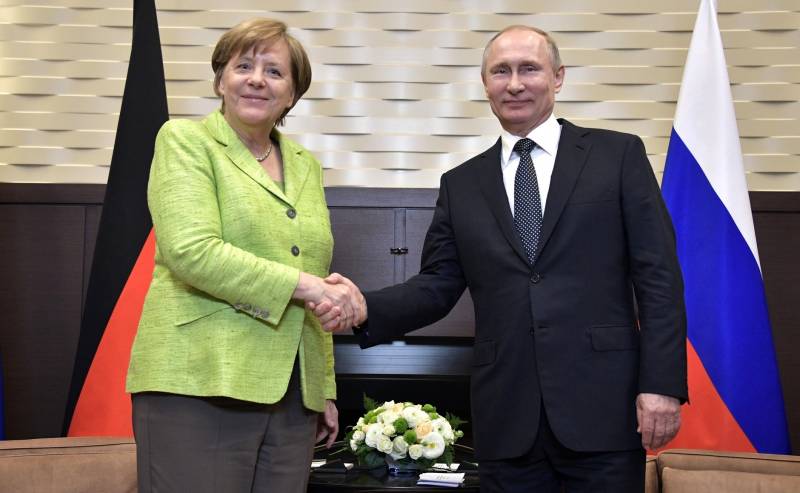 Marco Maier on the German-language portal Contra Magazin He said that it was time for the Germans to prepare for war with the Russians. The war will begin soon. As an argument, Mayer cites "recent geopolitical events" that have touched both Europe and the whole world.

1. The administration of the Trump is not going to turn off the military course that was planned by his predecessor Barack Obama, the author writes. Trump develops militarization of Eastern Europe. The British act along with Trump: they seem to want their forces in north-west Germany not only to remain in place, but also to be strengthened. The withdrawal of forces is planned before 2020, but now there is no hope for it.

2. German media reported that the Bundeswehr should create a new NATO headquarters in Germany. The proposal was made by the Federal Minister of Defense Ursula von der Lyayen. The new headquarters of the alliance will be responsible precisely for the rapid movement of troops and equipment of NATO. According to the Süddeutsche Zeitung, the reason for this step is as follows: NATO is strengthening its command and staff structure in Europe, which is a reaction “to Russian policy, which is perceived as aggressive.” In addition, German politicians at the NATO summit in Wales promised to spend 2% of Germany’s GDP on military needs (by 2024 year).

That is why Mayer believes that after Merkel’s departure from politics (he predicts this withdrawal rather soon: in the next two years), the post of chancellor will be taken by a person with a transatlantic orientation. Hence the beginning of the "course of the war with Russia." “You must be prepared for this,” Mayer tells the Germans.

Mayer's reasoning, we note, is much more similar to juggling with other people's political statements, flavored with a fair dose of conspiracy. Herr Mayer is not at all bothered by the evidence that Frau Merkel did not have much time left to rule Germany. The name of her "changer" is also unknown to him. All analyst's conclusions are based on the “transatlantic” hypotheses sucked from the finger.

In fact, Germany’s relations with the United States are as cold as ever. There is no smell of transatlantism there. Germany, contrary to the will of the "hegemon", pierces the Russian "Nord Stream 2", local German politicians in the federal states object to "concerts" and other activities of American troops, and the police on the roads fines Polish carriers of American military equipment. Finally, a number of German politicians are in favor of easing anti-Russian sanctions. All this is very little like the "war with the Russians."