February 13 2018
61
The invisible presence of the United States at the table of Russian-Japanese negotiations from time to time becomes quite visible and therefore more destructive. 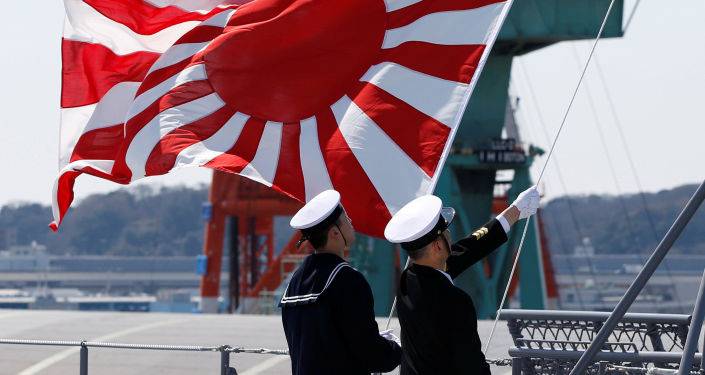 The other day, Japanese Foreign Minister Taro Kono made an anti-Russian statement that was not quite typical of Japanese diplomacy. No, I don’t want to say at all that anti-Russian rhetoric in Tokyo is not held in high esteem, Quite the contrary. But traditionally it always revolves around the same beloved Japanese theme - the allegedly controversial affiliation of the four islands of the Kuril ridge.
And then suddenly the Japanese minister spoke almost as a representative of a superpower and said that Russia's actions "led to a situation where the United States was forced to develop low-yield nuclear warheads."

This demarche of the Japanese minister caught my attention at once for two reasons.
First of all, I was frankly struck, I would even say the pro-American duty officer of this representative of supposedly sovereign Japanese power. Which has become a very eloquent reminder of who is who in world politics. And what an unenviable role in it actually plays Japan.

And, apparently, this role is very little different from that purely official, which this country crushed by America in the wake of the Second World War, was honored to receive from the hands of its American "liberators".
And indeed - there is no reason to believe that modern Japan is at least one iota more independent in matters of foreign policy than in September of the 1945 year.

If someone, in order to prove “the obvious growth of Japanese sovereign ambitions” reminds of the existence of armed forces in this country, formally prohibited by its own constitution, one thing can be said about this - these armed forces are built and equipped in strict accordance with the military -political interests of the United States, which actively use Japan as part of its global policy.

By the way, exactly история with the resurgence of the outlawed Japanese war after the war, this is the best illustration of the fact that no law was written to the United States. And their guiding principle is the notorious "If you can not, but really want, you can." After all, the following is written in black and white in the Japanese constitution:

Chapter ІІ, Article 9 of the Constitution of Japan "Refusal from War":
“Sincerely striving for international peace based on justice and order, the Japanese people forever reject war as the sovereign right of the nation, as well as the threat or use of armed force as a means of resolving international disputes. To achieve the goal indicated in the previous paragraph, land, sea and air forces, as well as other means of war, will never be created in the future. The right to a state of war is not recognized. ”

However, when the States needed to build up military forces in the Far East against the USSR and China, they immediately spat on all military bans established by them for the Japanese and allowed them almost everything except what could be directed exclusively against them. That is why Japan still does not have aircraft carriers.

But all the other types of troops and weapons, including offensive ones, which are completely prohibited to Japan, it develops without any problems. Including combat shock Aviation, landing helicopter carriers and marines. 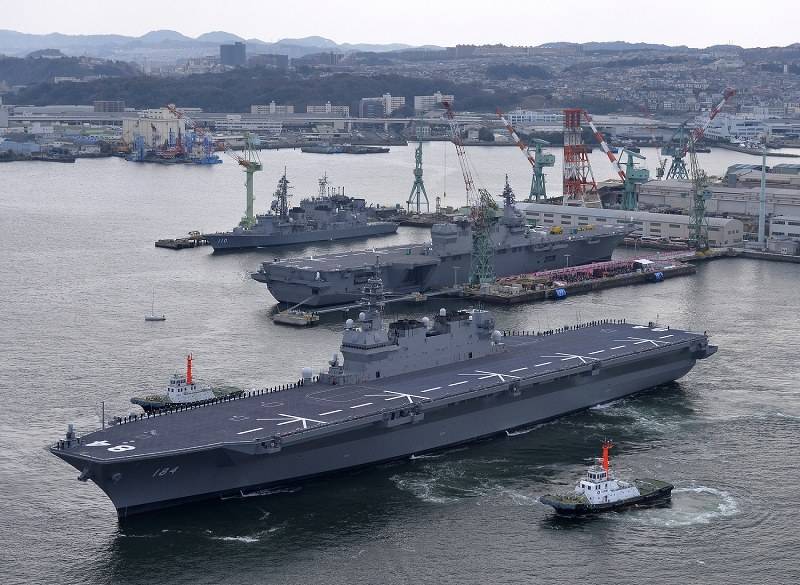 But what's more, Japan has recently, without a single objection from the United States, engaged in the development of an offensive missile weapons.

"In connection with the unstable regional situation, Japan is considering the possibility of creating a production of long-range cruise missiles to attack ground targets," Japanese media reported, citing government sources. The Japanese budget for 2018 included expenditures for the purchase of cruise missiles from the United States and Norway, but they decided in Tokyo that it was necessary to start their own production, reports TASS with reference to Sankey. According to the source, the prototype of the first rocket will be ready for 2022 year..

It would seem, against such a background, when Japan itself in the most active way, contrary to international obligations and the laws of its own country, regains its offensive military potential, Japanese politicians famous for their Eastern wisdom should be silent in a rag about other countries that supposedly undermine something and destabilize. As it is, it is not entirely clever on the part of a power, which has “by the very thing” a cannon.

And the fact that the Japanese minister ignores simple everyday rule in the most sassy way. saying “whose would be mooing, and yours would be silent,” says precisely that Japan is not very capable of acting in strict accordance with their own interests. And this is clearly unformatted for Tokyo hitting Russia, about some obscure mini-nuclear charges, from which a mile off carries the interests of Washington, says a lot.

And, above all, that the degree of state independence of Japan, despite its entire sovereign entourage and even its own army, remains, to put it mildly, a big question. In the same way, by the way, like Germany, which, up to now, so zealously dances under the American tune, that there is a legitimate bewilderment about the reasons for the German government’s so total disregard for the German national interests. Which, for example, at the very least, suggest an unpredictable confrontation with Russia over Ukraine.

As for Japan, its servility to Washington, which is confirmed in practice, forces Moscow to look closely at its eastern neighbor from this angle. Indeed, it is one thing to have relations with a fully sovereign state, which defends its own, albeit not very acceptable, but at least understandable interests. And it is quite another when under the guise of such a subordinate to the world hegemon a country pushes exactly what its overlord needs.

The fact that the topic of the Kuril Islands is raised in many of its toughest form in Japan - demands for the unconditional return of the “northern territories” allegedly occupied by Russia does not correlate better with Japanese, but with American aspirations. The two neighboring countries, which have extensive mutual interests, could certainly reach some kind of compromise solution that suits both parties. And such options, like the creation of zones of joint economic activity, from time to time come up on the negotiation agenda.

But then, as if by the invisible hand of someone, these compromise initiatives are curtailed, the tone of the Japanese side is tightened again, and the progress that seemed to have come to naught. And the Japanese foreign minister, who suddenly ran into Russia about its allegedly destabilizing role in the global nuclear community, to which, by the way, Japan itself has nothing to do. Of course, he could not help but understand what dire consequences this would lead in the dialogue on Kuril affairs. But Japan, it seems, is not really the mistress itself. And why Americans need it is also a small mystery.

The Kuril archipelago is of considerable military and strategic importance as an island ridge covering Russia from the Pacific. It is quite obvious that a hard transition of at least part of the local islands under the sovereignty of Japan will have the most fatal effect on the strength and reliability of this natural safety belt. And if foreign (read-American) military bases are deployed there, which is absolutely inevitable due to the same Japanese servitude, the US military will get a very convenient strategic base for direct control of the entire Russian Far East.

This seems to be the most feared in Moscow. And thanks to the Japanese Foreign Minister, who once again and utterly lucidly reminded about who Moscow is actually dealing with when it is engaged in a dialogue with Tokyo.

Ctrl Enter
Noticed oshЫbku Highlight text and press. Ctrl + Enter
We are
Results of the week. “In our cooperative, the board is always agreed”Kuriles - an integral part of our homeland
Military Reviewin Yandex News
Military Reviewin Google News
61 comment
Information
Dear reader, to leave comments on the publication, you must sign in.