Browning ceased production of the most famous model.

February 12 2018
75
The era of the legendary Hi-Power pistol is officially over. According to shootingillustrated.com, Browning has discontinued the production of one of the most famous pistols of the 20th century. 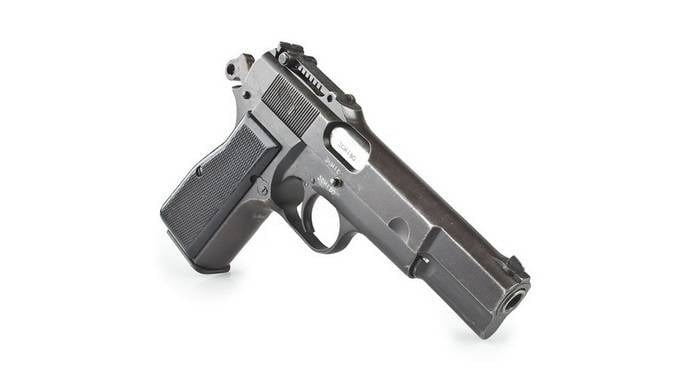 The press service of Browning indicates that Mark III guns are still available to customers, and they remain in stock with distributors. However, deliveries will not continue, and Hi-Power is no longer officially made.

Hi-Power is the latest pistol designed by the famous gunsmith John Moses Browning. After Browning’s death in 1926, the design of the gun was completed by Dieudonné Sav, the chief designer of the Belgian company Fabrique Nationale. In serial production model entered the 1935 year.

In the basic version, Hi-Power was equipped with an 13-charging magazine and was produced in the caliber 9 × 19 mm Parabellum. In addition, the gun was repeatedly upgraded and produced in other calibers. The weight of the gun is almost 900 g, length - 20 cm (with a barrel length 11,8 cm), transmits "Warspot"