American aircraft spent the next reconnaissance at the borders of Russia

February 12 2018
30
The US Air Force RC-135W strategic reconnaissance aircraft on Monday flew for many hours near the borders of the Kaliningrad region, follows from the monitoring data of Western aviation resources. 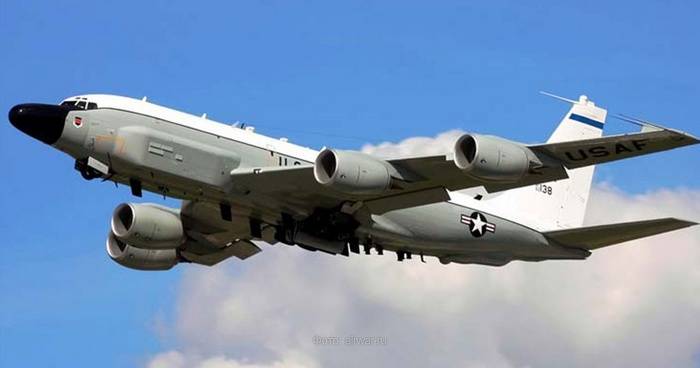 According to their information, an American aircraft with a tail number 62-4134 and callsign ABUZZ14, which departed in the morning from Mildenhall airbase in the UK, cruised along the region’s borders, flying in the airspace of Poland and Lithuania.

According to observers, reconnaissance flights, which in recent days are almost daily carried out by American aircraft near the borders of the Kaliningrad region, are connected with reports of the deployment of Iskander-M operational tactical missile systems there.

In addition, on Monday, the Swedish reconnaissance aircraft Gulfstream 4 with a tail number 102002 also flew off the coast of the Kaliningrad region on Monday, Interfax reports.