February 13 2018
113
The New Day team of the “Military Review” began as usual: a plan with American coffee under the portrait of Pentagon chief James Mattis in the office of the editor-in-chief, the editorial of The New York Times, from which the most important notes were made on opposing the bloodthirsty Kremlin regime and unbearable gebna in as a directive. Next - a five-minute glorification of LGBT values ​​and a ten-minute of frantic desire to transfer the Crimea to Ukraine, the Kuriles - to Japan, the Kaliningrad - to Germany, Siberia - to all progressive humanity.


The scooping routinely ended with a collective performance of the American, then the Israeli hymns, and the kissing of the corresponding flags with a kneeling bow. The procedure was closely watched by a guest rabbi and a Swedish family of three Protestant pastors, so that no one in the performance would suddenly slip through an undemocratic Russian accent.

News the department, handing over foreign passports in pockets with double lining, already accepted a Morse code from the US National Security Agency, the analytics service - ran to the turntable so as not to miss the call from the Central Administration from Mossad about how to sing in Russia having no analogues in the world, the Iron Dome and Merkava.

The moderators, while wearing headphones and turning on the direction-finding system of the Russian patriots, started the usual thing - banning exclusively those who more than anyone else advocate for the protection of Russian interests, for the development of the army and fleetwho knows exactly how we can raise Mother Russia and how to sweep oligarch thieves into clean water and then shoot them in the Execution Ground from anti-tank grenade launchers. Having banned for the first 15 minutes of broadcasting, more than a million ethnic Russians, the moderators assigned their ratings to themselves in the future to exchange for dry rations from NATO countries and Aeroflot miles in the direction of the airports of states of prosperous democracy. Someone already flew to Kiev.

The administrators of the Military Review, reporting on the work done before the instructor from the CIA, turned on the live broadcast of the Winter Olympics from Korean Pyeongchang and began to cheer together for the combined teams of the United States and Canada. When Olympic athletes from Russia made mistakes, the VO team ran out into the street with picturesque portraits of Richard McLaren and Grigory Rodchenkov (before and after the plastic) and started the fireworks with shouts: “That's what you need, mean doping sinks! America is with us! ”

At that moment, great friends from the Ukrainian group The Right Sect called the editorial office of the Military Review and offered to make another sale of Russia for 50 hryvnia - the act of writing material about how much the Ukrainian army surpasses the Russian Armed Forces for training, armaments and charisma. The authors of “VO”, without any doubt, took the money (paying taxes to the American budget) and gave out material on how the cyborgs branch burned at least 14 T-72 and 72 T-14, using the latest Ukrainian ammunition “ Boomerang-G ”, tested by Alexander the Great Turchinov himself.

At this time, the site administration has already worked with regular agents MI6, who under the guise of patriotic readers, commented on the materials on the "VO". Having received an iron cross and three remittances for the percentages of the US government debt, which presented themselves as Russian patriots to readers, they began to intervene from offshore zones in the preparations for the presidential elections in Russia. The proceeds sent Ksenia Sobchak to prayer breakfast in Washington.

A bell rang from Capitol Hill, in which a group of Republican senators noted the significant contribution of Military Review to firmly upholding American interests in the enslaved space of aggressive Russia. Sanctions were lifted from the moderators, and parcels with Spanish jamon and Canadian maple syrup immediately went to the editorial office. Drinking jamon with syrup, the VO team wrote a letter to television asking them to increase the airtime for Let They Talk and Dom-2 and reduce the time for news on science, culture and the army of Russia.

Then everyone sang the hymns of the USA and Israel again, and someone in tribute dragged on "Has not yet died." Against the background of silence after the performance, it was heard that the entire department of illustrations fell down before a leaf of a maple from the secret herbarium “The democratic flora of the peoples of the world”. At the end of the working day, the team began to prepare for a PR campaign for the LGBT pride in honor of the 100% release by the American coalition of the territory of Syria and Iraq from terrorists.

PS Perhaps many of our regular readers are surprised at the appearance of this feuilleton.

But the fact is that in the comments to the articles on a variety of military, economic and geopolitical topics there are “comrades” (“gentlemen”) who are interested in the “most important question”: what kind of intelligence - American, Canadian, Israeli, German or British - does our informational and analytical portal work? That this is exactly how “VO” works is, of course, these Citizens have no doubt.

And on the eve of the individual readers who are registered on the "Military Review" is not the first year, and all announced that the site topwar.ru "defends American interests." Their - units, but those are available. 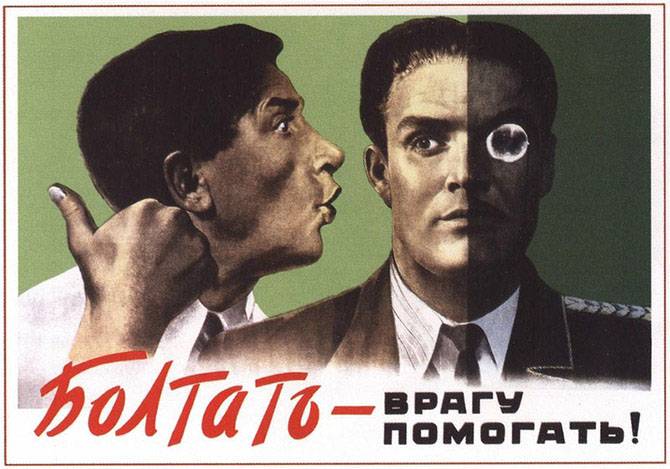 And the VO team decided: why should such persons affected by the bacillus of conspiracy science try to dissuade them — let them really know how the working day of the Military Review is going and establish themselves in their beliefs about us. What was this feuilleton.

PPS Well, everything - we went to serve the interests of the overseas - the anthem of the torch of democracy is already turned on at all audio columns, only quietly - no one can talk about this!

Ctrl Enter
Noticed oshЫbku Highlight text and press. Ctrl + Enter
We are
The unexpected war of Hitler's Germany with the USSR (part 4)Interview by President Bashar Al-Assad to the Sunday Times
Military Reviewin Yandex News
Military Reviewin Google News
113 comments
Information
Dear reader, to leave comments on the publication, you must sign in.