US accused of concealing nuclear weapons

February 12 2018
35
The White House hides facts about the state of the nuclear weapons in the United States, the newspaper The Washigton Post. A number of experts criticized the Pentagon's Review of Nuclear Policy, which conceals the development of new weapons by the Americans, in particular, intercontinental ballistic missiles. 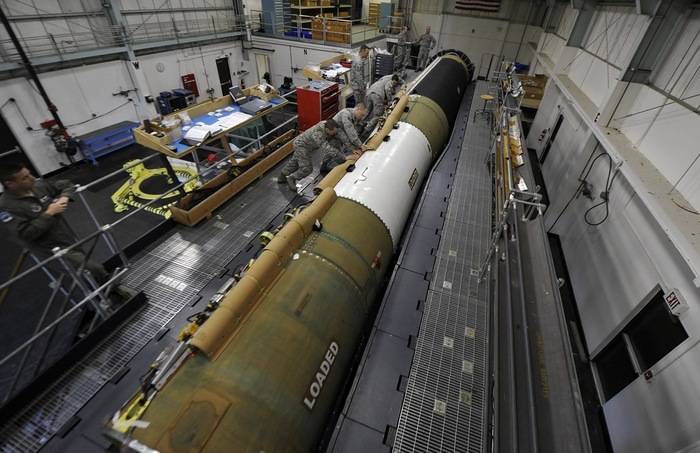 The Trump Administration report was published in early February. It says that Washington is reducing its stockpiles of nuclear weapons, while Moscow and Pyongyang are actively developing nuclear systems and are ahead of the United States in this. Attached to the document is a table that demonstrates the achievements of Russia and Asian countries over the past eight years. The Nuclear Policy Review establishes a new nuclear doctrine, according to which modernization of American nuclear weapons is proposed.

The head of the nuclear weapons information project in the Federation of American Scientists, Hans Christensen, said in an interview with the newspaper that the United States had adopted new systems in the 1990s and early 2000s. In Russia, the modernization began later. Since the report takes 2010 a year as a starting point for the development of nuclear weapons, this allows the White House to conceal the real state of the military industry.

In addition, the table did not include some American systems that are being developed, but not yet adopted. These include the B-21 Raider bomber, the Columbia class missile submarine cruiser, the new long-range cruise missile and the new intercontinental ballistic missile. The total cost of these programs is estimated at 400 billion dollars.

At the same time, weapons of Russia and China are presented, which, in fact, are modernized versions of earlier weapons. However, some types of American weapons, the modernization of which led to the creation of a new type of systems, were also not included in the list, reports "Lenta.ru"