According to the Rasmussen report, the UN should consider participating in a mission around 20 thousand troops and 4 thousand policemen from non-NATO countries, reports Reuters. 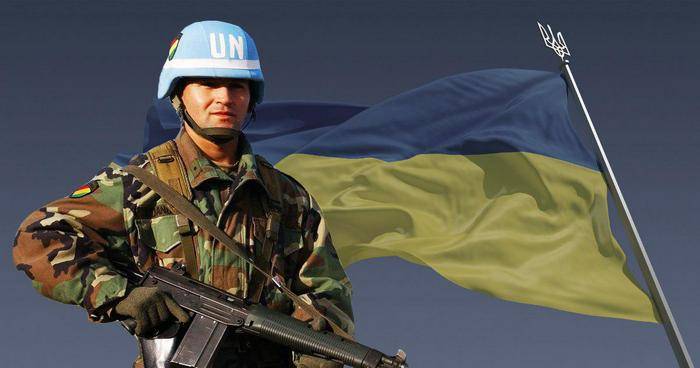 The operation will require the participation of some European countries - for example, Sweden, countries with experience in peacekeeping - such as Brazil, and countries that Russia trusts - for example, Belarus
- UN expert at Columbia University Richard Gowan.

It is reported that some diplomats and experts have declared a contingent in 50 thousand people needed to participate in resolving the conflict in the east of Ukraine. According to Gowen, this is not a very real scenario, given that Moscow is likely to be against so many military men.

In November, it became known that the United States decided to offer Russia a plan to deploy the 20 to thousands of peacekeepers in the Donbas.

Earlier, Russian President Vladimir Putin stated that he supported the idea of ​​sending UN peacekeepers to Ukraine, but this can only be a safety function of the OSCE staff. Kiev believes that the UN mission should have a broader mandate and be located throughout the territory of Donbass up to the border with Russia. Kiev also rejects the possibility of direct negotiations with the militias.
Ctrl Enter
Noticed oshЫbku Highlight text and press. Ctrl + Enter
We are
Rasmussen showed Putin carrot and stick
Military Reviewin Yandex News
Military Reviewin Google News
66 comments
Information
Dear reader, to leave comments on the publication, you must sign in.