Will Russians save Israel?

February 13 2018
195
In the north of Israel restless. Israel’s tensions with Syria and Iran have escalated. Israeli politicians and experts believe that it is time for the mediator to intervene. And Russia could become this mediator. Besides her, there is no one to settle the situation. It is the Russians who will help avoid a full-scale military conflict. The time when the USA mediated in the region is gone. 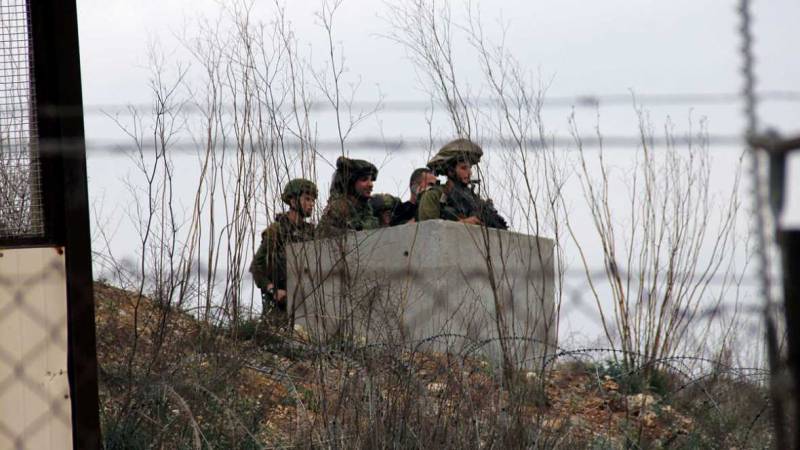 The failure to find a mediator can seriously aggravate the conflict between Tel Aviv, Ladies and Tehran. This writes Laura Fernandez Palomo on the site "RTVE".

The “rules of war” in the north of Israel have changed. Today, parties to a conflict are at greater risk. In recent years, there has been a serious escalation of hostilities. This is confirmed by the events that took place last Saturday. The conflict between Israel, Iran and Syria can be seriously exacerbated if the parties do not find a mediator.

According to the International Crisis Group, the situation is worsening: the containment, which previously allowed the separation zone of Israel with Lebanon and Syria to remain relatively calm, no longer plays its former role. Tensions between Israel and the Shiite Hezbollah are affecting, since this Lebanese group also operates on Syrian territory along with Iranian forces. As a result, Israel was faced with an “unknown” development of the situation. At least, experts say so.

The Iranian forces themselves, which are fighting on the same side with the forces of President Bashar Assad, also increased their influence. True, while they are far enough away from the territory controlled by Israel.

Analysts at the International Crisis Group are confident that the Assad troops will move to the southern regions of the country. And a mediator is needed who could contribute to the achievement of a temporary agreement between the parties. The initiator could make Russia.

The publication reminds that last week, on Saturday night, the Israeli military intercepted an Iranian drone, which from the territory of Syria invaded Israeli airspace. Also, “Iranian targets” were attacked in Syria. The Israeli Air Force fighter was able to shoot down an Iranian UAV launched from Syria. However, the fighter crashed in the north of Syria, having been hit by a Syrian air defense. The crew ejected, but one pilot was seriously injured. This led to "a large-scale Israeli operation against Iranian and Syrian targets."

Как note Russian media, two fighter pilots are now hospitalized, the state of both is stable. Israeli Air Force planes, which then struck at the air defense system and Iranian targets in Syria, attacked twelve objects. During this air attack in the direction of the Jewish state were released anti-aircraft missiles, which triggered the siren air raid in northern Israel.

In Syria, hitting an Israeli plane is considered a victory, writes RTVE. Hezbollah fighters claim that the downed aircraft marks "the beginning of a new strategic stage" and "the fall of the old balance" in the region.

Analysts agree with this: after all, over the past few weeks, the level of anxiety in the northern zone has increased. Israel does not want to escalate, experts say, but the “rules of war” at the new stage no longer seem clear.

The Deputy Israeli Prime Minister for Diplomatic Affairs, Michael Oren, also hopes for a mediator who will contribute to peace between the conflicting parties. According to him, Washington is no longer able to be a mediator here. Opinion policy leads «Bloomberg».

The United States is already out of the Syrian “game,” since Russia dominates here, Jonathan Ferziger and David Winer write in their article. Israel hopes that Vladimir Putin, as long as the Trump administration is looking “from the side,” will continue to keep Iran and Syria from confronting with Israel. So thinks the Deputy Israeli Prime Minister Benjamin Netanyahu.

According to Oren, the American part of the equation is in support of Israel, but the US is now “practically without leverage” in place.

Criticism of Oren, journalists say, reflects Israel’s official opinion that Washington is not doing enough to curb Iran’s military ambitions in southern Syria, where the border “with the Israeli Golan Heights” lies.

The article also notes that Mr. Netanyahu is in direct contact with the Russians (the dominant player in Syria) after the incident with an Israeli plane.

Israel’s expectations from Russia are built on the fact that the Russians will stop this new war. Oren does not admit that there is someone who would now be "interested in war."

Asked if the Russians could keep Iran and Syria, he replied: “We assume that they can. We'll see".

Russia, perhaps, is the best choice of Israel, but it is difficult to be sure of that, journalists write further. Indeed, over the past few years, Netanyahu has made a number of visits to Russia to draw the "red lines of Israel." He asked Putin to curb Iran. So what? Russian media quoted the Foreign Minister Sergey Lavrov as saying that the presence of Iran in Syria is legal, and Moscow cannot guarantee that pro-Iranian forces will leave the southern territories of Syria.

Further, the authors recall that Russia came to the Syrian war in order to "support its client, President Bashar al-Assad." Iran and Hezbollah also "support Assad." In addition, they see a power vacuum in Syria and are ready to use it as a chance to build their own sphere of influence, from Tehran to the Mediterranean.

Russia's interest is to reach a political and military solution in Syria and rebuild the country, Amos Yadlin, former head of the Israeli military intelligence, believes. Therefore, he says, the conflict in the north between Israel, Hezbollah and Iran is not in the interests of Moscow.

Yadlin, who heads the Institute for National Security Studies at Tel Aviv University, does not expect Israel’s salvation in Syria to come from the United States. “America is busy with other things,” he said with irony.

As for Russia, it is not possible to judge its peacekeeping decision, the whole Middle Eastern tangle looks so complicated.

In addition, Russia is not so much like the dominant player in the region - after all, winning is not enough, the victory must also be consolidated. And consolidating the victory is a long exhausting struggle on the ground, without which the situation will crawl back. The war in Syria can gain new momentum. At present, Moscow is much more concerned about the presidential elections, rather than an increase in tensions between Israel and regional Syrian players, Iran and Syria, who hardly plan to soon become friends with Israel.

As a result, Moscow confined itself to a statement of “grave concern”, which seems more like criticism of Israel’s actions than mediation between Israel, Syria and Iran.

“In Moscow, the latest developments and attacks on Syria were taken with serious concern. Of particular concern is the danger of escalating tensions in and around de-escalation zones in Syria, the creation of which has become an important factor in reducing violence on Syrian soil. We remind you that the Syrian government forces observe the existing agreements on ensuring the sustainable operation of the de-escalation zone in the south-west of the country ", - says in a statement to the Ministry of Foreign Affairs of the Russian Federation on the website of the department. Further, the Russian Foreign Ministry called on the "parties involved" to exercise restraint.

But what restraint could be in a war?

Observed and commented on Oleg Chuvakin
- especially for topwar.ru
Ctrl Enter
Noticed oshЫbku Highlight text and press. Ctrl + Enter
We are
"Trouble" of the Promised Land. African immigration to IsraelSituational analysis of the death of the MH17 flight (Malaysian Boeing 777), made on the basis of engineering analysis from 15.08.2014
Military Reviewin Yandex News
Military Reviewin Google News
195 comments
Information
Dear reader, to leave comments on the publication, you must sign in.