Poles are happy: if a war with Russia begins, they will not have to pay loans

February 12 2018
80
What is the "whole world" afraid of? What Russia has. And what does she have? "Terrible" Soviet weapon. What is this? "Iskander"! This writes the Polish edition of "Wirtualna Polska" (WP), the authors of which point to the "most dangerous weapon" in the Russian arsenal. Fear of fear, but the Poles have a reason for joy: if the war begins with Russia, they will not have to pay loans. 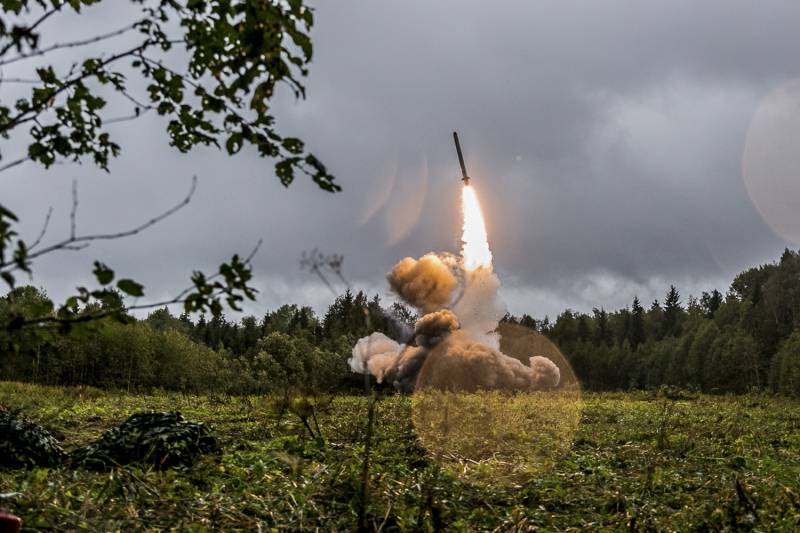 As pointed out by WP, today the Russian "Iskander" is afraid of "the whole world." By the way, these same Iskanders stand near the Polish border. The placement of Iskander in the Kaliningrad region is causing serious concern to the West. And this is despite the fact that Russia on the planet is considered a backward country. However, the Iskanders were designed in the times of the present Russia, and in the era of the USSR.

"This is the most dangerous weapon in the arsenal of the Russians, - quotes the Polish edition "InoTV". - It was designed in the times of the USSR. Despite later political and economic crises, Moscow managed to maintain its leading position in this technology. ”

Michal Likowski, a Polish weapons expert, confirms the opinion of a journalist: yes, the Russian Iskanders are dangerous: their missiles are difficult to intercept. “This is a very dangerous weapon,” he says. “A standard ballistic warhead flies along a ballistic curve, and only in the last phase is the flight trajectory adjusted to accurately hit the target ...”

At very high speeds, of the order of several thousand kilometers per hour, an attempt to intercept such a projectile becomes extremely difficult. Anti-aircraft defense systems calculate the flight trajectory and fire their projectile in a given direction. Deviation from the trajectory of at least a few degrees may well lead to the fact that the anti-missile does not have time to intercept the Iskander missile.

The new 9М728 / R-500 missiles also fly low over the ground. It is assumed that such missiles are able to fly two thousand kilometers. Detection of a projectile by a radar occurs later than classic projectiles that fly a higher trajectory.

Finally, the Russian Iskander is very accurate. They can fall into objects the size of several meters. True, this information is unofficial.

And it is important to remember that these missiles can carry thermonuclear warheads with a capacity of several kilotons.

Conclusion journalist: the Western world is afraid of "Iskanderov." And the proof of this is already the very acceleration of work on the modernization of existing and the construction of new missile defense systems. The fact that the West now has, provides only a minimal probability of interception of "Iskander."

Interestingly, we note that the fear of "the whole world" before "Iskanders" is perceived differently by readers of the Polish edition. Some of them believe that NATO, led by the United States themselves, surrounded Russia with their bases. If it were not for this fact, the Russians would not need to arm themselves. Even today, the Russian army is at home, but the US army is located on all continents and seas of the planet.

Other commentators point out that, despite the missiles, Russians fear NATO. Russia is big but weak. Most of its territory is “empty Siberia, which no one needs.” In the event of war, the Russians will lose. To defeat the Russians, you just need to hit Moscow and Putin’s bunkers.

Third Poles rejoice: if a war begins, they will not have to repay loans.

We note that the Polish government can also join these third countries: recently, the European press has actively discussed the idea of ​​“disconnecting” Poland from the EU: they say that by the year 2020 Warsaw will have to turn from an EU donor into a payer, and then it will be time to abandon friendship with Brussels. However, this friendship is already being tested today by the strength of political scandals: Brussels threatens the Poles with sanctions due to the undemocratic reform of the judicial system.