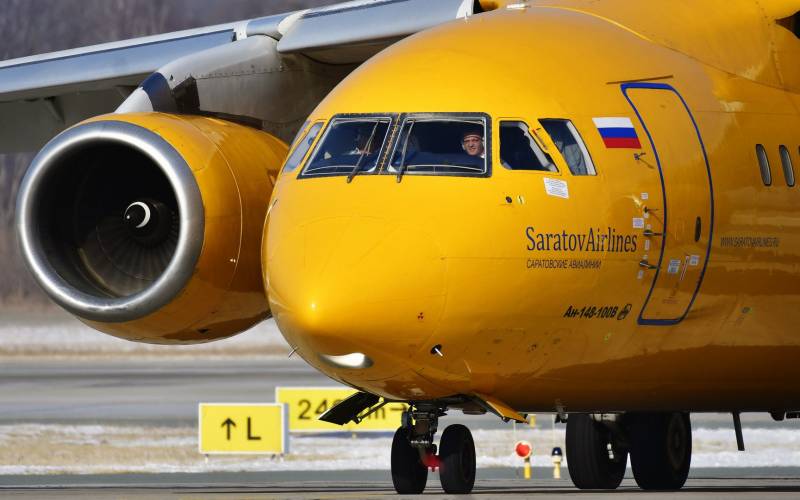 Saratov Airlines Airlines An-148 crashed after departure from Domodedovo Moscow Airport to the city of Orsk, Orenburg Region. On board was a 71 man. No one survived.

It is doubly regrettable, sincerely condolenced to all relatives who have lost loved ones in this tragedy.

Aircraft should not fall. Especially Russian.

Indeed, doubly unpleasant, because An-148 is ours, local. And one of the central TV channels has already allowed himself such a lunge, they say, what have they done in Voronezh? In the same place where the proton engines are assembled.

Well, Ukraine will now get to the full, I am sure.

Yes, the aircraft was assembled in Voronezh. But on VASO they collected IL-2, Tu-144, IL-86, IL-96 and a lot of things with wings and flying.

More precisely, the indicator, but somewhat different. An indicator of the state of industry in our country in general and in Voronezh in particular.

Yes, when the "Protons" began not to take off, everyone started to move. And the “effective manager” from “Rostelecom” Kamyshev with the gang of his girls was still replaced by a specialist Belousov (may God bless him with health and success). And then it became clear to Rogozin that working for such a salary is a shame.

Salary remained the same, though. Little added, so that was visible efforts.

And what about VASO, is it better?

Why did it happen?

The production of An-148, by the way, is officially “frozen”. Since January 1 2018. Before the advent of those who want to buy this plane. And it was made quite a short time before the events of the year 2014. 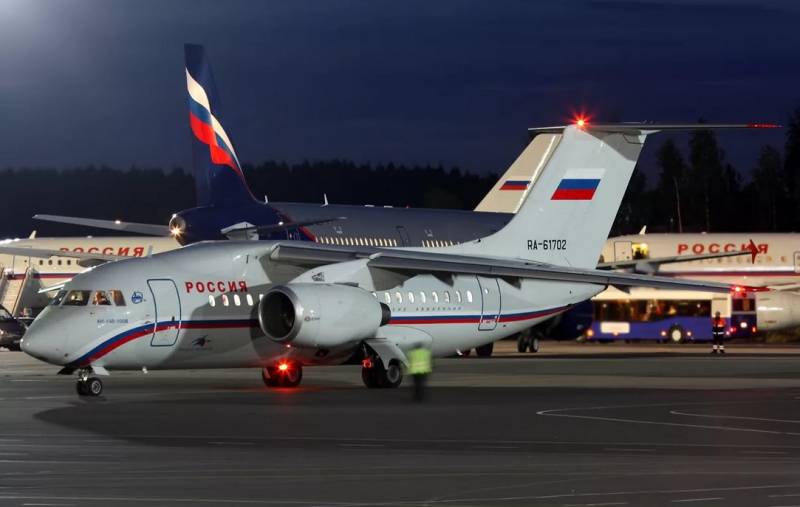 The plant really was already dying by then. UAC stubbornly did not want to take VASO and provide work. But emissaries from Ufa, Samara and some other cities regularly organized actions to entice the best specialists.

And experts moved. And they quit. Normally, if nobody needs a factory, a good shot will find a place for itself. As a young engineer told me two years ago, when he quit a huge bet in 16 thousand rubles, “I was tired of not seeing anything ahead.”

Now he sees. The officer (lieutenant) of the VKS, is driving drones in the neighboring area. 45 thousand and bright prospects.

An-148 - a strange plane. Unnecessary to anyone from the start. He was drafted from the baton at the Antonov Design Bureau, they were put together with the world (there, as in the Superjet, the hodgepodge was still there), somehow the engines were made on Motor Siche (and why should we try for the klyats?) . 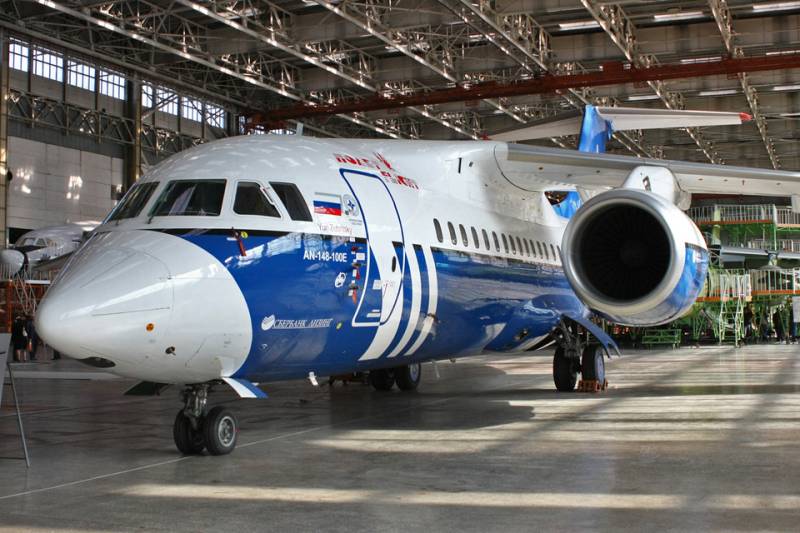 But surprisingly, An-148 was quite a decent plane. At the end of the article I will specifically leave a couple of links to reviews.

But he flew not in spite of, but thanks. Due to the fact that in Voronezh 8-10 years ago, there were still people at VASO who could "learn to fly planes". Today - I do not know. Tomorrow - I do not even dare to predict. 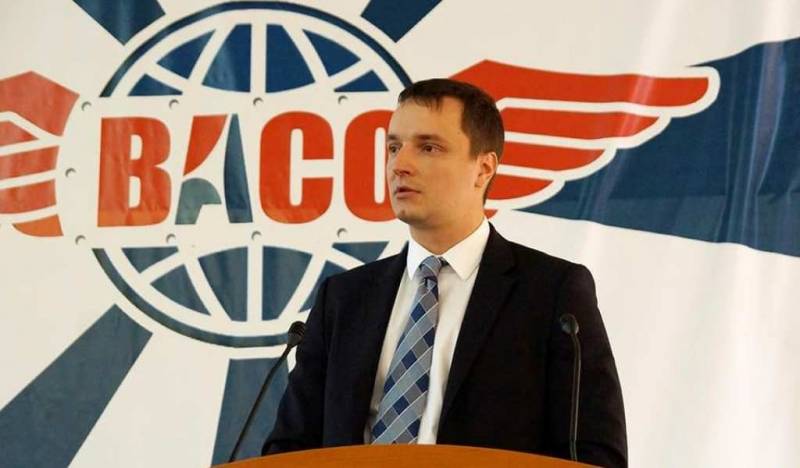 Today, this young man with an inspired look is engaged in the restoration of VASO. Alexey Dmitrievich Rogozin. General Director of PJSCAviation complex to them. S.V. Ilyushina ”and vice president of transport aviation, PJSC United Aircraft Corporation.

A good set of titles and posts for such a young man.

January 16 2018 in Voronezh was a meeting of Rogozin and heaps of local "io", "temporary" and other temporary, but nevertheless tangible officials. Oh, yes, Sergey Isaenko, executive director of the Voronezh Aircraft Building Company PJSC, was also invited.

Alexey Rogozin said that in 2018, the process of transition of enterprises, which belongs to the UAC group, including VASO PJSC, to the status of branches of the corporation, will begin.

With regard to capacity utilization, at the moment VASO is completing the formation of a multi-year production plan, starting with 2018, with the prospect of reaching economic efficiency by 2022.

During the meeting, options for cooperation between VASO and other enterprises within the same platform, for example, with the oil and gas cluster, were also considered. The company has unique equipment and qualified personnel, and there is the possibility of additional loading.

(According to the Directorate for Media Relations and Administrative Work of the Government of the Voronezh Region.)

Is the depth of the approach clear? Airplanes are great, but ... Why? Why build Russian aircraft? You can also buy leased used, but excellent imported!

And all the strength and unique equipment is better to throw on the development of the oil and gas complex!

Especially since the last 10 years of VASO is not something that has not experienced underloading in terms of orders, the plant breathed its last.

But we have already written so much on this topic last year that we simply do not want to repeat.

Armature is necessary and pumps for pumping oil and gas! That's where the hands come in handy! On the pumping out of the land of what will quickly bring money upstairs.

And airplanes are a whim.

It is very disappointing that seventy people died in our plane. And no less offensive will be the forthcoming search for a switchman on whom it will be possible to blame everything. Well, you remember, as in the case of the storekeeper at KBCH, it was.

There will be no sense from these searches. Just because nobody needs it.

And in order for the airspace of our country to be filled not with “Boeing” and “Airbus”, but with “Ilyushin” and “Tupolev”, you need only two things.

The first. Desire at the top for this to happen.

The second. Worthy wages to those who will do all this. Engineers, craftsmen, workers. But not the boys "effective."

For now - once again condolences. An-148, which claimed so many lives, was not a bad plane. And they collected his normal working hands.

He just was not needed twice. And at home, in Ukraine, and in Russia, which refused him.

However, this is the case with almost all civil aviation projects. No wonder.

Ctrl Enter
Noticed oshЫbku Highlight text and press. Ctrl + Enter
We are
Reports from the militia of New Russia for 27-28 September 2014 of the yearResults of the week. "Either true or all is well"
Military Reviewin Yandex News
Military Reviewin Google News
140 comments
Information
Dear reader, to leave comments on the publication, you must sign in.