Weekend reading. Require compensation from the Baltic states for Martha Samuilovna Skavronskaya on the throne?

February 11 2018
29
The “Weekend Fiction” rubric presents a little material about how the requirements for Russia from the Baltic “elites” about compensation for “occupation” can bring to Russia.


In February of the year one thousand seven hundred and twenty-fifth, the first Russian empress, Catherine I, ascended the Russian throne. Textbooks stories for general education schools about Yekaterina today you can learn that she (in 1725) is the widow of Emperor Peter the Great, that in her honor the city in the Urals, Yekaterinburg, was named in its time, and that significant influence during her stay on the throne in the country had Prince Alexander Danilovich Menshikov (the closest associate of Peter the Great).

Far from always in historiography, the name of Catherine, obtained at birth, as well as the birthplace of the future Russian autocrat pops up. There are reasons - disputes of historians about the real biography.

Catherine Alekseevna future empress has already become a "deeply conscious" age. Initially, she bore the name of Marta Samuilovna (Samuelevna) Skavronskaya — who was so named by her father Samuel (Samuel) Skavronsky (according to some sources, a Pole of the Jewish religion) and her mother Anna (Dorothea) Gan - a Baltic (Livonian) peasant.

There is no exact data about the birthplace of Martha Skavronskaya. Many historians agree that the future Catherine was born in the town of Ringen (at that time the Swedish part of Livonia) in April 1684. By three years already, Martha (Catherine) had become an orphan - her father and mother had died (probably from the plague raging in Livonia). For a short time the girl was brought up by her aunt. At the age of seven, Martha finds herself in a shelter at the church of St. John (the territory of modern Latvia).

At a very young age, she was married to the dragoon of the Swedish army, Johann Kruse (there is another version of the family name - Raabe), who shortly after her marriage went missing during one of the battles. Other historians claim that Raabe (Rawe) is the real maiden name of Martha (Catherine) from her father who worked at the Jewish community (the community of a local rabbi).
As a result, after the Baltic (Livonian and others) lands became the property of Russia, being partially conquered, partially bought out, Martha Skavronskaya, having gone through a number of vicissitudes of fate, ended up among Alexander Lenshikov’s laundrywomen (1703-th year). After a while, Peter was noticed by Menshikov in the house, and by 1705, she gave birth to an autocrat of two sons. The boys did not live long.

Historiographical essays left Peter’s statements about her lover, who eventually became empress, first as his wife, and then as an immediate autocrat (according to official status) after the death of Peter the Great. For a long time Peter called the “former” Martha “the light-Yekaterinburg” and explained the “great interest” shown to her earlier: “physical, in the taste of Rubens, and leopa (beautiful)”.

When the “rootless and non-Russian Martha” (epithets from the court entourage of Peter) became the empress, initially the same Menshikov took it as an inappropriate joke from Peter the Great. As if they were saying now: Catherine’s “anti-PRAIR” crawled, which was recalled that it was not only far from the Russian nobility, but also “Livonian washerwoman who marked the throne”. As a result, the "anti-PR" against Catherine the entourage of Peter the Great after his death and decided to use it for their own purposes. The same Menshikov, having a great influence on Catherine, in fact, elevated her to the throne, becoming the de facto ruler of the state under the docile formal empress. In 1727, Marta Skavronskaya, who became Yekaterina Alekseevna in Orthodoxy, passed away, remembered by her contemporaries as a lover of noisy feasts and a dislike of discussing state affairs. During the marriage to Peter and further finding of the status of the empress she transported her brothers and sisters from Livonia to Russia, assigning the count titles with the gift of land. 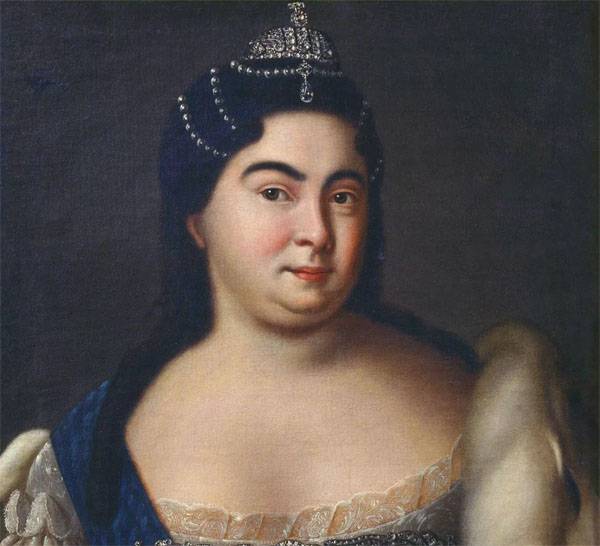 Given the constant claims by the current Baltic authorities to Moscow about the so-called. The "occupation" of their territory by Russia (Soviet Union), is it not worth making return claims with types of compensation? After all, the historical fact is that 2 more than a year, the Russian Empire de jure rules of the livonke. What compensation? Well, at least for the “impoverishment of the treasury by the state balls and other revels”. If the Balts, speaking about the requirements of compensation, are not joking, then we can quite seriously ...