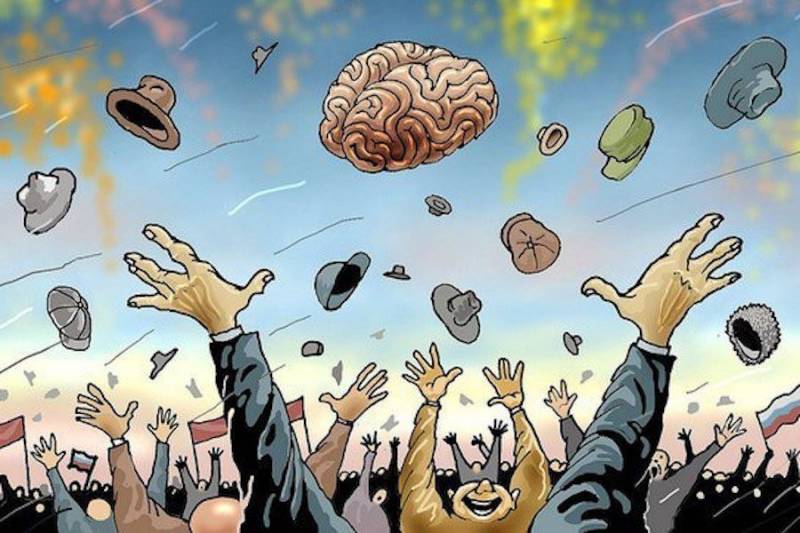 The publication Regnum published an article by its political observer, Yuri Baranchik, under the prodigiously inspiring headline: “The Middle East goes under the control of the united group of Russian air defenses.” Actually, then you can not read, because the main meaning of this material I just gave you.

A set of “arguments”, frankly far-fetched in justifying such a conclusion, looks like a certain picture from the life of a parallel Universe, where America has long been turned into a complete geopolitical nothing, and the Russian flag proudly flies over the whole world. Which, let me remind you just in case - in order to fight for political sobriety, in reality does not even fly over the South Korean city Pkhenchkhan.

On the basis of the fact that Turkey’s sale of a very limited batch of C-400 air defense systems has already taken place, about which a fierce bargain between the parties continues on the sale of technologies, and a similar deal with Saudi Arabia has not yet taken place, the author of Regnum boldly looks beyond He sees, no less, a fundamentally new geopolitical configuration of the whole world! Here you are:

“This shows the complex interaction of the leadership of Russia with the leadership of Turkey, Qatar, Saudi Arabia and other countries ... the achievement of such a military-political understanding suggests that, most likely, Russia and the oil countries of the Middle East have agreed on a joint strategy for the development of the oil and gas sector why these territories should be taken under reliable control by Russian air defense systems "
The Middle East goes under the control of the united group of air defense of Russia

In general - walk America, Russia taxis! To match this fundamental conclusion and the purely military-strategic "argumentation":

“... it must be remembered that the main component of the American strategy of seizing territories and countries is to achieve overwhelming air superiority. Without this, the United States does not think of any military campaign. With the C-400 complexes, this task of the US military command is not solved. Accordingly, the risk of US military engaging in a military campaign against countries possessing C-400 complexes tends to zero if these countries have a political component to resist
The Middle East goes under the control of the united group of air defense of Russia

In no case, without questioning the outstanding military merits of the C-400 complex, I just want to remind Mr. Y. Baranchik that the US has many other ways to turn any country into fiery geenna without even entering its air defense zone. A typical example is the same Syria, which, not without the help of America, with its deadly "struggle for democracy", turned from a flourishing country into a pile of smoking ruins long before the American Air Force planes appeared there. Yes, and from the once stable and completely prosperous Ukraine, there is little left, although it also has quite effective C-300 air defense systems, and America doesn't fly there either.
Frankly speaking, crazy, patriotic patriotism, in my opinion, is no less harmful than infantile alarmism in the style of “all-polymers”. Probably from those distant times, when I first learned how, on the eve of the German attack on the USSR in 1941, Soviet propaganda spread irresponsible tales among the people that we would overcome any enemy with “little blood, a powerful blow” and in two weeks we will celebrate victory in Berlin . Such hats and actions, tantamount to the moral unpreparedness of many of our people for a difficult and protracted struggle with a strong adversary, turned into terrible defeats in the forty-first year, which nearly led to the collapse of the country.

And here again - “your song is good, start over”! As far as I know, the Regnum columnist Yury Baranchik is from Belarus. And surely he should remember about the sale by the authorities of this country at the beginning of the 90s. complex ZRK C-300 US government. Based on its current Middle Eastern logic, it can be argued that the American-Belarusian geopolitical alliance was created in this way, and Belarus "came under the control of the combined US air defense group."

In fact, nothing of this, of course, was not. As there is not and can not be all of what, as about the almost accomplished fact, writes “Regnum”.

Acquisition of advanced Russian military equipment by some Middle Eastern countries may have much more prosaic and not so optimistic reasons for the Russian Federation. And the same persistent litigation around the possibility of gaining access to Russian production technologies is the surest confirmation of this. And indeed, why does Turkey, or Saudi Arabia, which, according to Baranchik’s version, become for the Russian Federation almost new “fraternal countries”, need access to such technologies? We would have trusted just our new “elder brother”, with whom they already seemed to have reached a complete geopolitical consensus against America - and this is all to be done. And brains do not need to soar over the completely alien to the Middle East mentality of Russian technical genius.

But no, they strive to grab from her "hopes and pillars" - Russia, its technological secrets! And here is the time again to recall the sale in the US by fellow countrymen Y. Baranchik ZRK C-300. The purpose of the deal for Americans was to only familiarize themselves with the advanced for that time. weapons potential adversary. And they fully achieved this goal.

There is exactly no reason to believe that the situation in this Middle East case is qualitatively different. The same Saudis, if Russia becomes so scandalized that it will give them its technologies, there are a million reasons to make a pleasant surprise to its American partners, with whom they have long been dancing together the vigorous Bedouin lezginka. 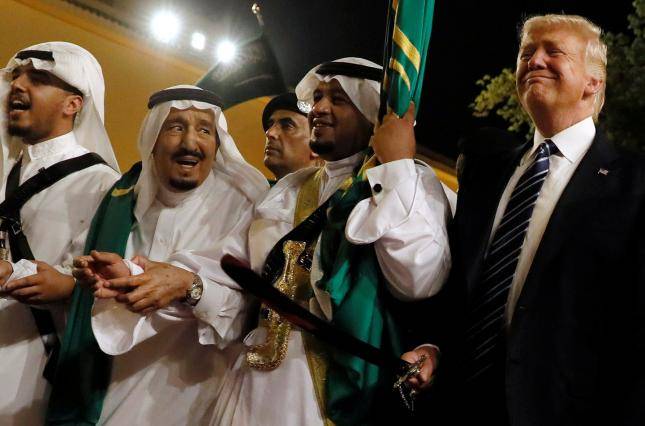 Yes, of course, and it would be foolish to argue with that, Russia in recent years has achieved some success in the Middle East, especially noticeable against the background of a complete zero of previous 25 years. However, to draw conclusions about the almost geopolitical reformatting of this key region of the planet with its transition to the control of the “united air defense of the Russian Federation” on this basis is about the same thing as on the basis of the record snowfall in Moscow to declare the planet’s entry into the new ice age.

Meanwhile, the situation in the same Middle East, if you do not look at it through the rose-colored glasses of unshakable aura-patriotism, is very far from the blissful picture that the Regnum observer painted. And, perhaps, its most important, at the moment, characteristic is that the allegedly defeated and precipitated by the US geopolitical sediment, along with its faithful squire Israel (although go know who has the faithful squire there) the same Syria as unceremoniously as before. And the most important thing is that with deadly blows they deliver deadly strikes on Russia's direct military-political allies — Syria and Iran. And they became so impudent that Russian planes were shot down by the hands of their hirelings. True, in the latter case, otvetka, in the form of an F-16 stuck in the ground, was not long in coming. But all the same, it’s somehow a bit like the final geopolitical Victoria, which, according to Mr. Baranchik’s theory, Russia already has in his pocket.

And this is not to mention the fact that the “One Belt, One Road” project mentioned by the Regnum author, on which he naturally imposes a supposedly existing “Russian air defense strategy in the Middle East”, is not a project of Russia, but quite the opposite - instrument of global economic and geopolitical expansion of the People’s Republic of China. And it turns out that the “unified Russian air defense system” will be designed to protect the interests of great China in the Middle East?

Isn't it an “inspiring perspective” for Russia? Especially considering the fact that the allegedly humiliated American hegemon, against which all the Middle Eastern powers under the auspices of Moscow already almost agreed, did not even think to leave the region somewhere and is quite capable of arranging the greatest troubles to anyone who encroaches on their local interests. And no matter how it turned out, Russia will end up in the role of dragging chestnuts out of the fire for the same China. To the loud applause of the news agency “Regnum” and its columnist who is hallucinating on the basis of hurray-patriotism.

Ctrl Enter
Noticed oshЫbku Highlight text and press. Ctrl + Enter
We are
Situational analysis of the death of the MH17 flight (Malaysian Boeing 777), made on the basis of engineering analysis from 15.08.2014Results of the week. “In our cooperative, the board is always agreed”
Military Reviewin Yandex News
Military Reviewin Google News
44 comments
Ad