South Korean Prime Minister to meet with delegation from DPRK

February 11 2018
48
Korean Prime Minister Lee Nak Yon will meet for dinner with representatives of the North Korean delegation that arrived in the country at the opening of the Olympic Games in Phenchkhane, reports RIA News. 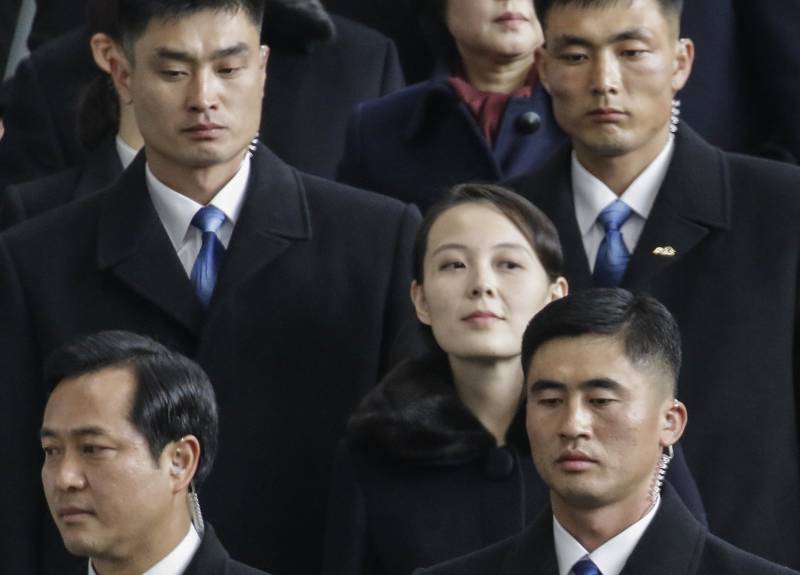 Special Envoy of the DPRK (younger sister of Kim Jong-un) Kim Yo Jeong.

Lunch will be held at the Walker Hill Hotel in the east of Seoul.

"The meeting between Lee Nak Yong and high-ranking representatives of the North Korean delegation, including the chairman of the Presidium of the DPRK Supreme Assembly, Kim Yong Nam, and the sister of North Korean leader Kim Jong Yong Kim Yo Jeong, appointed special envoy for the visit, will be held the next day after the President of South Korea accepted them. Korea’s Moon Jae Ying, ”says the news agency Renhap.

It is reported that during the meeting on Saturday, “the parties expressed a general desire to preserve the atmosphere of peace and reconciliation on the Korean Peninsula, which began with the Olympics in Phenchhane, and intensify cooperation and dialogue between the North and the South.”

The North Korean special envoy conveyed to the President of the Republic of Kazakhstan a letter from Kim Jong-un inviting him to visit Pyongyang in the near future.

Later in Seoul it was reported that Moon Jae Ying could visit the DPRK if conditions are created for this.

Let's achieve this by creating the necessary conditions in the future.
quotes the president of the press service of his administration.

Ctrl Enter
Noticed oshЫbku Highlight text and press. Ctrl + Enter
We are
From the Korean issue to the multipolar world
Military Reviewin Yandex News
Military Reviewin Google News
48 comments
Information
Dear reader, to leave comments on the publication, you must sign in.