Poroshenko complains to the NATO Secretary General on Hungary

February 10 2018
56
President of Ukraine Petro Poroshenko at a meeting with NATO Secretary General Jens Stoltenberg will raise the issue of blocking Hungary of the meetings of the Ukraine-NATO commission. About this "Ukrainian news»Said the Ambassador of Ukraine to NATO, Vadim Pristayko. 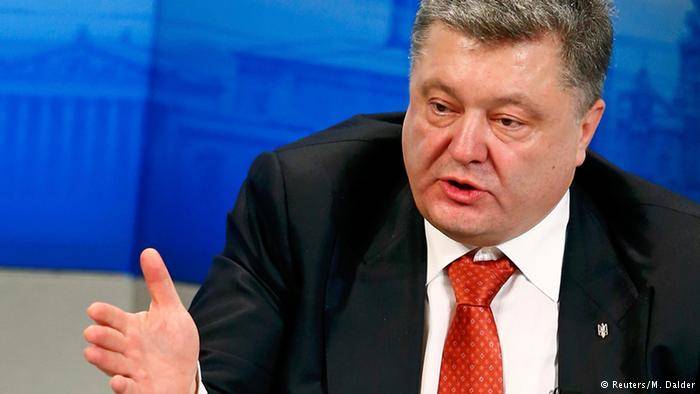 This is not the first time Hungary has blocked the holding of a meeting of the Ukraine-NATO ministerial commission. And Hungary took it into service and declared officially that it will block all activities that are held at a level higher than the level of ambassadors, that is, my level. This time the victim was a meeting at the level of ministers of defense, which, in our opinion, is absolutely unacceptable, given that the last time the ministers met in this format with our minister in 2016
- he said.

According to him, several members of NATO were unhappy with the actions of Budapest.

I know that the 11 ambassadors of NATO member countries sent a letter to their Hungarian counterpart, stating that NATO is not a "stage for playing such a drama." For this, there is the Venice Commission - and we used this mechanism - which provided its recommendations, which Ukraine undertook to implement. We believed that the Hungarian side understands that it is the only authoritative body whose opinion is listened to.
- Pristayko said.

Earlier, Hungary used the right of veto and blocked the planned meeting of the Ukraine-NATO commission.

Recall that the conflict between Hungary and Ukraine arose because of the discontent of Budapest with the Ukrainian law on education, which entered into force on September 28 of the year 2017. Hungary accused Nezalezhnaya in the infringement of the rights of national minorities and stated that it would impose a veto on any initiatives of the Kiev authorities in NATO.