Erdogan: A Turkish military helicopter shot down during a special operation in Afrin

February 10 2018
85
The Turkish Air Force helicopter crashed on Saturday in the south-east of the country on the border with Syria. As the President of Turkey Tayyip Erdogan said during a speech in Istanbul, the combat vehicle took part in the operation “Olive Branch” in the Syrian region of Afrin and was hit by Kurds. 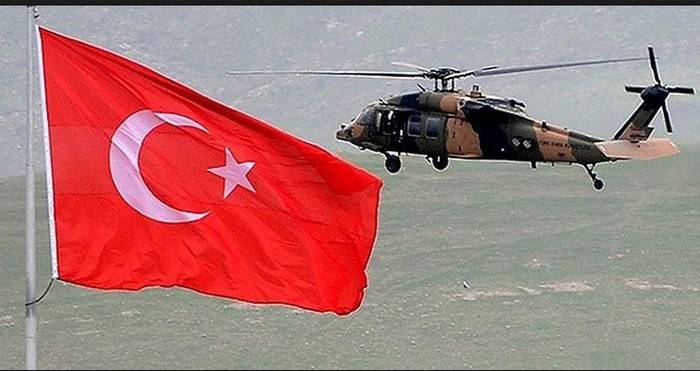 Earlier today, our military helicopter was shot down in the province of Hatay during Operation Olive Branch. They will pay the full price.
- Hurriyet newspaper leads the words of the president. Erdogan said nothing about the fate of the crew. The newspaper also does not provide other details.

20 January Turkey launched Operation Olive Branch against Kurdish units in northern Syria. Gradually, promises to complete the forceful action “as soon as possible” were replaced by statements that Ankara does not intend to limit itself to the time frame. In total, nine Turkish soldiers have already died in the Afrin area. Recep Tayyip Erdogan claims that during the operation, 800 terrorists were killed.

Ctrl Enter
Noticed oshЫbku Highlight text and press. Ctrl + Enter
We are
Ankara went to unexpected measures in an attempt to beat Moscow and Damascus. Commando and "al-Nusra" in Tayip's cunning plan“Idlib Gadyushnik” and Afrin as a cruel lesson for Moscow and Damascus. Defense secrets of YPG and Erdogan’s vile plan
Military Reviewin Yandex News
Military Reviewin Google News
85 comments
Information
Dear reader, to leave comments on the publication, you must sign in.