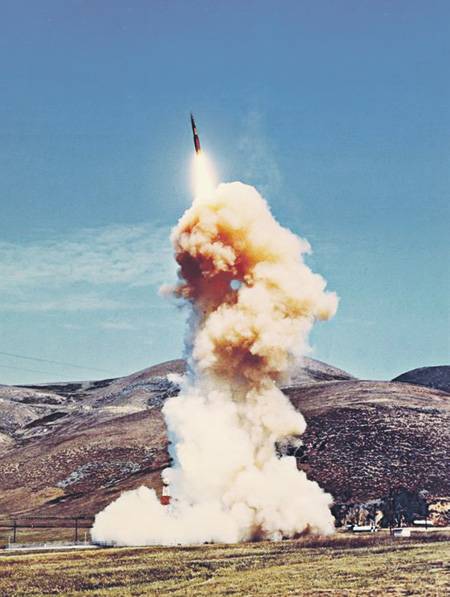 One of the key moments of the new nuclear doctrine of the United States, which in fact is the Pentagon-prepared and officially promulgated 2 of February this year. The document entitled “Nuclear Policy Review” (Nuclear Posture Review or NPR, often in domestic sources the name of this document does not quite correctly translate as “Nuclear Power Review”), was the decision of Washington to apply an individual or adaptive approach to the implementation of strategic deterrence against countries identified as real or potential threats to America’s national security.


“The time, place and circumstances of the challenges that may arise before us are different in each situation. Therefore, in the process of defense planning, when it is impossible to obtain reliable information about the conditions of action and the necessary needs in the future, flexibility and adaptability are very important, ”Professor Colin S said in an epigraph to the chapter 5“ Adaptive strategies and flexibility ”of America’s new nuclear doctrine Gray - a renowned British-American expert on strategic issues, an honorary professor of international relations and strategic studies at the British University of Reading and head of the Leica Geosystems when it Center for Strategic Studies.

However, the boundaries of an individual approach are set so broadly in the new doctrine and suggest so different scenarios of actions by the military-political leadership of the United States that they make you think about whether all this will trigger the new arms race with a climax in the form of a limited or large-scale nuclear war.

“There is no single, acceptable for any conditions, approach to ensuring deterrence,” emphasizes the Nuclear Policy Review, signed by US Secretary of Defense James Mattis. At the same time, the requirements for effective containment, the document notes, are quite different, since they must take into account the ideas, goals, interests, strategies, strengths and vulnerabilities of various potential opponents of America. A containment strategy that is effective against one potential adversary may not work against another. Therefore, the conclusion is made in the new American nuclear doctrine, “The United States will apply an adaptive approach in order to effectively carry out deterrence” against the widest range of “adversaries, threats and situations”. 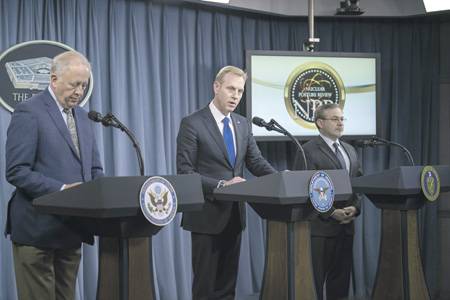 To do this, the Pentagon intends, taking into account what price and risks are considered by each specific potential adversary as unacceptable when committing aggression against America. Simply put, for a single aggressor several tens or maybe hundreds of cruise missiles in conventional equipment will be sufficient, and only a massive nuclear missile strike with a significant number of intercontinental ballistic missiles will be a deterrent or retribution for the other.

At the same time, American military strategists intend to constantly analyze the incoming information in order to adapt existing strategies to various potential adversaries in accordance with the changing conditions of the situation, as well as to understand how best to bring to the aggressor the price will pay in case of the implementation of their hostile plans. “Appropriate adjustment of our deterrence strategies is what we call adaptive containment,” the document says.

However, to ensure the adjustment of deterrence strategies to American generals should be “flexibilities”, where by the word “flexibility” the American “planners” understand “the availability of an appropriate range and combination of nuclear and other potentials necessary to adapt deterrence strategies today and in the future, as well as to deal with using nuclear weapons other tasks as part of implementing the US national security strategy. ”

It is emphasized that the American leadership has paid tribute to the availability of flexibilities in nuclear deterrence over the past 60 years, but today their importance is increasing due to the increasing diversity of nuclear and non-nuclear strategic threats, as well as increasing the dynamism and uncertainty of the security situation. However, as indicated in the document, the increasing importance of having flexibilities occurs against the background that the military-political leadership of the United States itself has consistently pursued a tough policy in the style of "no new nuclear weapons." At the same time, the potential adversaries of America are not standing still and are constantly “trying to identify and study the weaknesses in the capabilities and strategies of the United States.” This is where the Pentagon’s confidence that the requirements for the forces and means of nuclear deterrence of the United States cannot be settled and must constantly adapt to the changing conditions of the situation, and the military themselves must always be ready to introduce new forces and means in the event that the previous ones cannot solve the problem.

By and large, the adaptive approach declared in the new American nuclear doctrine is, if not really expensive, then the first step towards formally approving the possibility of the United States conducting a limited nuclear war (that is, actually unleashing it, since in this case the US military will inevitably have to launch a nuclear strike first). 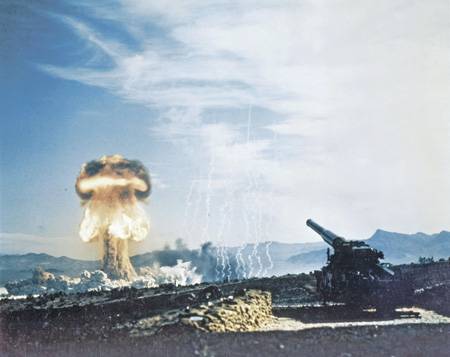 In this regard, the reaction of the Russian foreign ministry followed immediately, and the comment of the Information and Press Department of the Russian Foreign Ministry in connection with the publication of the new US nuclear doctrine clearly highlighted the potential threat posed by it.

“Washington’s actually“ dimensionless ”approach to the issue of the use of nuclear weapons is a matter of concern: it declares the possibility of its use in case of“ extraordinary circumstances ”, which the authors of the doctrine do not restrict to military scenarios. Yes, and military scenarios are submitted so vaguely that it will allow American “planners” to consider almost any use of military force as a pretext for launching a nuclear attack on those whom they consider to be an “aggressor”, the commentary underlines. “Against such installations, plans are being announced for deep modernization of US nuclear facilities. Particularly dangerous in this context are the low-power ammunition projects for a sea-based cruise missile in nuclear equipment and a lightweight warhead for the Trident II submarine ballistic missile mentioned in the new American nuclear doctrine. Nuclear weapons with similar characteristics are clearly reflected as “battlefield weapons”. The temptation to use them, especially in combination with the right to a preventive nuclear strike doctrinally reserved for themselves, is sharply increasing. The assurances that the implementation of the aforementioned intentions “will not lower the threshold for the use of nuclear weapons” constitute at least a desire to mislead the world community. Even more dangerous is the faith of the US military and other national security specialists who show through the pages of the nuclear doctrine in their ability to reliably model the development of conflicts in which they allow the use of "low-powered" nuclear warheads. For us, the opposite is obvious: significantly lower “threshold conditions” can lead to a nuclear-missile war, even in low-intensity conflicts. ”

AND AGAIN ON THE SAME RAKE

However, there is nothing strange in all of this, since it is the “planners” of the West who own the idea of ​​a limited nuclear war, of which Russia is now accused. For the first time this idea was openly put forward by our opponents in the Cold War in the middle of the 1950. Recall that in 1956, a small - only 46 pages - and an inexpensive - just 50 cents - brochure On Limiting Atomic War, published by the British Royal Institute of International Relations and prepared by Richard Gould-Adams on the basis of materials of discussions on various problems of defense policy in the century of atomic weapons, held with the participation of the retired rear admiral, Sir Anthony Bazzard, the youngest director of the British Naval Intelligence and one of the founders of The eye of the Institute of Strategic Studies, which is well-known today, as well as the famous physicist and Nobel laureate, Professor Patrick Maynard Stuart Blackett, and Member of Parliament Denis Healy, who later held the post of Minister of Defense of Great Britain.

In this “manual,” the idea of ​​“differentiated deterrence” was put forward, almost identical to the current concept of “adaptive deterrence” and in fact was the basis of the concept of limited nuclear war. The essence of the idea was to be able to use nuclear weapons of “great destructive force” only in a global war, while for smaller wars, that is, local or regional conflicts, the right to use nuclear weapons of “small destructive force” was reserved. It was also indicated there that the primary task is “to show not how to repel aggression if it starts, but how to scare off the aggressor before he comes out.”

It should be especially noted that this brochure was not the only one of this kind, since the 1950-1960-s became the “golden age” of the idea of ​​limited nuclear war, which was firmly entrenched in the minds of politicians and military leading Western countries. Suffice it to recall, for example, Robert Osgood's book “Limited War: Challenge to American Strategy” (Limited War: The Challenge to American Strategy), published in 1957, or the “analytical” work of the famous American expert in the field of nuclear weapons and strategic planning, German Kahn, which was released in the 1965 year, On On Eskalation. In the latter, the author cited the so-called “escalation ladder” he developed, which theoretically substantiated the admissibility and expediency of a nuclear war, the degree of intensity of which depended on the specific military-political situation, the objectives (tasks) and a number of other circumstances facing the state. Kan, who is also called a futurologist, not only singled out the 17 stages in the development of military-political conflicts, but also made up the “ladder” from 44 “escalation stages” called by his name, divided into seven groups, depending on the phases of development, that is escalation, armed conflict. At the top of this "architectural structure" was, as you might guess, an unlimited nuclear war. "Staircase" Kana found in those years a lot of supporters, a lot of them today. Confirmation of this is the growing louder voices abroad of the possibility, and even the practical expediency, of conducting a nuclear war of various scales.

“Once, in ancient times, King Mithridates of Bosporus, fearing being poisoned, took daily homeopathic doses of poison, gradually accustoming his body to it. The method turned out to be effective, and when Mithridates became necessary to commit suicide, he could not get poisoned and, according to legend, he either slaughtered himself or ordered a slave to be slaughtered, says Professor of the Academy of Military Sciences, corresponding member of the Academy of Geopolitical Problems Sergey Brezkun in the article "The unthinkable must remain unthinkable" ("NVO" from 19.02.16). - It seems that the elite of the West, the elite of the United States and NATO decided that the thesis of "new nuclear aggressiveness of Russia" will help little by little to accustom the population to the thought of the unthinkable, will allow to look at nuclear war as another thriller. There will be a war - there will be no war, but psychological treatment for the future will not hurt, although such inclinations are quite sinister. ”

Indeed, after acquaintance with the new American doctrinal documents - the “National Security Strategy”, the “National Defense Strategy” and the “Nuclear Policy Review” - it seems that during their preparation the American “planners” did not bother themselves too much, but simply took the old ones variants of various doctrinal documents and “manuals” of the Cold War times and designed them in a new way, somewhat changing the names and terms, but leaving their essence unchanged or, as they say, their spirit ...

Ctrl Enter
Noticed oshЫbku Highlight text and press. Ctrl + Enter
We are
America will have to pay a trillion dollars for a new nuclear fistMilitary reform as an integral part of the security concept of the Russian Federation: Systematic dynamic assessment
Military Reviewin Yandex News
Military Reviewin Google News
3 comments
Information
Dear reader, to leave comments on the publication, you must sign in.