The fleet was again in stepdaughters

February 10 2018
86
On the last day of January, traditionally, the Ministry of Defense of Russia, under the leadership of the Minister of Defense of the Russian Federation, Army General Sergei Shoigu, held a single day for the acceptance of military products coming into service with the troops and military and social infrastructure of the Russian Armed Forces. Within the framework of this event, it was announced that during 2017, a total of more than 3,5 thousand “promising weapons and military equipment,” including more than 110 aircraft and helicopters, arrived in various types and branches of the Russian Armed Forces , 2 warships, 3 operational-tactical missile systems (OTRK) Iskander-M, 9 anti-aircraft missile systems and complexes of various classes, 116 cruise missiles of operational and tactical purpose Caliber, as well as more than 400 units of various armored weapons and samples space technology. Engineering and automotive equipment, communications, aviation weapons and ammunition. 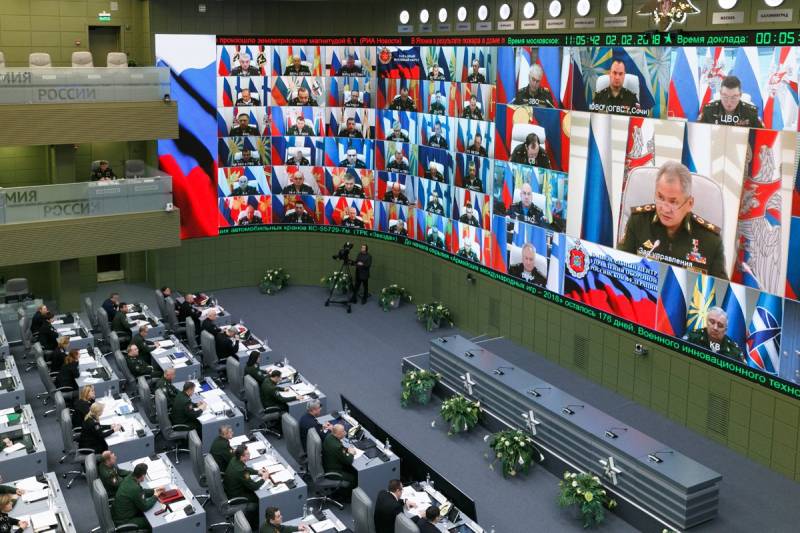 In addition, as Colonel Oleg Stepanov, Head of the Office of Military Representations of the Ministry of Defense of the Russian Federation, reported in his report, it was only in the fourth quarter that new and repaired samples of weapons and military equipment were received and delivered to the troops, including:

- in the interests of the Navy fleet (Navy): the patrol ship of project 11356 Admiral Makarov (the ship became part of the 30th division of the Black Sea Fleet of the Russian Navy, for more details about it, see Alexander Mozgovoy’s article “Capitation and Testament of Admiral Makarov” in the issue of NVO dated 19.01.18/16/8. 326), two coastal missile systems "Ball" and "Bastion", XNUMX ships and support vessels, XNUMX radars for various purposes and XNUMX anti-submarine missiles;

In general, as was emphasized in a speech by Russian Defense Minister General of the Army Sergei Shoigu, the state defense order of 2017 for the supply of new types of weapons, military and special equipment was executed at 98,5%, and for repair - at 96,7%. At the same time, delivery plans for helicopters, coastal missile systems, space assets, anti-aircraft missile systems and complexes, missile systems of the Ground Forces, armored vehicles and equipment, radar stations, strategic facilities, as well as plans for repair (modernization) by means of ensure the Russian Navy, ship armament and other equipment.

It would seem that all is well in the domestic military department, which many countries in the world can only envy about such large-scale deliveries of weapons, military and special equipment. With regard to the Strategic Missile Forces, the VKS and the Ground Forces, this seems to be the case. However, the situation that has arisen in the sphere of updating the ship composition of the Russian Navy cannot but be alarming. Moreover, I must say bluntly - it is simply depressing. Although to some extent, it was hidden behind the aura of ruptures of powerful warheads of sea-based cruise missiles "Caliber", which became not only a mortal threat to terrorists in Syria, but also a serious argument of Moscow in the foreign policy arena. But after all, “Gauges” and their carriers are not the whole fleet at all and not all that it needs to effectively solve the tasks assigned to it. Yes, and with the carriers of the same “Calibrov” there are also problems: they are unacceptably few, so it’s premature to talk about some kind of “calibration” of the Russian fleet.

Moreover, one of the two ships in the fleet, the corvette “Perfect”, cannot be considered fully operational for several reasons (see “Whether the new Tsushima is waiting for us”, “NVO” from 22.12.17). But even more depressing and disturbing is the fact that the large long-landing 11711 “Ivan Gren” landing ship, which has been under construction for almost 15 years, the 22350 frigate Admiral of the Soviet fleet Gorshkov ”, which 1 marked February 12 year from the date of his bookmark, etc. And both of these ships are the leading in their series, and therefore the delay in their commissioning has the most negative effect on works on all other types of to the ships.

The former commander-in-chief of the Russian Navy, admiral of the fleet, Vladimir Kuroyedov, cited the following figures: the financing of the Russian Navy from the middle of 1990 to the beginning of 2000, that is, more than 10, was about 12 – 14% of the total budget of the Russian Ministry of Defense. And even with such scanty financing, the fleet in the period of 2001 – 2006 did not receive more than 60 billion rubles. planned funds. Taking into account the fact that from two geographic areas the security of our state depends almost entirely on the effective actions of the fleet, such an attitude towards the latter can only be called a mockery or, if you like, genocide. And who today is guilty of disrupting the state defense order in the Navy?

Yes, the navy is not a cheap pleasure. But if the country needs it (and it certainly needs it), then you shouldn’t feel sorry for its development. With today's very poor condition with the naval personnel of the general-purpose naval forces (we are more or less well only with the naval forces of nuclear deterrence), handing over to the fleet two main-class warships for the calendar year is simply unacceptable.

However, there is a positive point in this all. Finally, the figures for the warships handed over to the Navy, given in the report of the military department, coincided with those reported by the authors of the “NVO” in their publications. Earlier in this plan there were permanent either flaws, or postscripts. Well, at least in this order. Now it only remains to increase the pace of the introduction of new warships and auxiliary vessels into the combat strength of the Russian Navy, and in reality, and not on paper. Ultimately, not only the preservation of the status of a sea power for Russia, but also the security of all its citizens depends on this.

Ctrl Enter
Noticed oshЫbku Highlight text and press. Ctrl + Enter
We are
List of destroyed the largest and most high-tech enterprisesMilitary reform as an integral part of the security concept of the Russian Federation: Systematic dynamic assessment
Military Reviewin Yandex News
Military Reviewin Google News
86 comments
Information
Dear reader, to leave comments on the publication, you must sign in.