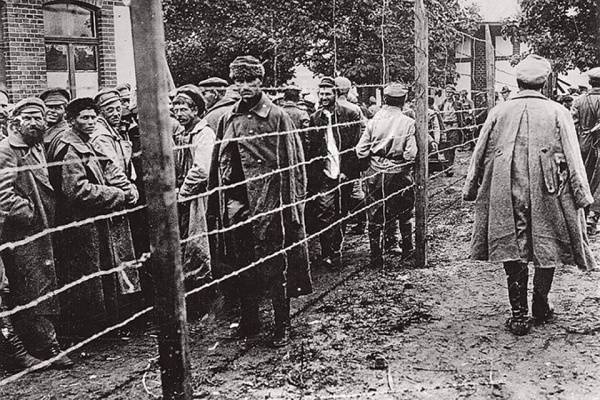 The President of Poland signed the law, which we got the name “about Bandera ideology,” but in Western countries they paid more attention to another aspect and called it “the law on the Holocaust.” The essence of the signed document boils down to the fact that during the Second World War, Bandera destroyed 6 million Polish citizens, and, according to Poland’s calculations, only half of the victims of Jewish origin in this figure are half.

According to the law, fines and prison terms of up to three years are implied for public statements about the involvement of Poles in the mass extermination of Jews during the Second World War. A number of questions were raised by the provision prohibiting the naming of death camps on the territory of Poland "Polish death camps". Israel canceled official meetings in Poland, Prime Minister Benjamin Netanyahu accused the Poles of distorting stories and denial of the holocaust.

In turn, in Poland, such an exacerbation of the discussion of nationalist themes provoked a wave of anti-Semitism, the media wrote about the appearance of T-shirts with the words “We are not ashamed of Edvabne” - a town in Poland, where after the Second World War there was a massacre of Jews. The pogroms were attributed to the reluctance of ethnic Poles to return their homes and property to Jews who survived in death camps.

Historian, public figure and publicist Boris Yulin recalls that later the Poles demanded that Jews leave Europe and go to live in Israel, created for them. According to him, the desire of the Poles to clear themselves of war crimes is fully consistent with the anti-Soviet hysteria in Eastern Europe. He told about this in an interview on the eve of .RU:

- The background that made Poland adopt the "anti-Bandera law" is extremely understandable. During the Second World War, Bandera "defended" the land, which was considered Ukrainian, from the Poles by exterminating the latter. What is important - they were killed cruelly, with whole families, simply for their national identity. That is, Bandera-a pronounced Nazis. For example, they did it in the Lviv region. There are still such moods in Poland that Lviv is a Polish city. With the Bandera component of this law, everything is clear. Bandera has always been the enemies of the Poles. Of course, this will aggravate relations with Ukraine, but they are constantly becoming more acute without it. And this is inevitable, because Bandera cannot get along with the Poles. During the "Maidan" in Poland, this was forgotten.

As for the part of the law on the Holocaust - about the name of the death camps - here the Poles proceed from the seemingly quite logical statement that the camps were German - just in Poland. Therefore, the name "Polish death camps", just such a phrase, is criminal. In fact, the Poles here are trying to relieve themselves of any share of the blame for the various forms of genocide, to put it beyond discussion.

In my opinion, there is a significant connection with the fact that in Poland even before that there were death camps where Soviet prisoners of war were destroyed in the 20s after the Soviet-Polish war. After the adoption of the law, this topic in Poland will not be discussed at all. In this case, the Poles are simply trying to absolve themselves of all the blame. But in reality, the Poles participated in the section of Czechoslovakia, along with Hitler in 1938, and pursued a pronounced nationalist policy. In Poland, Belarusians and Ukrainians were “second class” people. In the western territories of Ukraine and Belarus, the Poles made settlements osadnik, in fact, armed militias, which were to keep the "local bydlo" in submission. So the Poles are trying to wither all this out of their history, leaving only the fact that they are “white and fluffy” and “most affected”, while “all sorts of bloody rascals” are sitting around.

Much of the Polish citizens who suffered from Bandera were the same Polish Jews, destroyed by the Nazis, as in the same Warsaw ghetto. Many forget to mention the victims, who appeared to the Poles in the struggle with each other. The Craiova army fought against the pro-Soviet Polish underground, and then against the Soviet army, when our army liberated Poland from the Nazis. Here are the same victims during the Warsaw Uprising, when the Craiova army set up an unsuccessful uprising to liberate the ghetto before the Soviet troops arrived.

Similar laws on the historical past are being adopted in many countries. For example, in France there is a law that does not concern France at all, there the criminal term threatens for non-recognition of the Armenian Genocide by the Turks. Where is Turkey, where is Armenia - and where is France? From the point of view of logic, it’s impossible to understand why the French have passed the law. We have such laws. For example, we have a completely meaningless ban on any demonstration of Nazi symbols in publications, so one of our citizens recently got an administrative fine who posted a photo of the Victory Parade — the moment when Soviet soldiers threw Nazi banners to the Mausoleum. A criminal case was initiated against a woman who posted a photograph of the Kukryniks of World War II, because there is almost always a swastika on the works of Kukryniks: Hitler or his accomplices are depicted in caricature. And the caricatures of the Great Patriotic War became the reason to initiate a case. 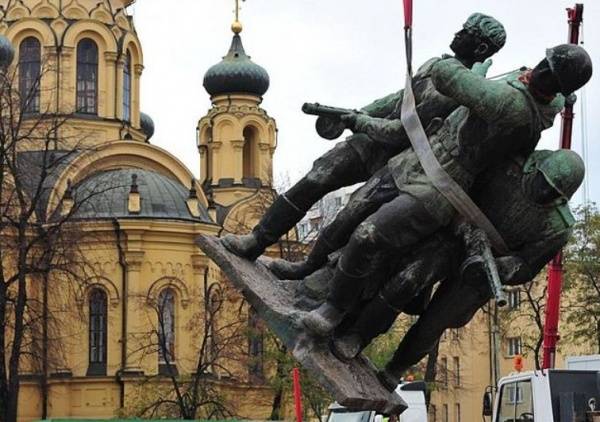 But the law in Poland also distorts history by introducing a zone of silence. The Poles are trying by all means to disown genocide, repression and everything connected with it.

As for T-shirts, it means that in Poland itself they remembered the expulsion of the Jews. They then liked Hitler’s plan to expel Jews from Europe in general, moreover, the nationalist Zionist organization, which collaborated with Hitler on the idea of ​​creating a Jewish state, also liked the plan. The fact of Zionist cooperation with Hitler took place, which today the Jews do not like to discuss.

In 1948, Israel arose, and the Poles decided - why not throw all the Jews there, leaving their homes and their possessions? If someone started to drive out all the Poles from somewhere, the Poles would be outraged, but when it comes to others, this is normal. Nationalism is vile enough everywhere. But why now talk about this law? Now Poland’s claims to Russia as the successor of the Soviet Union are constantly being made, and therefore, in the framework of anti-Soviet hysteria, such laws become necessary. The Poles, in the opinion of the authorities of this country, should be cleared of their crimes and for the destruction of Soviet prisoners of war in Polish camps. It is the Polish death camps, not the German ones, where our prisoners of war were destroyed in the 1920s — it will simply be impossible to talk about them in Poland, it will be a criminal offense.