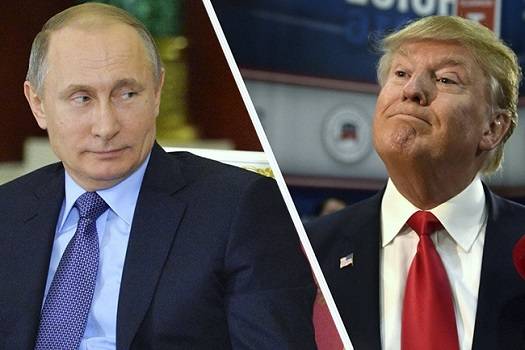 Everything described here is pure fiction, although it is presented in the context of real events. Any resemblance to real people is pure coincidence.

- Hello comrades. At ease, sit down. - Putin sat down at the table, and all those present sat down at him.
“As you all know, the sanctioning“ Putin’s friends list ”has just been published. With deep satisfaction I want to note that the entire composition of our government has entered it. Appreciation of your work by Washington indicates the greater work done by cabinet members and the correctness of their chosen direction.

(The Prime Minister breathed a sigh of relief and relaxed.)
- Congratulations to all, I express my sincere thanks, keep it up, do not slow down and go for the best.
All involuntarily looked at the legendary Antonov, whose breasts were decorated with insignia "For inclusion in the EU sanctions list" and "For inclusion in the Canada sanctions list."

- I was particularly pleased with the list of so-called. "Oligarchs". I was pleased to see familiar names in it: Yours, Elena Sergeevna (Mrs. Batova embarrassedly blushed), Yours, Roman Alekseevich (Mr. Andreyev mentally made the sign of the cross, "Holy, holy, holy, thank God, passed by!"), Your, Semen Arkadyevich (Mr. Vetrov straightened his fingers crossed under the table).

Putin continued:
“Having received this list, Sergey Viktorovich and I first decided to respond to this obviously unfriendly step ...”
At these words, Shoigu, who was dozing at the end of the table, happily started up, quickly took out a mobile phone from his pocket, his finger hovered over the red button.
“... but then they decided it was premature.”
Shoigu sadly hid the phone in his pocket.
- Do not worry, Sergey Kuzhugetovich, your hour will come again, and very soon.
(Hearing this, the businessman Burenin, in whose heart the globalist and patriot fought until the last moment, immediately mentally chose the Motherland and, hiding his hands under the table, sent an SMS to his wife with an indication to sell all American real estate urgently.)

- Entrepreneurs are free.
Religiously, the oligarchs got up and hurriedly went to leave the office.
- And you, Mr. Krutikov, I will ask to stay.

**********************************
- Anatoly Romanovich, - Putin stared at Krutikov with an emphasis, - and you are not on the list. Do not explain why?
- Vladimir Vladimirovich ... I do not know ... - Krutikov pressed his hands to his chest, - this is some kind of mistake ... I'm on the secret list! - He was found - by God!
“Alexander Vasilyevich,” Putin said to the head of the FSB.
Bortnikov took a pistol from a holster, drove a cartridge into the chamber and looked inquiringly at the president.
- Contact the technical department, let our guys rummage in the closed State Department database, find this secret list and check if there are Krutikov in the secret list or not, and report back tomorrow.
“Yes,” Bortnikov sighed sadly and hid the gun back in its holster.
“You are free,” Putin said to Krutikov, and said, “Until tomorrow, they are free.”

**************************************
Arriving home Krutikov fell into a chair and clutched his head in his hands. The wife who entered the room looked at him questioningly,
- Today, the Americans published the sanctions list. I'm not in it.
- Ungrateful bastards! - the spouse has blown up, - and it after all that you have made for them!
“What to do, what to do,” repeated Krutikov, rushing about the room — I am finished.
- Urgently write to Trump! Require you to be urgently listed. And do not postpone! You have a whole day left.

Krutikov rushed to the computer and began to fill the text:
Donnie! Buddy! Today the sanctions list is published. I'm not in it. Can not explain what kind of garbage? Maybe I am on the secret list?
Your friend Tolyan

The answer came immediately:
Friend Tolik! I personally ordered to delete you from all lists as a true friend of America. So you can not worry, you do not have anywhere.
Your friend donny
“He stabbed you without a knife, you bastard,” Krutikov thought with despair, “Benefactor of the goddamned man.” Zadornov correctly said that they were stupid. ”

*************************************
Director of the FSB in a steady voice reported:
- During the operation "Oligarch" all western residency was opened, both acting agents and objects marked by Western special services for future recruitment. All oligarchs that were not on the sanctions list were taken under surveillance. Three tried to leave the country on forged documents. All three have been detained, are already giving confessions, expressing sincere repentance and are ready to turn their knowledge and capital for the good of the Motherland.
“Good,” Putin nodded, “go on.”

“As we learned, over the past four days, the 51 businessman from the sanction list received such a letter,” Bortnikov put a piece of paper on the table.

“Rus businessman, give up! You are surrounded by sanctions. Your position is hopeless. The commissars lie to you: the Russian economy is torn to shreds, yesterday in the Vologda region the last hedgehog was caught and eaten. Stop the senseless resistance! Switch to the US side and they will treat you well: you will have the right to conduct your business in an American country and according to American laws, and as soon as Putin’s regime falls - in Russia!
This leaflet is a passport and is valid for any number of Russian businessmen. ”

- Well, and how did businessmen react to these “passes”?
- 28 personally came to the authorities, reported receiving a “pass” and declared their loyalty to the state, 14 threw it into the trash can, 8 was flushed down the toilet. When visiting Redkin, the businessman locked himself in the outhouse, ate the “pass”, and told the staff that he had not received any leaflets and he heard about it for the first time.
The general straightened up:
- The overall results of the operation are regarded as satisfactory.

“Well, well, I agree,” Putin said, “well done, General, did a good job.”
“Then Vladimir Vladimirovich,” Bastrykin put a piece of paper on the president’s table, “the director of the foreign intelligence service is applying for awarding the agent“ Red ”.
“True,” Putin took the pen and signed the presentation with a flourish, “indeed, if not for his sanctions list ...”