US Cyber ​​Command, Threats and Laws

April 20 2012
5
Unfortunately, the details of the work of a command of the American armed forces are almost always secret. However, due to the peculiarities of US law, once a year all these military organizations are required to report to Congress. Accordingly, their reports after this become public. On this occasion, in early April, the head of the United States Strategic Command, R. Koehler, and the commander in chief of the newly created Cyber ​​Command, C. Alexander, were invited to the Congress. It is noteworthy that this year the facts of actual work appeared in the command report. So, last year's first in stories The cyber command report to Congress was almost entirely devoted to the creation and optimization of a new structure. Almost no word was said about specific actions or operations. Instead, K. Alexander, who has been in charge of this command since day one, has been more focused on the prospects of the department. Now the formation of the Cyber ​​Command has been fully completed and it has begun active operations in the area entrusted to it. However, not everything is easy and simple. More than enough problems and a lot of time will be spent on their elimination. 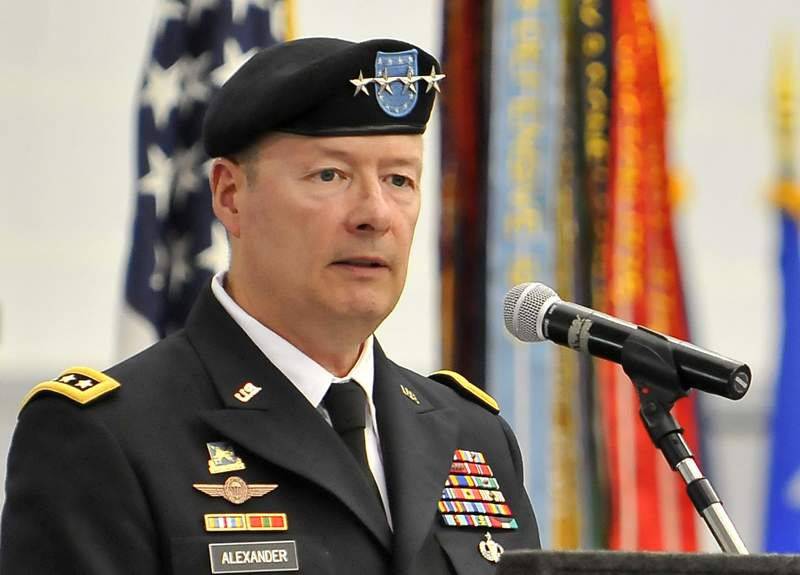 The first fact, which General Alexander noted in his speech, was connected with the statement of the situation. According to him, with each subsequent year, the situation in cyberspace is becoming increasingly difficult. First there was the notorious site WikiLeaks, then a decentralized network of hackers called Anonimous appeared, and last year active attacks began on the resources of American government organizations. All this is a confirmation that Cyber ​​Command was created in a timely manner, and his work will constantly become an ever-higher priority. At the same time, the successes of cybernetic villains can be considered as evidence of as yet not quite sufficient capabilities of the Command. If the American fighters of the cybernetic front have already learned how to withstand the attacks that have already begun, then with the discovery of the preparation of attacks or other similar “prevention” things are much worse.

Another problem with the US Cyber ​​Command lies in some backwardness of the law. The fact is that the current state of American law does not meet a number of requirements that have arisen in connection with the wide distribution of high technologies. From here also come the hindrances with the powers of the Cyber ​​Command, when it suddenly turns out that he simply has no rights to perform certain actions. At present, with the direct participation of representatives of the Cyber ​​Command, the creation of a number of draft laws is being completed, which in the future will allow this military organization to become a full-fledged participant in the American military machine.

Regarding legislative issues, there is every reason to believe that some sly politicians are going to impose on US Cyber ​​Command far from military duties. In the past few years, including after the creation of the Cyber ​​Command, such bills regularly appeared that, being directly connected with its activities, were more like tools for the protection of someone’s commercial interests. So, well-known projects SOPA (Stop Online Piracy Act - Act on Preventing Online Piracy) and PIPA (Protect Intellectual Privacy Act - Act on the Protection of Intellectual Property) even before the hearings on them turned out to be the cause of such a scandal that their consideration was postponed indefinitely time limit The essence of both bills was simple: they allow, if there is an appropriate decision, to pretrially close the Internet resources seen in the distribution of illegal content. It is noteworthy that several large American and European TV companies came out in support of such laws. But organizations whose activities are directly related to cyberspace, such as Google Inc. and the Wikimedia Foundation, strongly opposed the new laws. It would seem that right holders are struggling for extra profit, and here Cyber ​​Command? Obviously, copyright protection in the form of blocking sites and searching for their owners will be assigned to the appropriate management of the Pentagon. If in the end events will develop along this path, then the defense of the interests of citizens by the army will take a very cynical form.

Nevertheless, the creation of new legislation to regulate cyberspace is not only an urgent problem of Cyber ​​Command. Information technologies have become firmly established in life and will only further develop and capture all the big “bridgeheads”. Therefore, in order to avoid various troubles, you should already attend to the legislative regulation of this sphere. However, for some unknown reason, probably the matter is in banal money, legislative efforts are mostly aimed at combating Internet piracy. But for some reason, all these writers of laws for some reason look at the extremist resources with calls for open violation of all international norms and other “joys”.

According to K. Alexander, all these legislative problems not only hinder the normal development of his Command, but can also cause serious problems in the future, when some villains will have a particularly serious "operation", and Cyber ​​Command simply will not have the authority to not only repel attack, but also to punish those responsible.

Alexander also believes that the modern strategy of information containment, which at the moment is the basis of the work of Cyber ​​Command, cannot be considered promising. Current views on the role of “cybernetic troops” are such that if a potential enemy has a similar structure, the work of Cyber ​​Command cannot achieve the desired result. Information deterrence implies taking timely steps, the purpose of which is to gradually persuade the masses of the likely adversary. However, such actions in some cases may simply not be enough time. Either the enemy will take exactly the same measures, and in addition he will also respond with more proactive actions to curb enemy propaganda. From this, General Alexander concludes that several doctrines of information warfare, both offensive and defensive, must be developed for the Cyber ​​Command. Otherwise, the whole organization may be useless.

Despite all the existing problems, the US Cyber ​​Command may soon become the most powerful similar structure in the world. In the end, legislative issues can be solved, strategies to create and issue the appropriate powers. Given the complex political situation throughout the world, the development of their “cyber war” by the United States should not be overlooked. And you should not only keep in mind this department, but also create your own organizations with the same purpose. It’s not for nothing that General K. Alexander spoke about an offensive information strategy.

Ctrl Enter
Noticed oshЫbku Highlight text and press. Ctrl + Enter
We are
The state and prospects of development of the naval forces of Ukraine (2013)US plans to double cybersecurity costs
Military Reviewin Yandex News
Military Reviewin Google News
5 comments
Information
Dear reader, to leave comments on the publication, you must sign in.