Victoria in the August woods. Part of 3

February 16 2018
47
The failure of the First August Operation was the first defeat of the German troops on the Russian front on an army scale - it befell the 8 Army, the recent winner in the East Prussian operation.


The success was all the more important in that it happened in East Prussia, where the failures of August lowered the spirit of the Russian troops. As a contemporary noted, in battles at Mariampol-Avgustov many regiments fought, who had recently fought with the Germans in East Prussia. In both cases there was the same adversary - but what was the difference both in the situation of the battle and in the sensations of its participants! As noted by Y. Danilov, the 10 Army’s attack was supposed to have a healing effect on the psyche of units of the 1 Army, which had recently undergone a heavy retreat. 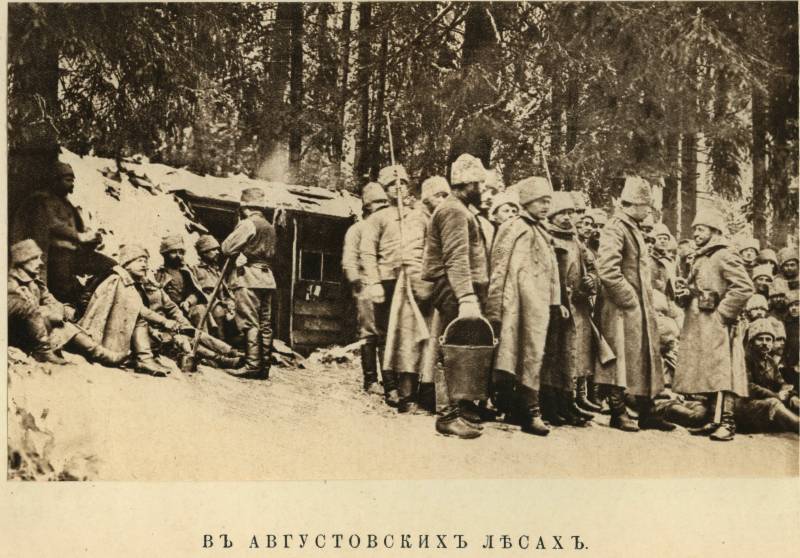 The September victory had a special meaning. When the 20 of September 10-I army took Suwalki, the enemy was again thrown back to the border - wrote A. Spiridovich - and this was our big victory.

B. N. Sergeevsky noted that the western group of the 10 Army captured the Avgustov area, having created a serious threat to the enemy’s communications - which led to bloody and very stubborn battles in the Augustów forests and in Augustów-Suwalki-Rachki district. These battles, largely bayonet, gave the Russian army success and awareness of their strength, and the Germans - “huge losses and panic in front of the Russian bayonet.” As a result, the enemy retired to the border, abandoned activity on the entire front north of the Vistula - the latter circumstance later led to the loss of part of East Prussia by the Germans.

M. N. Arkhipov wrote that the situation in the north-western direction was altered by the offensive of the 10 Army - the so-called. The "August operation" freed the August forests from the Germans, and the enemy began a further withdrawal. 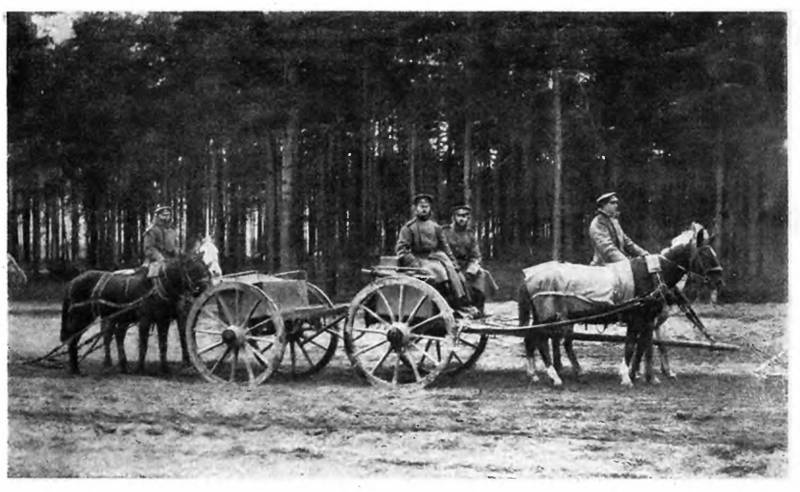 The operation is important not only because, being a tactical and operational Russian victory, it largely smoothed the failure of the East Prussian operation. The operation with limited goals unexpectedly acquired a strategic coloring. Influenced by the success of the Russian troops (once again, the East Prussian theater of war played a fatal role for the German strategy) the Germans transferred another corps to the 8 army - the 25 reserve. The separation of the headquarters of the 10 Army established in time a transfer of a fresh corps to the enemy - it arrived, since the “situation became serious” as a result of the new Russian invasion of Germany. 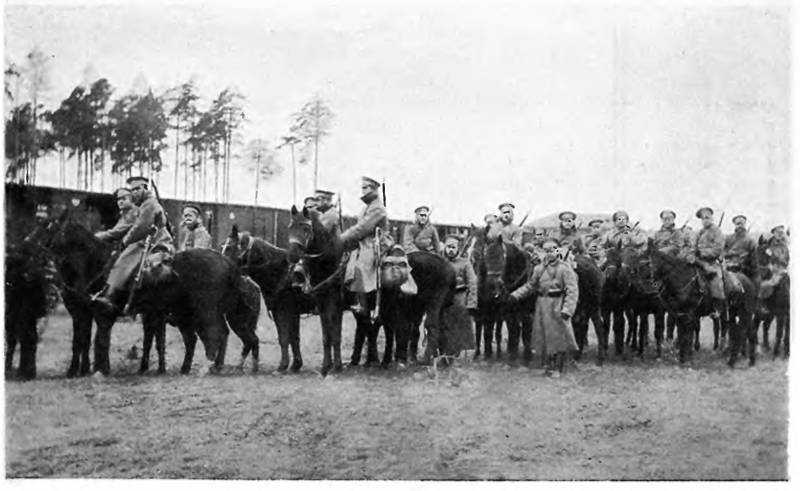 Yu. N. Danilov, citing these rates, wrote that the 25-th reserve corps was intended to be sent to the French front. The German military historian O. Schwink, listing the corps sent to Isere and Ypres, with annoyance states that the 25 reserve was very necessary in East Prussia.

And M. Hoffman specifically noted the fact that the corps showed itself well in battle.

The operation is unique in that, despite its local character, it influenced the strategic situation on both main fronts of world war: 1) the Germans did not manage to transfer additional troops to Poland, where the Warsaw-Ivangorod operation, which was successful for the Russian army; 2) a strategic reserve was pulled from Germany (2 divisions - 49 and 50) 25 reserve corps, which did not fall on the French front, which was of paramount importance during the fighting on Ysera. During this period, in the battle of Ypres, the forces of the opponents balanced themselves, and the whole corps could tip the balance in the direction of the German weapons - but he departed on the Russian front. 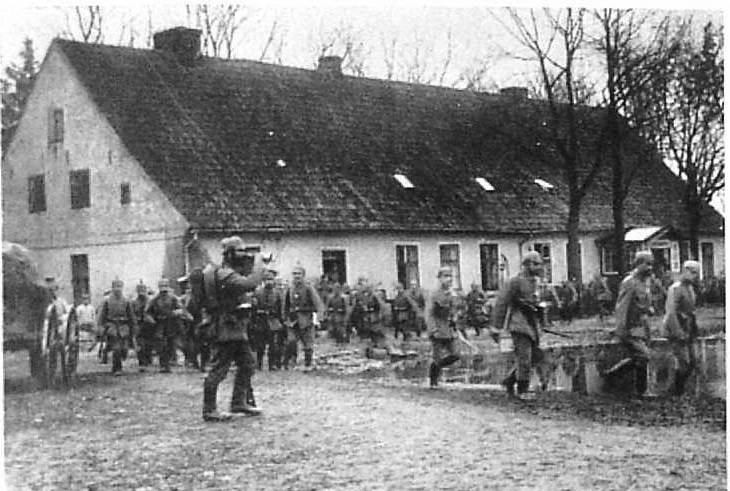 A. P. Budberg called the First August Operation an operation that finally broke the stubborn and long resistance of the German 8 Army, forcing the latter to retreat to the Letzen and retreat beyond. Angerapp, and bringing German reserves to the Russian front — which made it easier for the Allies, who at that time were exhausted in the fierce battles of Ypres.

Evaluating the actions of the leadership of the opposing sides, it should be noted first of all that the commander of the 10-th army, VE Flug. The commander competently controlled the troops in the forest area, applied a bypass maneuver - which brought victory.

V.E. Flug, who fell into disgrace, belonged to the category of Russian generals who understood the significance of the moral factor in a modern war. In particular, he wrote that by some officials, our active enterprises are recognized as “dangerous”, “risky”, despite the fact that the Germans daily (including for psychological purposes) allowed themselves to be much more audacious enterprises. As a result, a pernicious awareness of the superiority of the enemy creeped in — and this is a guarantee of future defeats. And so that such a mental state was not transferred to the troops arriving at the East Prussian theater of operations, it was necessary to give their actions (of course, within the framework of a strategic task to be resolved) as active as possible - including using the “sassy” Germans in order to gain they initially (at least) and small successes.

He understood the enormous psychological significance, albeit strategically and modest, but the victories of the Russian weapon — and victories precisely at the borders of East Prussia. Incidentally, the enemy shared this approach by transferring another building to the East Prussian theater of operations.

And, as the commander of the army rightly believed, he managed to change the moral situation - including in relation to the commanding staff. VE Flug noted that the 22 Army Corps, which was “upset by the August failures” in the second half of September, was already brilliantly attacking and famously attacking the enemy, leading heavy battles with unrelenting energy. He recalled - as a commander of the 3 Siberian Corps, 18 of September, receiving an inappropriate (as he thought) order to suspend the offensive, declared the order fraudulent and continued the offensive at his own risk, and the head of the 1 th cavalry division in the battle of the village. Kuryanki selflessly rescued his infantry. The commander noted how his commander 2-Caucasian, after taking Suvalki, did not consider his task fulfilled - and, finding a position to strengthen the enemy’s position, attacked him, temporarily subjugating the corps of the neighboring army that had approached the battlefield. VE Flug noted the merits of the commandant Osovets - who, not yielding to the effect of the formidable artillery of the enemy, who covered the fortress of 50000 shells for a short time, valiantly led an unequal battle with the Germans on the front lines - and the enemy was beaten off. And the commander of the Turkestan Corps, on his own initiative, attacked and, skillfully maneuvering, took the fortified city of Lyk, sending half of his unit to help its neighbor. The army headquarters, as VE Flug noted, despite recent information about the fall of the strongholds of the French front (Liege, Namur and Maubezh), did not succumb to a powerful demonstration of the enemy near Osovets - the Beaver line that threatened to break through and the left flank of the operational merger collapsed without hesitation and aggressively concentrating the forces of the army to the right flank. The positive personal qualities of the commanders of the 10 army, as VE Flug believed, revived the offensive impetus and success given to the army. Under these conditions, as the commander-in-chief rightly pointed out, if the maneuverability and technical equipment of the Russian troops were at the same level as the Germans, the size of the enemy’s defeat and the strategic result of the Russian September offensive would be much more significant.

At the same time, the German commanders, R. Schubert, then G. von François, the “hero” Gumbinnen who replaced him, acted unsatisfactorily.

In October - November 1914, the Russian troops pursued the Germans, leading local battles, and, capturing Stallupen and Goldap, reached the Masurian lakes and by the end of the year again captured most of East Prussia. The calculations of E. von Ludendorff that: “Only a small force had to remain to secure East Prussia in case the Russians with fresh forces would again invade this unfortunate country” did not materialize.

The first August operation is a vivid example of how, in a coalition war, operational and tactical success can be transformed into a strategic one. The crucial importance of this operation in this context was that a strategic reserve of the enemy was drawn to the secondary theater of operations. And this happened in an exceptionally important from a strategic point of view, the period of the Allied battles of Russia against the Entente in Flanders.

The operation affected the stabilization of the Western (French) front. And this had extremely negative consequences for the German strategy, which once again (now in the series of operations “Running to the sea”) failed to achieve a decisive result.