Last Minister of the Imperial Navy 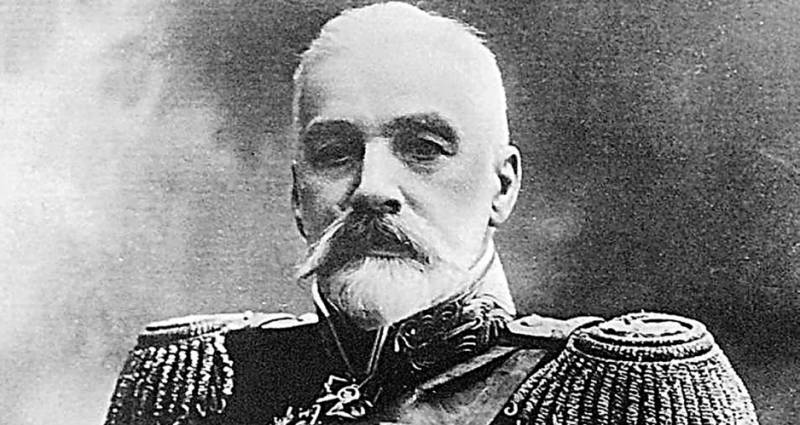 The fate of Ivan Grigorovich - the naval commander, statesman and minister of the sea in the last government of the Russian Empire - was uneven. After his death, he was unfairly forgotten, almost did not remember all the Soviet years.

Ivan Konstantinovich became naval minister in 57 years. By that time, he was firmly “salted” - after swimming through the pricing account of 10 for the years needed to get the rank, he added the subsequent service on ships to them. Grigorovich also had diplomatic training, having spent almost two years as a marine agent in England. In Russian-Japanese commanded a squadron battleship "Tsesarevich", then became head of the Port Arthur port during the defense of the fortress. After the war - two years at the head of the port in Libau, second in importance on the Baltic after Kronstadt, proved to be a good business manager. So there was no widespread experience.

March 19, 1911, who had become vice-admiral Grigorovich by that time, was appointed naval minister and promoted to full admiral. And already in April, he presented in the highest name two documents of the highest importance for their subsequent significance: “The Law on the Imperial Russian navy”And“ The Baltic Fleet Shipbuilding Strengthening Program for 1911–1915 ”.

It should be noted that for the first time in stories of our country, the law regulated the development of the Navy for the long term. Thus, it was asserted that the fleet was building not only the maritime minister (today GC Navy), but the entire country under the direction, responsibility and control of the first person of the state. Subsequently, such laws were not adopted.

Under Grigorovich, the “brain” of the military fleet was improved — all the governing bodies were ordered. But the main thing is that the minister directed maximum efforts to the development of domestic shipbuilding. The fact that they were not in vain is evidenced by the best Gangut-type battleships, the Novik destroyers, the Bars submarines and the world's first submarine minelayer Crab. Fully complete the construction of all the series did not allow First imperialistic, which confirms the truth: the fleet is built in peacetime for further use.

The course on the development of shipbuilding justified itself one hundred percent: the combat units built the day before and during that war formed the main force of the fleets in the Great Patriotic War. The quality of the battleship "Gangut" ("October Revolution"), in which I had the opportunity to practice in the 1955 year, I can testify personally. According to veterans, only one of his main caliber 305 caliber millimeters weighing more than 400 kilograms broke the psychic attack of the Germans near Leningrad.

By order of the War Minister of the Provisional Government, Alexander Guchkov of March 31, 1917, Grigorovich was dismissed and dismissed. Since June, 1919 has become an archival worker. By that time, he wrote Memories of the Former Maritime Minister, which captured the events until February of the year 1917, without touching on political issues.

From the end of 1923, Ivan Konstantinovich sought to travel abroad for treatment and a year later went to the Cote d'Azur in the town of Menton, where he lived modestly, refusing the help of the governments of England and France. He died in 1930 year. Only in 2005 the urn with his ashes was delivered to St. Petersburg and buried in the family crypt at the Nikolsky cemetery of the Alexander Nevsky Monastery.

Today, as a tribute to the memory of the outstanding personality of Ivan Grigorovich, the lead frigate of the distant sea zone of the 11356 project is named in his honor. In fact, this is the last naval minister in Russian history, except for a two-year (1951 – 1953) tenure in a similar post by Nikolai Kuznetsov. And whether the navy will revive in full force without its ministry is a question.