Media: in the north of Iraq, a previously unknown terrorist group began to operate

February 2 2018
41
Iraqi pro-government forces are pursuing an unknown terrorist group called “Rajat al-Beida” (“White Flags”) in the area of ​​the city of Tuz-Khurmatu in the north of Salah al-Din province, the Al Mayadeen television channel said on Friday. 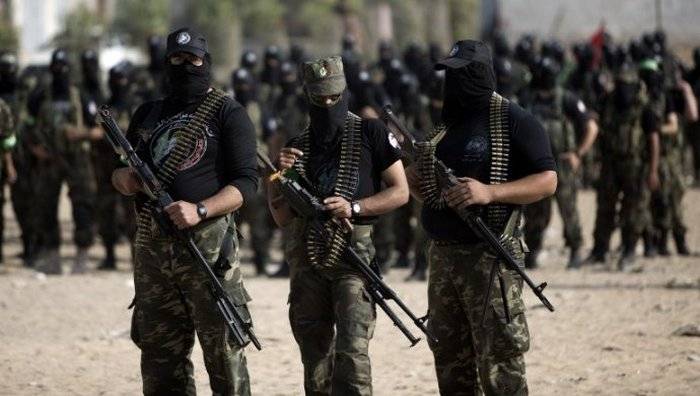 According to his information, the militants repeatedly attacked in this area the checkpoints of the Shiite forces of Al-Hashd al-Shaabi, who are fighting on the side of the Iraqi army. This forced the authorities in Baghdad to send reinforcements to the north of the country.

It is assumed that the terrorists could have entered Iraq from Syria. According to the channel, they are all well prepared and have experience in fighting. The number of "Rayat el Beida" is estimated at 500 people, most of them Kurds, but there are also former Arab mercenaries who fought in the ranks of the Islamic State terrorist group (IG, banned in the Russian Federation). The white flag of the organization depicts the head of a lion.

As the commander of the Iraqi rapid reaction brigade, General Tamer al-Husseini, said, there are no members of the Kurdish armed militia Peshmerga in the ranks of Rajat al-Beida. According to the general, the enemy is well armed and uses heavy guns and mortars during the attacks. As Al-Husseini noted, a real threat emanates from this terrorist group for oil facilities in Kirkuk, reports TASS

Ctrl Enter
Noticed oshЫbku Highlight text and press. Ctrl + Enter
We are
Reports from the militia of New Russia for 17 September 2014 of the year
41 comment
Information
Dear reader, to leave comments on the publication, you must to register.