In Transbaikalia, a test of artillery formations was conducted.

February 2 2018
6
The divisions of the artillery unit of the Eastern District, passed the test of readiness during the exercise at the training ground in the Trans-Baikal Territory, reports Interfax message press service BBO. 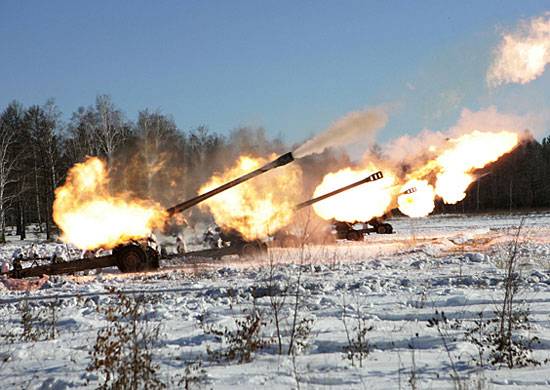 The gunners made a march on a standard vehicle to the area of ​​concentration, where they fulfilled the standards for deploying firing positions, their engineering equipment and camouflage, detecting targets and solving problems of their fire destruction,
says release.

It is reported that during the maneuvers, "the military personnel of the compound conducted reconnaissance of targets using modern stations and artillery reconnaissance complexes, artillery officers worked out a theoretical solution to the individual tasks of firing the" enemy "from firing positions of varying degrees of complexity using various types of ammunition, including the number of precision

Ctrl Enter
Noticed oshЫbku Highlight text and press. Ctrl + Enter
We are
The command and staff exercises “Vostok-2014” are completedMisadventures and problems of Indian artillery
6 comments
Information
Dear reader, to leave comments on the publication, you must to register.