"On the other side of the Chechen war." In memory of Colonel-General Gennady Troshev

February 2 2018
14
Club of fans of Russian literature "Pushkarna settlement" at the Belgorod State Technological University. Shukhov spent on January 31 in the University’s scientific and technical library the presentation of the book by Gennady Alekhin “Beyond the Chechen War” about the legendary Russian military leader of this war Gennady Nikolayevich Troshev. Welcoming remarks to the author of the book were made by the head of Pushkarnaya Sloboda writer Stanislav Minakov. 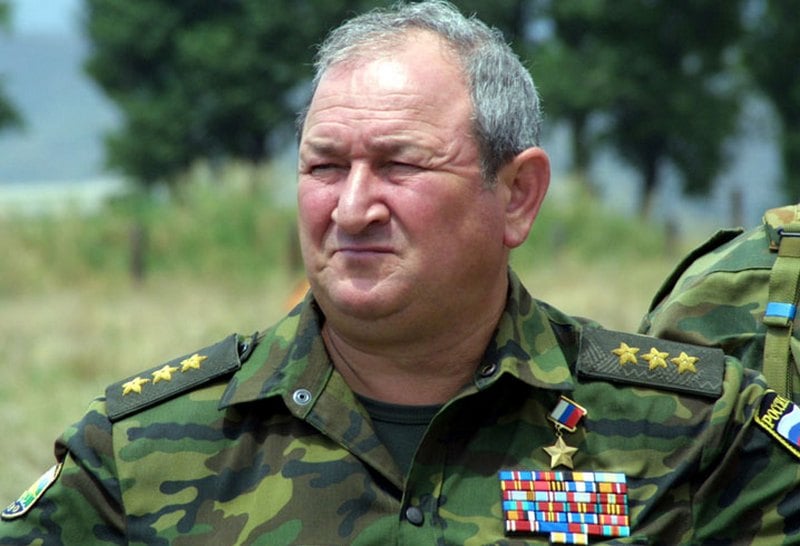 “Today we forget the hard 90s, which also turned into two Chechen wars, the first of which began in December 1994. General Troshev passed them from beginning to end, the soldiers called him their “Batey,” Gennady Alekhin began a meeting with readers.

All these years, along with Gennady Troshev was his press secretary Gennady Alekhin. By the 70 anniversary of the birth of Gennady Nikolaevich, in memory of his commander and comrade in arms, Alekhin wrote a book about the invisible side of this war, as it was experienced by a native of Grozny, Gennady Troshev.

In 90, according to Alekhin, generals and officers who fought in Chechnya and other hot spots in the former USSR prevented Russia from falling apart. It was not very easy, because the information war against the Russian army, including part of the Russian media, began. This is a very specific war, because truth is never sweet, and informational lies are always sweet.

General Troshev was one of the first to understand the importance of the information section of the front, and together with his press service he began active operations. Gradually, to work with journalists, a system of “friend or foe” was developed, the war correspondents of Troshevsky Pula gave truthful information to the Russian media from the forefront. Journalists called Troshev a general “let's talk” - these were Gennady Nikolayevich’s favorite words when he met with the writing and filming fraternity.

“What a good soldier we have, everything will prevail!” - Troshev often repeated, but said another thing: "the face of the war is terrible." Anything can happen in a war, once he noted a gunner for himself tank Eugene Kapustin from Volgograd, he accurately shot and burned in the tank, was seriously wounded.

Troshev presented Kapustin to the title of Hero of Russia, and Moscow officials put his order under cloth. Then, when meeting with President Putin, Gennady Nikolayevich raised the question of the feat of Kapustin, and he was awarded the title Hero of Russia. Alyokhin told about many interesting cases in the war, and about Troshev's "traditional three glasses" on the occasion of victories, and that more than the commander of the troops did not take a drop of alcohol in his mouth and strictly asked others: the war of "overkill" does not forgive ...

After the end of the Chechen war, Colonel General Gennady Troshev was an adviser to the president on Cossack affairs, he died tragically in aviation disaster in 2008.

Today, the information war continues, says Gennady Alekhin. He himself is a Kharkiv citizen, now lives in Belgorod and is following with pain the events in Ukraine, in his native Kharkov, where there is a Ukrainian civil and information war. “We have received a hostile state on our borders and have already got used to it.” And they praise Bandera ...

Ctrl Enter
Noticed oshЫbku Highlight text and press. Ctrl + Enter
We are
Zyuganov: the American ambassador was shot as the last dogYuri Drozdov: Russia prepared the role of the sacrificial calf
14 comments
Information
Dear reader, to leave comments on the publication, you must to register.