February 2 2018
72
Several times in a row, Moldovan parliamentarians, representing a frank pro-Romanian majority in the current Moldovan legislative body, deprived the president of the country, Igor Dodon, of authority. And every time this happened at a time when the country needed to push through an unpopular decision that Dodon would reject without being “temporarily” deprived of authority. This is an amazing version of the parliamentary form of government, when the parliamentary faction, which is not currently supported by the people, actually focuses on itself the functions of all three branches of government, while still managing to “deactivate” the presidential function of the said Dodon.


It was necessary to send a military contingent of neutral (militarily, according to the country's constitution) outside of Moldova (to the teachings on the territory covered by the civil war of Ukraine) - Dodon was “turned off”, the contingent was sent. It was necessary to appoint a frankly pro-Romanian minister - Dodon was again "turned off", the minister was appointed. An interesting form of government, which looks like a real grimace of democracy.

And the situation of the actual Moldovan political crisis continues to manifest itself. And already in such forms, when the very statehood of the Republic of Moldova by the ruling elites is sacrificed to those whose interests are served by individual members of parliament.

One of the most recent examples is that the other day, in five settlements of Moldova, local residents (and certainly hardly at the call of their own hearts) adopted a kind of declaration “on unification with Romania”. "Voennoye Obozreniye" reported this case in news summaries. We are talking about an unexpected "political" outburst of the inhabitants of a number of villages in the Causeni Edinet, Stefan-Vod and Ialoveni regions of the republic. Local councils have announced that they are proclaiming themselves Romanian territories and are demanding that Romanian laws are in effect on their land. The declarations were certified by the representatives of the village councils.

Recently, pro-Romanian activists decided to hold an anti-state action already in the capital of the country, Chisinau. Representatives of the radical movement tried to organize the arson of the Moldovan flag under the Arc de Triomphe.

The situation is commented on by the President of the Republic, Igor Dodon, on Facebook:
During the last month, representatives of a number of localities of the Republic of Moldova committed acts of an anti-state, anti-people and anti-constitutional nature. We are talking about the so-called declarations signed by local elected representatives from the respective localities. These declarations aim at the abolition of the state of the Republic of Moldova and its inclusion in the neighboring state - Romania.

Moreover, on January 30 an act of state-scale vandalism was committed: there was an attempt to burn the national flag hung inside the Triumphal Arch on the Great National Assembly Square.

I categorically condemn the actions of a number of representatives of localities of the Republic of Moldova, as well as indifference, negligence or, possibly, malicious intent on the part of such agencies as NIB, MIA, General Prosecutor’s Office, which are obliged to stop such actions.
Following the provisions of Art. 77 of the Constitution of the Republic of Moldova, demanding reports from authorized agencies, also ordered the convening of the Supreme Security Council, within which it is necessary to discuss and develop a position on actions aimed at undermining the sovereignty, independence and territorial integrity of the Republic of Moldova.

But Igor Dodon did not wait for any reports. This actually confirmed the fact that those who turned out to be part of the current Moldovan government are not interested in the very fact of the existence of an independent Moldavian state and are attempting to eliminate Moldovan sovereignty by joining the RM to neighboring Romania. Moreover, these attempts look more and more dangerous for the independence of Moldova.

However, among the majority of the population of the Republic of Moldova, the activity of unionists could not but cause a reaction. Against the background of the actions of pro-Romanian forces in the country, citizens recalled who is in the composition of the Moldovan authorities. So, in the constitutional court, which has recently only been occupied by the “temporary” removal of the president, there are five judges with Romanian passports. And some sit for years. An unprecedented fact: the constitution of the country has been set up to protect those who have passports of citizens of another country - and that which expects to crush Moldova itself.

Another most interesting fact about Mr. Pantsyru: before heading the Moldovan Constitutional Court in 2017, he occupied the chair (attention!) Of the Senator in the Romanian Parliament. It turns out that something similar is possible not only in Ukraine ...

And in such political surrealism, Moldova is going to achieve economic and geopolitical successes? 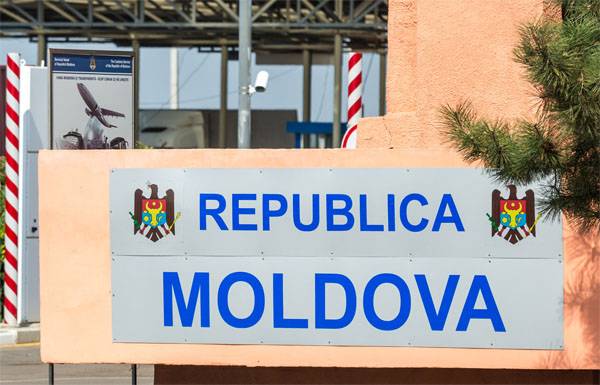 It is noteworthy that, against the background of Moldovan surrealism, even the Romanian president Klaus Johannis announced that Chisinau should not expect no European integration by entering Romania. Such a statement was a real blow to the Moldovan unionists, who are looking for opportunities to recover from the blow of fate.

Moldavian President Igor Dodon urges citizens to come to the polling stations for the upcoming parliamentary elections - in order to give an unequivocal answer about what Moldovan citizens want to see their country. At stake, as Dodon says, is actually statehood, giving thought to whether the new terms in power of the pro-Romanian liberals will lead to the disintegration of the Republic of Moldova and a possible new war on the Dniester.

Ctrl Enter
Noticed oshЫbku Highlight text and press. Ctrl + Enter
We are
Moldovan independence: 24 of political uncertaintyNew US Democratic Approach in Moldova: Unite and Conquer
72 comments
Information
Dear reader, to leave comments on the publication, you must to register.