Ukraine will have a real threat to Russia in ten years

February 3 2018
50
Ukraine seems to be closer to own production of a new type for the country. weapons - cruise missiles. It is alleged that the Ukrainian development will have a number of important fighting qualities. And although some experts reacted ironically to the tests that had taken place in Ukraine, others estimate the appearance of such missiles more than seriously. 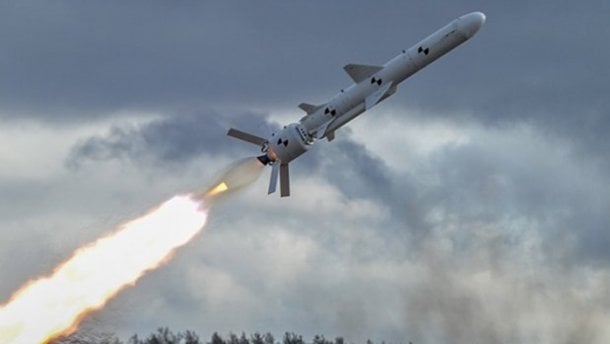 Earlier, the successful testing was announced by the Secretary of the National Security and Defense Council of Ukraine Oleksandr Turchynov, publishing a photo and video of the tests.

“Today, successful first flight tests of a Ukrainian cruise missile — an effective, high-precision weapon that can destroy enemy targets — land and sea targets — took place at long range,” the newspaper VIEW quoted him. As is known, the APU did not have cruise missiles (KR) after signing the Budapest Memorandum in 1994. After the collapse of the USSR, more than 1000 strategic air-conditioned X-22 airborne tanks were used in Ukraine for use by Tu-160 and Tu-95 bombers. Partially they were destroyed, in part - transferred to Russia.

“And this rocket can bend around the terrain, yes. And it is being prepared in the format of land, sea and air basing, ”Poroshenko’s advisor Yury Biryukov added on Tuesday evening not without pride.

The video shows the launch of a rocket from a transport and launch container. Apparently, we are talking about the anti-ship cruise missile "Neptune", which was developed by the Kiev design bureau "Luch", and is produced in cooperation with several Ukrainian enterprises, including Kharkov aviation factory and Motor Sich. The network noted that the missile is similar in design to the Soviet anti-ship missile X-35.

Russian generals did not believe Turchinov

Russian politicians took the news from Kiev with irony. The Chairman of the State Duma Committee on Defense, General Vladimir Shamanov, regarded the statement of Kiev politicians as nothing more than “propaganda”.

“They have all the resources for propaganda, but launching rockets requires special preparation. More than once we have witnessed loud statements, for which there was nothing, ”Shamanov reminded the newspaper VIEW. “And now they are trying to prove to us that there are missiles.”

And his first deputy, General Victor Zavarzin, called to treat such messages with humor. “Tomorrow we can be told that they have a flying tank,” Zavarzin told the newspaper VIEW. - We must not forget that at some point in Ukraine the funding of scientific departments ceased. Yes, the experts are still there. But they are unlikely to be able to develop a new rocket. Maybe on the basis of the old Soviet one, but I doubt it. ”

Military analysts also perceived the statement of Kiev as a “misinformation”, but only partially.

“Most likely, the claims that this rocket can go around the relief is not true,”

- Konstantin Sivkov, corresponding member of the Russian Academy of Rocket and Artillery Sciences, told the newspaper VIEW, who, by the way, did not rule out that another Soviet rocket, the sea P-120, formed the basis of the Ukrainian development. “Firstly, the flight support system with the rounding of the terrain for small-sized rockets is a rather complicated system that was created only in the territory of the RSFSR. Secondly, the rounding of the relief makes sense only in cases when it comes to shooting at long distances, ”he explained.

“A rocket of such a class as the P-120 or X-35, or derivatives, differ from them in a small range. Therefore, it makes no sense to make such systems on these missiles. And to ensure the production of such systems, you must have the appropriate electronics. I do not see the material and technical base in Ukraine in order to create such a rocket, ”concluded Sivkov.

“But they have no electronics, guidance systems, housing”

In August 16 of the year, we recall, Poroshenko announced a program of re-equipment of the Ukrainian army, including the task of creating cruise missiles. But the first vice-president of the Russian Union of Engineers, Ivan Andrievsky, in an interview with the newspaper VIEW, then expressed doubts about the veracity of Poroshenko’s words.

“They can do something in a very large cooperation with the US or the EU, under their leadership, using their remaining capacities,” he stressed. - They made engines at Yuzhmash and can continue to make them there. But they do not have everything else - electronics, guidance systems, housing. "

Experts noticed that from the video it was not even clear whether the missile hit at least some target. However, this was not even announced. Neither its flight range, nor the presence of a target designation and homing system is known yet, and this is the most important parameter for a rocket.

“The main issue is in the homing head,” Igor Korotchenko, editor-in-chief of the magazine National Defense, told the VIEW newspaper. - Can Ukraine produce such heads under current conditions? The big question. That is, the concept of starting and flying a certain distance without reference to the defeat of a specific goal is being worked out. The works are at the initial stage. ”

The fact that the Ukrainian rocket is a modernization of the X-35, is indicated by similar dimensions and a characteristic trace from the operation of a solid-fuel engine, told the head of the department of political science and sociology of the PRUE. Plekhanov Andrey Koshkin. “The rocket is reliable, it has a great potential for modernization, I suppose, Ukrainian developers have taken advantage of this,” the expert added. The expert made a reservation that even in Soviet times, since the start of production of cruise missiles in 1984, successful launches could only be made four years later. And only in the 2003 year, after substantial modernization, it began to enter into service with the Russian army.

The head of the analytical AST Center, a member of the public council at the Ministry of Defense, Ruslan Pukhov, also took the tests in Ukraine seriously. In his opinion, the Ukrainian rocket projects (Neptune and Thunder-2) should not be underestimated. “There is a threat of the deployment in a few years of serious and relatively high-precision weapons systems of a hostile state in close proximity to important and densely populated regions of Russia, including Moscow,” the expert warned in an interview with MK.

“From a military point of view, this threat will require strengthening the air defense and missile defense systems of Moscow and the entire Central Region, but in any case these systems will complicate the military-political situation, and for the leadership of Ukraine they will become a powerful political propaganda argument about the alleged“ intimidation of Moscow ”. “In a good way,” Pukhov advised, “It would be desirable for Russia to prevent the deployment or creation of such systems in Ukraine altogether.”

A scientific editor of the magazine "Arms Export" Mikhail Barabanov does not exclude that the rocket will become a direct threat to Russia in 10 years.