88 years ago, on January 30, for the first time, the prototype of the Soviet multipurpose combat aircraft ANT-1930 (P-10), developed by the design team under the direction of A.N. Tupolev. The first stage of testing revealed a number of shortcomings, which, in general, is common for almost any new car. The plane was sent for revision, which was completed by the summer. After that, ANT-7 successfully overcame state tests. However, he was not accepted into service and he did not go into the series, and the prototype was sent to Central Asia and used for postal transportation.

The fact of the matter is that by the fall of the 1930, another aircraft of the same purpose, the Polikarpovskiy P-5, had already been mass-produced. And while Polikarpov himself was sitting in a "sharashka" on charges of espionage and subversive activities, his car was preferred to an aircraft that seemed to be in favor of the Bolsheviks Tupolev (his turn to "fit" would not be suitable soon). The reason is simple: the Tupolev machine was all-metal, and the Polykarpovka was wooden.

The difference in price and availability between wood and duralumin was a decisive factor, despite the fact that metal machines are much more durable and durable than airplanes with a frame made of pine slats and cladding of plywood and calico. Moreover, the wood in those days was not plasticized and not soaked with antiseptic compounds, because of which it dampened, warped and rotted.

But the Soviet leadership wanted to have more planes in a short time and at a minimal price, but he didn’t particularly care about the durability. After all, the country in the 20-30 years constantly lived in anticipation of war, as the early Christians expected the second coming from year to year. As a result, the P-5 was produced for seven years, until it was completely obsolete. By the beginning of the second half of the 30's, it became the most massive Soviet aircraft, measured in more than five thousand pieces, and the P-7 remained in a single copy.

Above - P-7 coloring during the second test phase. Below - photographs of the prototype P-5 and P-7. 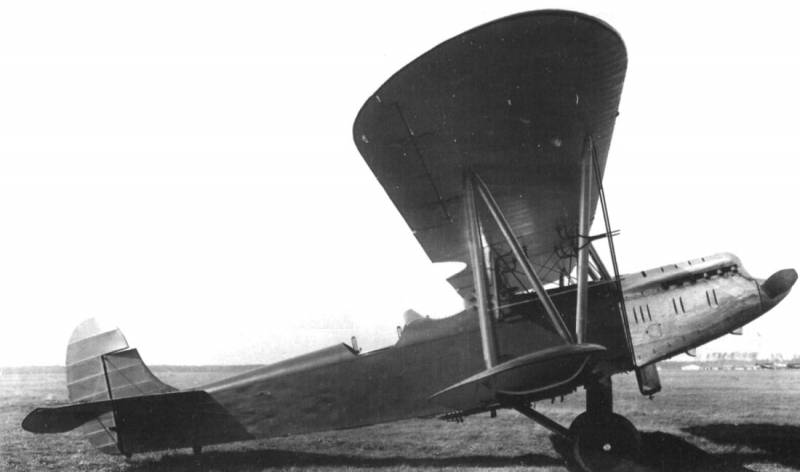 Ctrl Enter
Noticed oshЫbku Highlight text and press. Ctrl + Enter
We are
An-12 in AfghanistanHistory of Soviet Aviation. Polikarpov P-1 - the first serial Soviet aircraft
22 comments
Information
Dear reader, to leave comments on the publication, you must to register.