In the death of "San Juan" journalists found a British trace

February 1 2018
32
Missing Argentine diesel-electric subs "San Juan" could sink when trying to escape from a British nuclear submarine, reports Look with reference to the edition of Infobae.com. 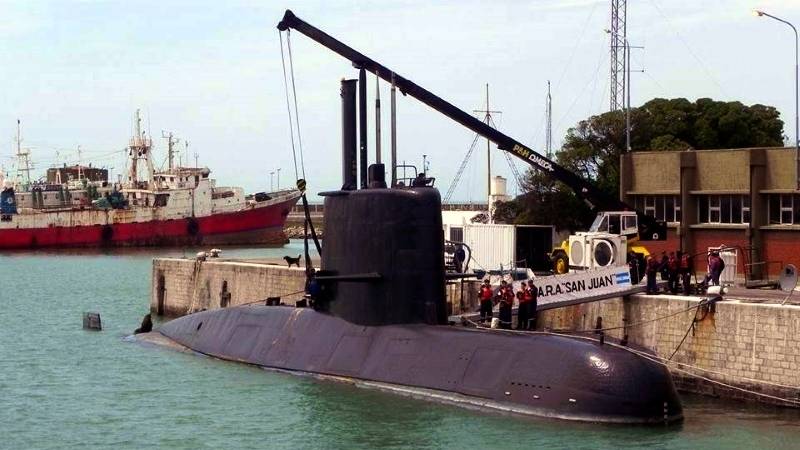 “During the penultimate mission, San Juan discovered a British nuclear submarine. This happened on July 9 on the 2017 of the year near Argentina’s exclusive economic zone, ”the newspaper writes.

It is reported that "the British submarine was detected by the sounds during maneuvers." The Argentine crew was ordered to "reduce noise to the maximum and continue tracking the submarine." Data on records of underwater noise were sent to the Argentine Navy.

The author of the publication notes that “patrolling the territory in the Falkland Islands area by an Argentine submarine could have been illegal, since according to the terms of the peace treaty Argentina should warn the British about such operations.” And to escape from the British submarine, the San Juan could descend to a depth below 100 meters.

For about a year, the immersion of the Argentine submarine was limited to one hundred meters, as below "its tightness is not guaranteed." This decision was made due to the fact that the submarine "significantly longer than 18 months" was not on the technical inspection.

Earlier, the Argentine Navy claimed that the cause of San Juan’s death could have been an explosion due to the high concentration of hydrogen on board the submarine.

Ctrl Enter
Noticed oshЫbku Highlight text and press. Ctrl + Enter
We are
Russian Navy. Sad look into the future. Part of 4. "Halibut" and "Lada"
32 comments
Information
Dear reader, to leave comments on the publication, you must to register.