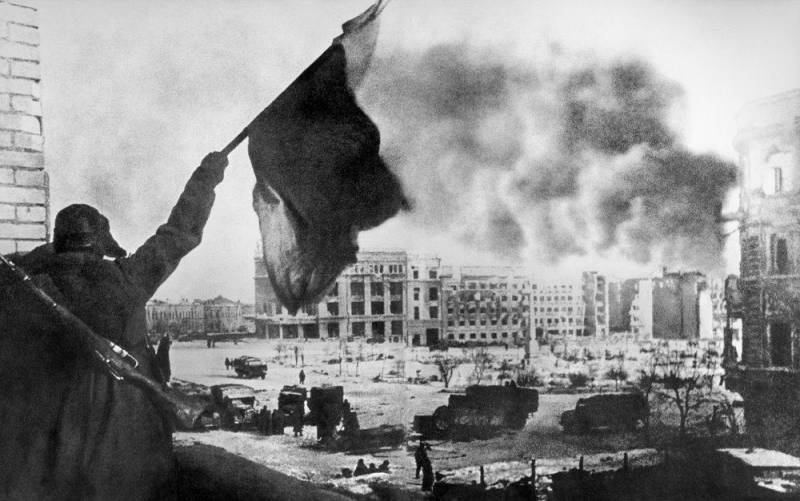 Adolf Hitler planned to gain control over Stalingrad and, thus, cut the main arteries connecting the central part of the RSFSR with the Caucasus. The Fuhrer hoped that the seizure of Stalingrad would make it possible to intensify the offensive in the Caucasus and substantially weaken the Red Army units defending it. We should not forget about the symbolic component of the Stalingrad operation. The city on the Volga bore the name of Stalin and his seizure with the subsequent renaming, in Hitler's opinion, was to be the strongest blow to the vanity of the Soviet leader. The colossal forces of the Wehrmacht and the SS troops, plus the Allied armies of Hitler of Hungary, Italy, Romania, Finland and Croatia, were concentrated to attack on Stalingrad.

The German offensive continued from July 17 to November 18 1942. More than 430 of thousands of Hitlerite military personnel and soldiers of the Allied armies were thrown at Stalingrad, and the number of the Fuhrer was increasing as the battles became more fierce. By November 1942 years in the Stalingrad area has focused more 987 300 Wehrmacht and allied armies, including more than 400 thousand soldiers and officers of Hitler's Germany, 220 thousand soldiers and officers of the Italian Army, 200 thousand Hungarian soldiers, 143 thousand Romanian soldiers, 20 thousand Finnish soldiers (this is about the identity of Marshal Mannerheim and Finland’s participation in the war on Hitler’s side - not only the blockade of Leningrad in the terrible years of the Finnish army) and 4 thousands of soldiers of the Croatian army. 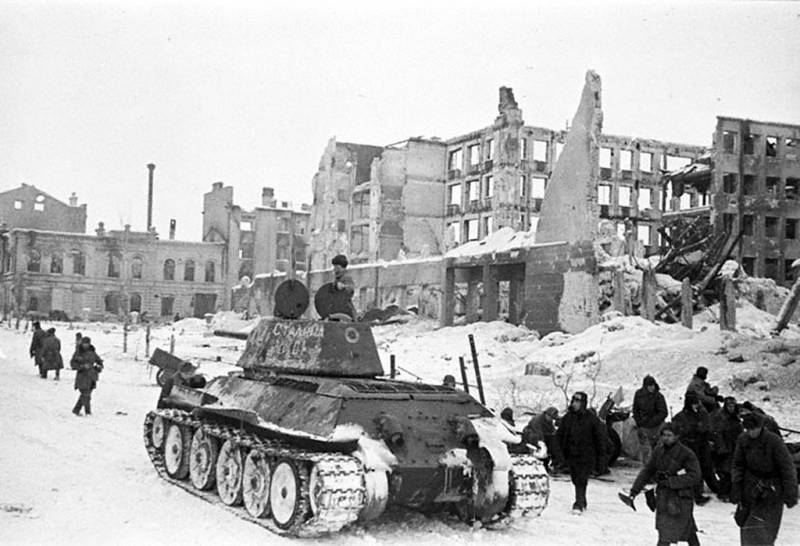 The number of forces of the Red Army, participating in the Battle of Stalingrad, was significantly less. By the time Hitler began the offensive, the Red Army command had concentrated 386 000 people, by November 1942, the number of Soviet troops in the Stalingrad area numbered 780 thousand people. 12 July 1942 of the year on the basis of the field control of the troops of the Southwestern Front formed the Stalingrad Front, which included the 21, 62, 63 and 64 army. Marshal of the Soviet Union Semen Timoshenko, who previously commanded the South-Western Front, was appointed commander of the front. However, after 20 days, 23 on July 1942 was replaced by Lieutenant General Vasily Gordov, who had previously commanded the 21 army, as the front commander of XNUMX. But Gordov also held out for a responsible position for two months, allowing, in the opinion of the higher command, a number of mistakes. 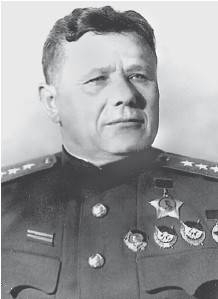 13 August 1942 was appointed Colonel General Andrei Eremenko, commander of the Stalingrad Front, a former non-commissioned officer of the tsarist army, a member of the Civil War, who went from the rank and file to the general in the Red Army. Before his appointment to the Stalingrad front, Yeremenko commanded the Southeast Front. For over three months, under the command of Yeremenko, Soviet troops held back the Nazi offensive near Stalingrad.

The command of Hitler's 6 army, which played a key role in the Battle of Stalingrad, was carried out by Friedrich Paulus, who was considered in Germany to be one of the most talented military leaders. It was the 6 Army of Paulus that was surrounded by the Red Army in besieged Stalingrad. Although Paulus warned the Fuhrer that Stalingrad was better left to avoid the catastrophic defeat of the German troops, Hitler ordered them to hold on to the last. This, in fact, signed the sentence of the Paulus army. Although Friedrich Paulus himself 30 January 1943 of the year was promoted to field marshal. This decision of Hitler was more of a psychological nature - the Fuhrer emphasized that no German field marshal had ever been captured.

In fact, in the current situation at the front, this implied a requirement for Paulus to commit suicide in the event of a final defeat or to fall in battle. However, Paulus chose a different path. The next morning, after assigning field marshal's title, January 31 1943, Paulus handed over to the Soviet command a request for surrender. Major General Ivan Laskin, Chief of Staff of the 64 Army of the Red Army, arrived to the talks and took Field Marshal Paulus to Beketovka to lieutenant-general Mikhail Shumilov, commander of the 64 Army. The German military leader who surrendered was first interrogated. Then Paulus was taken to the front commander, Colonel-General Konstantin Rokossovsky. However, on the proposal of Rokossovsky to order the continuing resistance units of the 6 Army to capitulate Field Marshal Paulus refused. He replied to the Soviet commander that he was now a prisoner of war and could not order the current command of the units and formations of the Wehrmacht. However, the resistance of the Nazis in Stalingrad was crushed without the order of Paulus. 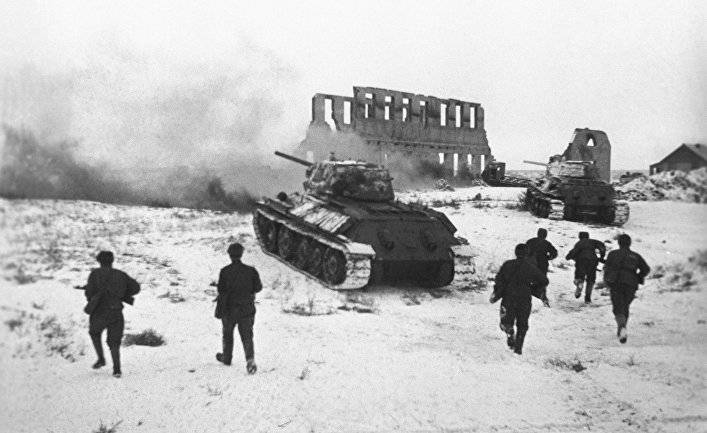 February 2, 1943, the Nazi troops in Stalingrad were completely defeated. Germany lost 32 divisions and 3 brigades in full force, the 6th field and 4th tank German armies, 8th Italian army, 3rd and 4th Romanian armies. About 91 thousand soldiers and officers were captured. However, German propaganda reported in Germany that the 6th Army died on the battlefield in full force. For Hitler Germany, the defeat at Stalingrad was the beginning of the end. Of course, the leadership of the Third Reich could not predict the consequences of the Wehrmacht's Stalingrad catastrophe, but it was the defeat at Stalingrad that radically changed the course of not only the Great Patriotic War, but also of the whole of World War II as a whole.

In addition to the Wehrmacht, Italian, Romanian, Hungarian, Croatian troops participated in the Battle of Stalingrad. All of them also suffered a crushing defeat, but if the Germans were motivated by the idea of ​​Great Germany, then in the allied countries the population increasingly thought about why their countrymen died on the front. In the battle of Stalingrad, the Romanian 22, the Italian 10 and the Hungarian 10 divisions, the Croatian regiment were defeated. The two Romanian corps, which were part of the Wehrmacht’s 4 Tank Army, were forced to send command to Romania, since the personnel were completely demoralized and unable to further participate in the hostilities. After Stalingrad, Hitler had to abandon the use of the troops of the allied states at the front - Hungarian, Romanian and Slovak units were used only in the rear.

Moreover, anti-war and anti-Hitler sentiments intensified in the Axis countries, not only among ordinary citizens, soldiers and officers, but also among representatives of the military-political elite. The battle of Stalingrad forced Turkey, which Germany considered its potential ally, to abandon plans to start a war with the Soviet Union and the invasion of the Transcaucasus. In Romania, which supplied Germany with a huge amount of oil, the economic situation seriously worsened, discontent with the regime of Ion Antonescu, who actually ruled the country, began to grow. But the most difficult situation is in Italy. Here, many representatives of the highest military circles, including Marshal of Italy Pietro Badoglio, began to show discontent with Benito Mussolini’s policies. Soon even the king of Italy Victor Emmanuel joined the plot against Mussolini. All these events were the direct foreign policy result of the Battle of Stalingrad.

The victory of the Red Army incredibly increased the international prestige of the Soviet Union. All over the world, people intensely watched the epoch-making battle unfolding on the Volga. When the Hitler army capitulated, there was no limit to the jubilation of the population of Europe occupied by the Nazis and their allies. The Soviet victory was highly appreciated by the leaders of the countries participating in the anti-Hitler coalition. Franklin Roosevelt sent a congratulatory message to Joseph Stalin, and the English King George VI presented the Soviet leader with a sword with the inscription: "Stalingrad citizens, strong as steel, from King George VI as a sign of deep admiration of the British people." Winston Churchill passed this sword to Stalin at the Tehran Conference.

It was after the Battle of Stalingrad that the United States and Great Britain made the final decision on the landing of troops in Europe. In the summer of 1943, the Allies landed on Sicily and soon a military coup occurred in Italy that overthrew the power of Benito Mussolini. Hitler's key ally in Europe, fascist Italy capitulated to the Western powers 3 September 1943, and October 13 1943, the new Italian government, created under the leadership of Marshal Pietro Badoglio, declared war on Hitler Germany.

Freed from the Nazis, the city lay in ruins. As a result of the battle, 90,5% of the pre-war housing stock of Stalingrad was destroyed, industrial enterprises, social institutions, transport infrastructure and communications were destroyed. The Soviet state was faced with a colossal task - to restore Stalingrad, to make it not just fit for people, but a modern and comfortable city, returning the townspeople a debt for the hardships suffered. The first restored object of Stalingrad was the famous Pavlov House. It was here, in the four-story house, that the 58 days were heroically defended by a group of Red Army soldiers. First, on September 27, 1942, a group of four soldiers under the command of Sergeant Yakov Pavlov, commander of the machine gun department of the 7 squadron of the 42 guards rifle regiment, captured the four-story building and entrenched in it, repelling the enemy’s attacks, and on the third day the building arrived reinforcement - a machine gun platoon of Lieutenant Ivan Afanasyev. 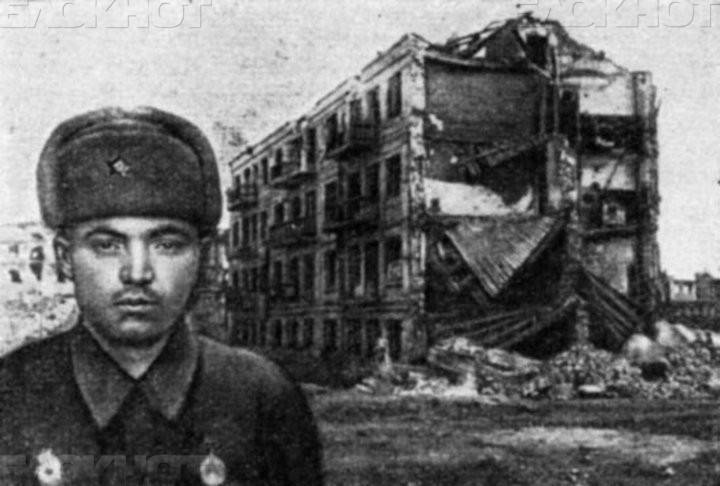 For two months, the Red Army soldiers defended a key point, not allowing the Nazis to approach the Volga. Despite the fact that the house was shelled by artillery, air strikes were inflicted on it, the Red Army men did not leave the building. Yakov Pavlov ended the war under Stettin, with the rank of junior lieutenant, and on 17 on June 1945, he was awarded the high title of Hero of the Soviet Union. To another commander, Ivan Afanasyev, fate was less supportive. The senior lieutenant Afanasyev, who lost his eyesight as a result of the contusion, was not awarded the Golden Star of the Hero of the Soviet Union. Only in the post-war period, thanks to the efforts of colleagues, about the feat of this man became known to the general public.

There are still ongoing discussions about whether it was worth renaming the city, which entered world history as Stalingrad, into Volgograd. Recall that the city was renamed 10 November 1961 of the year, and 8 May 1965 of the year, on the eve of the 20 anniversary of the Great Victory, Volgograd received the status of the City - Hero. The memory of the Battle of Stalingrad and its heroes is immortalized in monuments, street and square names, educational institutions, but most importantly - even now, after 75 years after the defeat of the Nazis at Stalingrad, February 2 remains a very significant date for all true patriots of our country.

Ctrl Enter
Noticed oshЫbku Highlight text and press. Ctrl + Enter
We are
Stalingrad "boiler"Day of the defeat by the Soviet troops of the German fascist troops in the Battle of Stalingrad
47 comments
Information
Dear reader, to leave comments on the publication, you must to register.